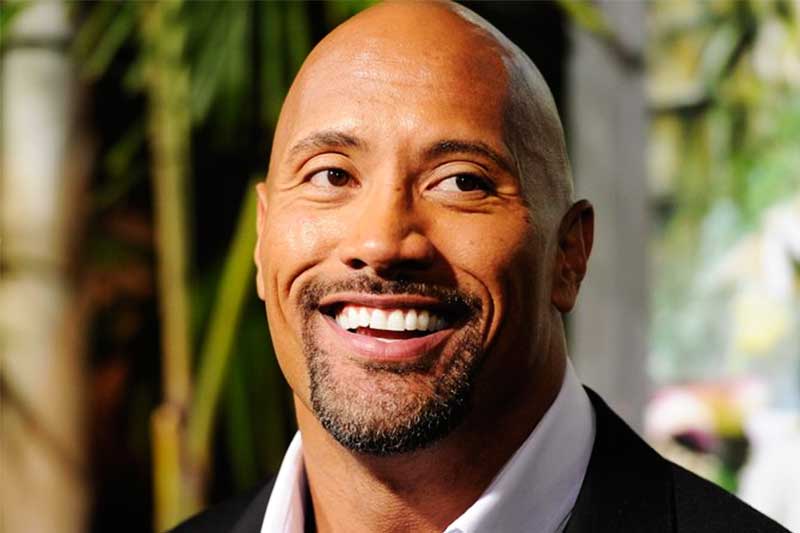 Yet Another Manifestation of Racial Confusion

In October, Dwayne ‘The Rock’ Johnson was told that he’s not black enough to play John Henry, an “African American” Folklore legend — the details of which demonstrate one thing: some blacks are confused about their race.

This racial confusion permeates so-called black societies all over the world; an entire group of people who neither know their race, nor on what grounds to define it.

The problem stems from identifying with a colour or shade as one’s race. The word “black” describes nothing except one of the world’s shades and is usually associated with evil. However, it cannot describe accurately someone’s race.

I challenge anyone who disagrees with this premise to tell me what the word black describes on a “black” person. Most would reply their skin colour but that is wrong; not only because black is not even a colour, but also because no one in history has ever had black skin.

What most describe as “black” skin, actually ranges from many shades of brown; while some who are cast as “black” are even lighter than any shade of brown. Yet none of these are called brown or cream, or cocoa, or whatever colour their skin actually is, in regards to their race. They are simply and inaccurately called black; and thus the confusion is perpetuated.

However, I do not advocate identifying race by calling anyone by their actual skin colour either. The above is just to point out the many inconsistencies that this colour application to the races has; inconsistencies which have led to incidents like what happened with the former WWE star.

In order to remedy this racial confusion, we must be able to educate ourselves on what race actually is.

Of course finding out one’s actual race based on one’s forefathers in a society like ours, where we’ve been taught that we don’t need to know our fathers, in order to lead normal lives, is going to be extremely difficult.

Add to that the fact that historians and other interest groups here, do not seem to be interested in delving into our actual ancestry; and would much rather posit that we’re all descended from “African Kings”, be they from Western Kingdoms like Dahomey, or Eastern ones like Egypt and Ethiopia.

But this is what makes this most recent case with The Rock, quite interesting; a sort of Tiger Woods situation. His father is what most would describe as “black” while his mother is what they call “Polynesian”. The Rock therefore is “light-skinned”, and although he’s described as “a black man”, he also has Polynesian features.

The Rock, when announcing the news of him playing this fictitious character, tweeted this: “‘When the man comes around. Honored to play a childhood hero of mine, JOHN HENRY & his disruptive band of fellow folklore legends from around the world,’”

The Daily Mail reported that “The legend of John Henry [the character that The Rock is going to play]; tells the tale of a black steel-driver, and former slave, who raced against a steam-powered rock drilling machine supposedly in the 1800s.”

However, as the Daily Mail also reported; “Many took issue with Johnson taking the role”. One person tweeted this: “‘How can you play BOTH a Polynesian demigod in “Moana” and a black former slave, John Henry? I’ll tell you why, #onedroprule makes biracials “chameleons”. And they will have NO problem taking those roles.”

And herein lies the problem. There is no such thing as biracial, and so these “blacks” are using The Rock’s Polynesian background, as a stick with which to beat the “blackness” out of him.

Also, you will also notice the vitriol aimed his way for even identifying with his Polynesian background; seen by so-called blacks, as a repudiation of the “black race.” Just ask Tiger Woods what identifying as Asian did to his perception amongst “blacks” in the U.S.

Another person tweeted: “Check the source, song and stories. John Henry has always been imagined as a dark-skinned man. That’s not up for debate.”

In other words, the Rock isn’t “black enough.” Twisted logic, I know, but this is what happens when you identify a race as a colour; a thing which makes absolutely no sense whatsoever.

Where do the terms “white-bake” and “tar baby” come from; terms which though opposite, both somehow describe so-called black people all the same? Is this somehow a manifestation of our racial unity? Or is it a manifestation of the fact that we have buried our true racial identities beneath all of our fake cultural posturing?

Not deep enough to prevent this nasty racial back-and-forth from surfacing occasionally though. We see racial division in schools, where students call one another names based on their racial appearances. The unique thing in our circumstance in St. Lucia is that all of these children (whether light-skinned or dark) are supposed to be “black.”

Therefore it is clear, that despite this unified front of “blackness” being presented by our cultural patrons, the reality on the ground is far from different.

There’s a reason why Dwayne The Rock Johnson, has been criticised for “not being black enough” to play the role of this fictitious character, despite the fact that he is known as a “black man”.

“Black” simply does not suffice as a racial description. Finding out who our actual forefathers were, will help determine and explain who we are on a racial level and help to end all of this “coloured confusion.”