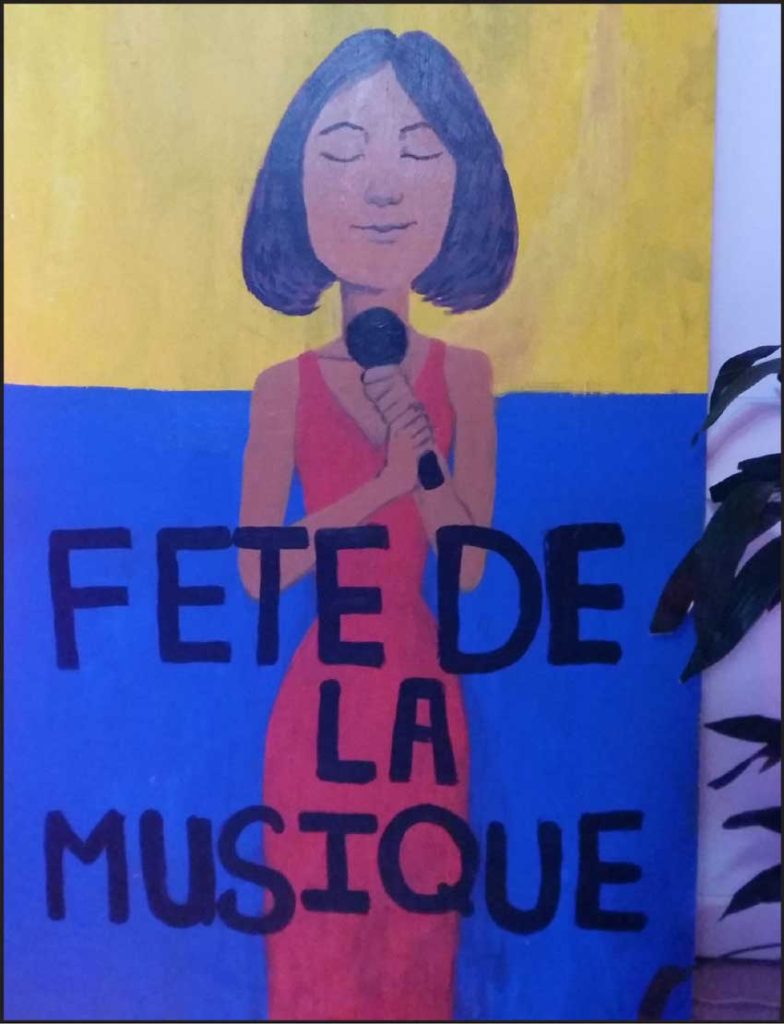 It’s “a very special event in France” said Violette Portier, Cultural Event and Assistant Project Officer at Alliance Française and also the coordinator of the event.

In an exclusive interview with The VOICE, Portier said, “It’s a very festive day for us. It’s a day when everybody can sing and play music everywhere; in the streets …It’s really not just for the artistes alone, but we really want to have music everywhere and have everyone participating.”

Portier also added that “We [at Alliance Française] are very happy to share this event here with the St. Lucian people…”

Prior to the grand finale on Thursday, auditions were held and six artistes were chosen to perform on the night for the big prizes.

Up for grabs were the “2018 Fête de la Musique” and “Best performance in French” awards and their respective prizes.

“We did some auditions before and we selected some people, using a jury…” Portier informed The VOICE.

Nine persons in all auditioned, of which six were chosen and although only three turned-up on the night, they certainly did not disappoint.

Zandilli, Felix and Lawrence all delivered, both impressing and entertaining the audience. Each performed two songs for the Fête de la Musique Award and one song in French for the Best Performance in French award.

The youngest performer of the night, Kristian Lawrence, was able to capture the hearts of those in attendance as he won the Fête de la Musique Award.

That award was decided by the audience, which was asked to select the artiste it felt gave the best performance on the night.

As his prize, Lawrence won a round trip for two to Martinique and a scholarship for one term of French classes at Alliance Française.

Kurt Felix won the Best Performance in French Award with his rendition of the song Histoire d’un amour of Dalida. That award was decided by Stephane Dovert and His Excellency Mr. Philippe Ardanaz.

They said that the decision was a very difficult one and that Zandilli Lucien ran Felix very close for the prize.

Felix also won a round trip for two to Martinique, while both he and Lucien received a scholarship for one term of French classes at Alliance Française.

The contestants were quite complimentary towards each other, with Lucien simply saying: “They were really good, really good” when asked about her competition after their performances.

She continued stating; “I’ve known Kristian for a while. There was an open mike that I used to go to. I’ve never performed there, but I see him performing there all the time and I think he has such an amazing voice and he’s such a good performer. He’s really impressive.”

Felix stated that “They were fantastic” and that Lucien possesses “such a beautiful voice” and Lawrence has “such a big voice and such control at his age”.

Perhaps the most captivating moment of the evening was when Lucien sang her song for the Best Performance in French award – while also carrying her baby boy.

Speaking about it afterwards, Lucien said that “I do everything with my son, to be honest, as he’s my strength, really. I feel like if I can’t do it with him, I probably can’t do it without him.”

Francis “Leebo” de Lima was also remembered at the event, with Linda de Chocolate performing three songs in his memory.

Local band Skip Monday performed at the event as well, while there was an open mike session where everyone was invited to sing karaoke-style to close the proceedings.