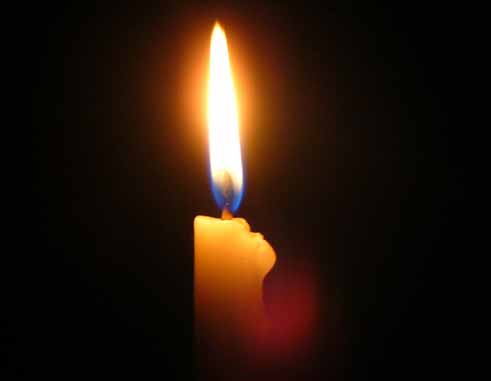 A dedicated foot soldier small in stature but one who exuded dynamic energy—is how Victorin “Sugar” Lawrence was remembered.

Family members, church members, colleagues from the football fraternity along with government officials and parliamentary representatives gathered last week to pay tribute to a ‘fallen soldier’ who passed away earlier last December.

The open air service with regulatory protocols in place was held at the Canaries playing field, last Tuesday, in celebration of the life of someone who ‘touched the hearts’ of many people.

During the eulogy delivered by his biological sister Sue Paul, she spoke fondly of Lawrence‘s upbringing in the rural Canaries district where he was born.

She recalled that the young Victorin was not averse to ‘farm life ‘ and would always find means to weave his way out from performing such chores so that he could spend more time at the village  playing field.

Lawrence lived a life more apt to performances on the sports field and as well, was integrally involved in youth and community development work.

After completing elementary school at Canaries he proceeded to attend his Alma Mata – the Soufriere Comprehensive Secondary School [SCSS]; where his passion for sports took on greater intensity.

According to Paul, he was infinitely passionate about sports. He was not daunted by his parents’ objection to his affirmation to sports, but rather “this gave him the motivation needed and he continued going to the field on every occasion that he got during his free time…and thus the field became his second home.”

As a roving foot soldier, he lived in several communities, before eventually settling down at Sarrot, in the South Castries community where he lived for the better part of his life.

Paul acknowledged his input in the community, stating: “There was nothing that he wouldn’t do for the interested young people to inspire them to use sports and other avenues to help with enhancing their lives. He used the love for sports as an outlet to help mould, shape and build their character into becoming better citizens in the communities.”

Lawrence put in an added thrust and dynamism into sports, social life, and youth development in whichever community that he resided.

According to Paul, after landing his initial work stint with the St Lucia Football Association [SLFA], his brother Milton remarked humorously: “Now you are getting paid for what you love to do most.”

She added: “Victorin became an ambassador for football in St Lucia, grooming and nurturing young talent all the while continuing to assist with advocating the sport in this country. He coached cricket, netball, volleyball to name a few sporting activities to which he sort to lend a hand.”

In the company of his wife Cassandra James, whom he met at Sarrot and with his daughter Princess and stepson Charlie, Lawrence is said to have ‘lived his life to serve others’.

In an emotional address, SLFA President Lyndon Cooper said that despite the loss of Lawrence the association honours “the pride and joy to be found in the outstanding contribution that Victorin “Sugar” Lawrence…the deceased SLFA Grassroots Development Officer made to football and youth development in Saint Lucia.”

Moving forward, he disclosed, the FA will be renaming one of its youth league competitions in a tribute to Lawrence.

He said that Victorin “managed to create a rapid pool of life that has transcended into the development of young people.”

Cooper added: “He was the radius, the epicenter of youth development for the SLFA with a brilliant future ahead…and we have lost a trusted 4-Star General.”

He lauded Lawrence’s efforts in helping to ensure that the FA’s mission was kept vibrant and was influential in assisting to develop and grow local football.

Said Cooper: “We recognise his passion for the ‘beautiful game’…he was a remarkable thinker, an accomplished individual and a wonderful soul.”

He listed Lawrence’s qualities that stood out “leading from the front and to never give up until the task was completed.”

The FA remembers him as “a sincere and loyal worker”, said Cooper.

In paying tribute to Lawrence, the Sarrot SDA described him as “an amazing youth leader, counsellor, friend and ‘father figure’ to the youth.”

“We cannot walk in this finite path that you left, but your legacy will leave an imprint,” the homage added.

Charley noted that his father was “incredible in many ways”, and he was curious and liked to learn, as well, loved to do things on his own. He added that Victorin possessed a lively energy that attracted people to him.

The SCYSC paid glowing tribute to their past youth leader and mentor and fondly recalls the many adventurous episodes that they experienced in his company.

Lawrence managed his flock with a sense of ‘rigid discipline,’ they said and was a pioneer in the sports and youth councils and community development in the Sarrot district.

He was also a former member of the National Youth Council (NYC) and served a stint as a Public Relations Officer (PRO); where he was instrumental in getting the NYC to have a voice in the wider government and social sphere.