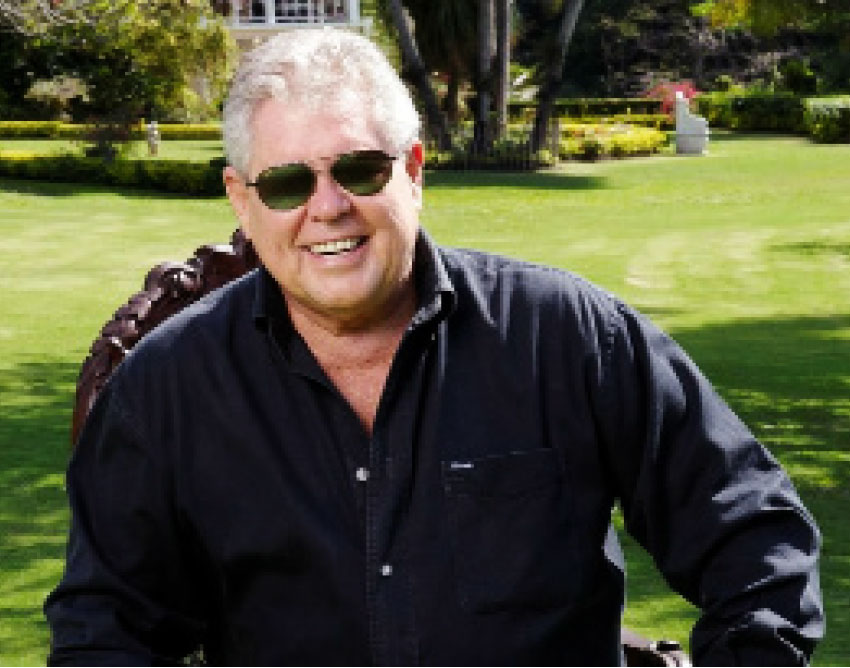 The departure of an icon like Butch Stewart is a tremendous loss to the region.  A quick reflection on his contribution will undoubtedly validate our expressions.

Mr. Stewart arrived in St Lucia in 1993 at the behest of Prime Minister Chastanet who was then Director of Tourism.   While at a tourism trade show in Aruba, Chastanet first met Mr. Stewart and was fascinated by his vision.  Stewart on arrival met Prime Minister John Compton and laid out his vision. His first investment was the purchasing of Sandals La Toc then owned by Cunard Shipping.  That property, though owned by wealthy partners was not very successful after several years of operation and the shareholders were pleased to dispose of the property.  Stewart was very impressed by Compton’s understanding of development but more importantly, the limited time it took to attain planning permission.  The facelift of the hotel started in record time and I was amazed at the nature of the facelift, as to me, it was more like a total reconstruction.  Vast swimming pools were constructed and the grounds were completely changed over.  Several million dollars were spent and his normal phrase was the hotel had to be Sandalized.

The success of Sandals has been the marketing skills of Mr. Stewart.  He was firmly of the opinion since 1993 that the all-inclusive concept was the future of tourism versus the former plan where guests came in, paid for a room and used the hotel’s restaurant if and when required.  This concept was no longer viable as the hotel was unable to generate the income to sustain itself.  The new all-inclusive concept further appealed to the new generation of visitors with a limited budget as they felt more secured from a holiday aspect, as there would be no surprises.  The success of the all-inclusive concept created other options which permitted the ordinary man to get involved within the tourism industry by way of a tour operator and this business has now blossomed allowing the ordinary man to indulge in the spoils without having to get involved in the expensive construction of a hotel.

There was much objection to the all-inclusive concept for years but Stewart was correct and remained steadfast in his vision.  Gradually, St. Lucians embraced the concept and his philosophy grew by leaps and bounds to the extent that major hotel chains like the Marriott totally missed the trend.  The next acquisition was the Halcyon Hotel at Choc when the owners were simply unable to meet their payrolls and maintain the property.  The owners at the time approached me to purchase the hotel but not being a hotelier, I referred them to Mr. Stewart and so the property became Sandals Halcyon.

Around 1997, while on my way to St Lucia from Miami, I made a stop at Turks & Caicos with Mr. Stewart to get acquainted with one of his investments.  In the lobby of the hotel, the CEO of Hyatt Mr. Pritzer came in to have a chat so I quickly took the opportunity to introduce myself and encourage Mr. Pritzer to construct a Hyatt Hotel in St Lucia.  His response was, I will keep you in mind.  Mr Stewart overheard the conversation and quickly jumped in and suggested that Mr Pritzer travel to St Lucia with myself and Mr. Stewart. Mr Pritzer agreed and on our arrival attended a luncheon at the Sandals La Toc where a major function was taking place.  At the end of the function, Mr Stewart suggested that I take a helicopter and show Mr Pritzer around.  Having done so, Mr Pritzer decided that Pigeon Point where the Sandals Grande is presently located would be the ideal spot.

General elections that year was only three months away and I told Mr Pritzer that we should wait until after the general elections to meet with the Prime Minister to be, which turned out to be Dr Anthony.  As we all know, the SLP won the elections that year and thereafter the Hyatt Hotel was born.   Shortly after the Hyatt Hotel started construction the operators ran into financial difficulties and construction ceased.  The British Contractors returned to the UK and were reluctant to return giving a number of reasons which in my opinion made little sense.  As Chairman of Investment St Lucia, I encouraged the contractors to return to St Lucia and promised that their concerns could be negotiated.  Dr Anthony was appraised of the situation and thereafter the concerns were addressed which facilitated the continuation of the project.

On completion of the hotel, certain lingering issues continued and together with the US financial crisis, Hyatt Hotels decided to shut the doors and the hotel was placed on the block. Sandals was the only bidder and finally became the owner of the Hyatt Hotel.  Despite a tremendous amount of money spent on the Hyatt Hotel by the former owners, Sandals spent an additional US $18 million dollars and the hotel became a masterpiece for the Sandals chain.  Mr. Stewart never stopped upgrading his hotels and his three properties on island played a significant part in the economy of St Lucia.

I questioned Mr. Stewart shortly afterwards and discovered that in total he had a staff of 13,000 employees at all his locations within the Caribbean.

As life went on, two of his greatest desires were to have a hotel in Grenada and Barbados respectively, but for some reason or another, the Barbados Government was not yet prepared to embrace the all-inclusive concept and despite the fact that he had purchased a prime hotel site in Barbados as part of the deal in 1993 from Cunard Hotels the property remained undeveloped for several years.  In 2015 a close friend of mine, Mr. Richard Edghill who was a shareholder in La Source Grenada advised me that the hotel was heading to liquidation. I promptly called Mr. Stewart and we all went to Grenada and met with the then Prime Minister Tillman Thomas and his Minister of Finance Mr. Berk and their cabinet and ironed out a deal with the Grenada Government if the La Source Hotel was purchased.  His offer was accepted and within six months work started at the hotel.  Mr. Stewart made a promise to the Grenada Government that he would convert La Source into a six-star hotel within twelve months.  Sandals worked 24-7 for twelve months and produced one of the most amazing hotels in the region.

Shortly before completion of the hotel, the partners in our supermarket business, Barbados Shipping & Trading indicated that they wanted to get out of the hotel industry as it made no sense for them.  Massy was in the throes of taking over Barbados Shipping and Trading and they also were not interested in remaining in the hotel industry.  I suggested to the shareholders Massy/BS&T that Sandals would probably be interested as the Barbados economy had been floundering under the former Prime Minister Fraundell Stewart.  Sandals Resorts then arranged a meeting with the Barbados Government and negotiated similar terms to Grenada and again promised he would deliver a six-star hotel.  Today, this hotel consists of over 600 rooms and became the best hotel in Barbados and also a game changer for the North American market which Barbados never enjoyed as Barbados was known for the British market in a very big way.

In the midst of all these transactions, Sandals remained in an expansion mood in Turk & Caicos, Jamaica and the Bahamas.   Sandals Turks & Caicos represents almost 40 percent of the tourism product and has approximately 1200 rooms on island.  In the year 2005 I went to the Bahamas and spent ten days with Mr. Stewart for father’s day and one day after I arrived, he invited me to dinner with the Prime Minister of Bahamas as he had some private business to discuss.  This business transaction centered around a 250-room hotel situated on Exhuma Island which was owned by Four Seasons and again the owners ran into financial difficulties.  The asking price of that hotel was 250 million dollars and the owners were unable to get any offers as the Bahamas is a very expensive area to operate any business.  The owners had advised the Prime Minister of their plans to shut the hotel down and lay off the entire staff pending the purchase of the hotel, but the Prime Minister was not very pleased.  Fast track forward a deal was struck with Sandals and the hotel became Sandalized.  This is the speed at which Chairman Stewart acted.

In closing I wish to reiterate the incredible qualities which I respected and admired, but more importantly, his tenacity to create and grow with an everlasting spirit of optimism, never allowing situations to dampen his spirits.  These are the incredible features of a visionary. May he rest in peace.