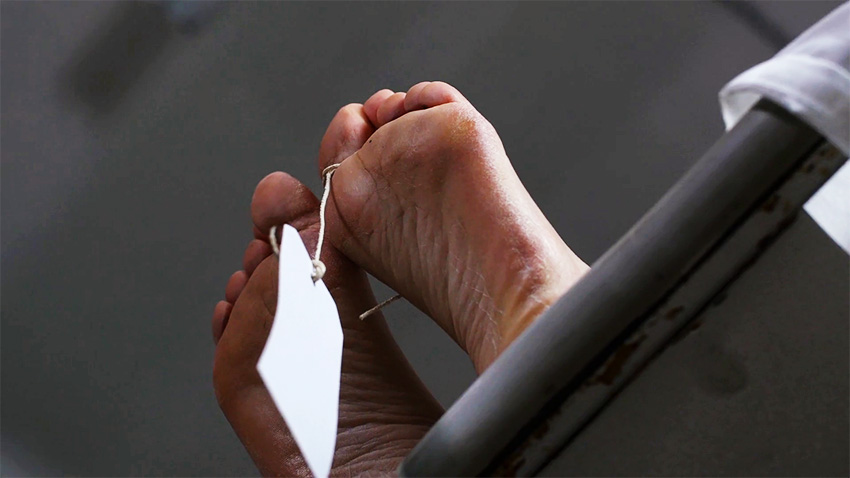 Health authorities have refuted claims of negligence in the death of a young female at the OKEU Hospital, this week.

According to reports, Michelle Wilfred, 28 passed away on Sunday, at the health institution after feeling unwell and was rushed to the OKEU Hospital.

As a result of complaints of negligence by the family of the deceased, the OKEU Hospital is reviewing the case of a death at the institution.

However, Wilfred’s sister Dylan Murphy told reporters that the family is not satisfied with the level of service provided to Michelle while waiting to see a doctor at the time.

According to Murphy, her sister began complaining of excruciating pain whilst at the hospital. Murphy said she begged medical officials to attend to the patient, but to no avail.

She adds that when the patient was eventually attended to, her condition had deteriorated and she died later.

“Why they didn’t help her? Why when I was there I had to beg so much? Sunday morning I was begging the people so much to help my sister and I am seeing that my sister was in so much pain,” she recalled.

Meanwhile, Medical Director at the Owen King EU Hospital – Dr. Alisha Eugene-Ford, stated that she was contacted by respective media houses about the death of a young female patient at the Accident and Emergency Department of the institution.

While expressing empathy with Wilfred’s family and relatives, Dr. Eugene-Ford disclosed, the patient came in on Sunday (Jan. 3) and registered at 10.49a.m.

She adds that about 15 minutes after registration, the patient was ‘triaged’ at 11.01a.m. She said standard initial medical procedures was applied to the patient as well as to ascertain the cause for the visit.

“There is an emergency severity index that is used so that patients are classified from 1 to 5, so that the nurses and physicians are given the information and they have a good idea of how severe the case is,” the medical director explained.

According to Dr. Eugene –Ford, after analysis Wilfred was found to have a severity index of 3. “That person was clinically stable as was documented on their vitals,” she added.

The medical director adds that following examinations by the physician the nurses were henceforth given instructions to attend to the patient. She said that according to their notes the patient was administered with treatment at the scheduled time.

She said these are standard practices at the hospital and they also conduct ‘an internal case review’. In addition to reviewing the files, measures are taken to ensure that timely records are documented and that no late information is entered or removed.

According to Dr. Eugene- Ford, another important factor taken into account is to have the physician consult with the next of kin of the patient. In this case, she adds, Murphy’s boyfriend was contacted and informed of her death.

“He was well informed of the situation and was very cooperative, he received the information well and had a very good conversation with the physician,” she explained. “And he was very helpful in providing us with information that will help us with the matter.”

The medical director notes that with technology, physicians are now able to log into a specified website to get X-Ray results in quick time through their work phone or computer to allow for prescribed treatment of patients.

However, Dr. Eugene- Ford further disclosed that there have been reports of some disturbing behaviour at the institute, where it was reported via social media that when the patient (Wilfred) fell off the bed certain people were laughing at her.

Dr. Eugene- Ford said it is important that when family members file their complaint, they are aware of the person or persons involved that they feel may have led to their distress.  She added that there exists an “open door” policy at the institution and persons are encouraged to consult the administrative staff when situations arise.

“Challenges exist,” declared Dr. Eugene- Ford, “And sometimes it’s through the patients that are complaining or family members that complain we can actually see ways in which we can improve the whole process.”

Subsequently, she concluded, the medical staff awaits the post mortem results, “which will give us a clearer definition of the true diagnosis of the deceased.”