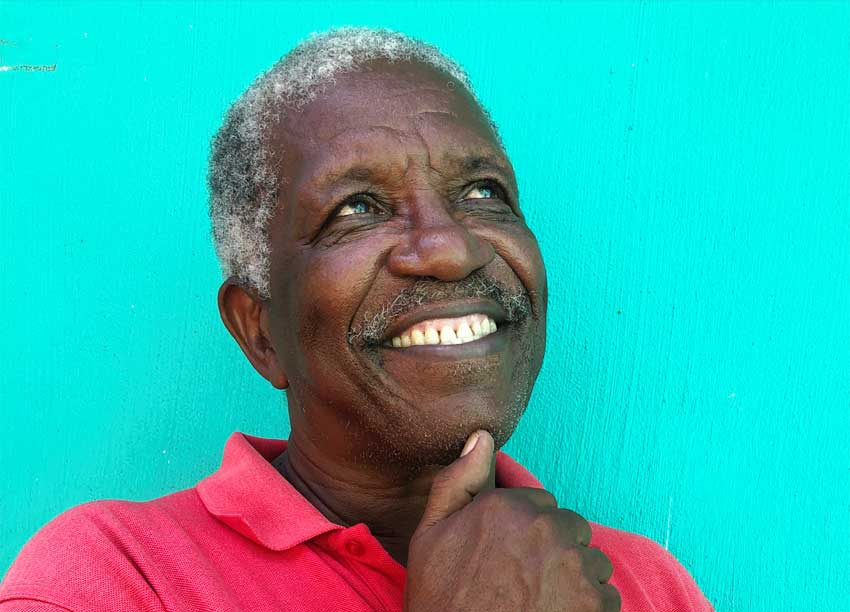 HUBERT Pierre is an extraordinary man. President of the Saint Lucia Red Cross, author, composer and singer, Pierre, no doubt, is doing it all.

He’s incredibly gifted and passionate. I interviewed Pierre recently and his story, I discovered, is an unforgettable one. Pierre grew up in the heart of Conway and back then, he absolutely loved artists like Elvis Presley, Al Green and the incomparable ‘Sparrow’. He loves music immensely—in fact, he said, “I am music and music is me.”

“I remember going to the pan yard in Conway when I was very young. My mother didn’t want me to go to the pan yard but of course, I love music so I went. I wasn’t (allowed) to sing calypso in the house because of Sparrow and all the subliminal (messages). I didn’t realize how much it conceptualized; it actually became part of my life,” he revealed.

“When I started reviewing songs of long ago I found most of the songs that I sang were a lot of calypso and hymns, two different ends of the spectrum. That stayed with me and putting lyrics together was very easy and normal. Even in school, I’d (ask my peers) to tell me a word and I’d create a verse with rhymes and everything on the spot. It’s just a natural thing,” he stated.

“Jack Spainard” has been on the music scene for a long time. Perhaps you’ve heard the name before as he goes by that name on stage; “Spainard” truly is an excellent calypsonian. He’s produced a number of songs (he has five albums underneath his belt) including ‘Say What You Want’ an old time favourite. He recently released ‘COVID-19’ and a string of others.

“I’ve sang quite a few themes and everything is composed by me. I’m actually putting out another album right now,” Pierre said.

The calypsonian keeps his music clean, something which is not popular today.

“I don’t write about women; I don’t write any smut. Many persons have asked me to write for them but because of my beliefs I don’t,” Pierre, a Christian, said.

“I met Christ and that changed my whole outlook on life. I’m very appreciative of the fact that I got to that specific area in my life very early— I don’t know where I would be if I’d gone down (another) lane,” he added.

Pierre is currently working on his ninth book.

“It’s entitled ‘After COVID’; ‘During COVID’ is the last book that I wrote so I’m doing ‘After COVID to speak about the lockdown and all the rest that goes with it and what the future looks like going down the road. I’m one who believes that we’ll never get back to what was normal; we are now in what is called ‘the new reset’ or what persons might have called the new world order and there’s no going back so I’m trying to document these things,” the 66-year-old said. 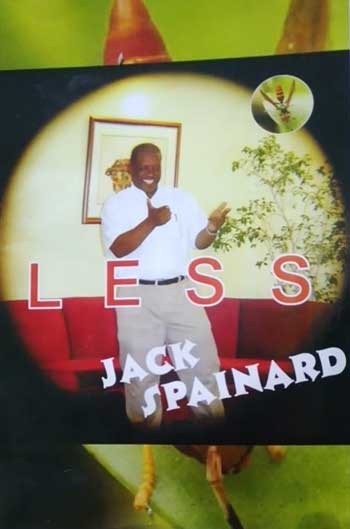 “The first book I put together was ‘Memories of Conway’ where I lived and grew up. There is one called ‘Oh Ma Ma’ which looks at all the problems that we have in Saint Lucia and the difficulties one has to waddle through. Of course I had to write about God and that book is called ‘My Creator’; there’s also ‘Tell It Like it Is’ which is as black as I am. The message: don’t look down on little black boys because little black boys have talent too,” he added.

Although he has left Conway, he’s still a Conway boy at heart.

“Mostly you would hear people talk about the ugly but that’s not always true. As boys you could not play marbles when it was time for school. Somebody would get a belt to you and it didn’t have to be your mother. Anybody would beat you and tell you to go to school. If you walked with a knife in your waist, (that was frowned upon). We had our own ambulances, we had our own doctors who always took care of ‘bless’ and these kinds of things. The bad? We fought everyday but you couldn’t use guns or knives and when the fight was over you had to hug, shake hands and never quarrel again. That’s the Conway I knew,” Pierre stated.

“Of course we had our gambling dens but we had our churches also and we had our own music. I left Conway when I was about 21 and have I really left? No, it’s in me. I still go back. If I have to be born again I want to be born in Conway,” he added.

Pierre has come a long way since Conway. According to him, “one thing I always look back at is where I came from and where I am now. No little black boy from Conway is supposed to be the president of Red Cross—you cannot envisage that but it has happened and I think it’s God’s ruling.”

The former student and teacher of the Saint Lucia SDA Academy is grateful for God’s love. In his spare time, he does what he loves most.

“It must be music and playing cricket and of course I’m an ardent Bible person. I also love to fish; it’s always been my hobby. As a boy you had to fish in Conway, it was a natural thing,” Pierre added.

Dad to three girls and a grandad to four sweet little boys, Pierre is truly living in God’s grace.