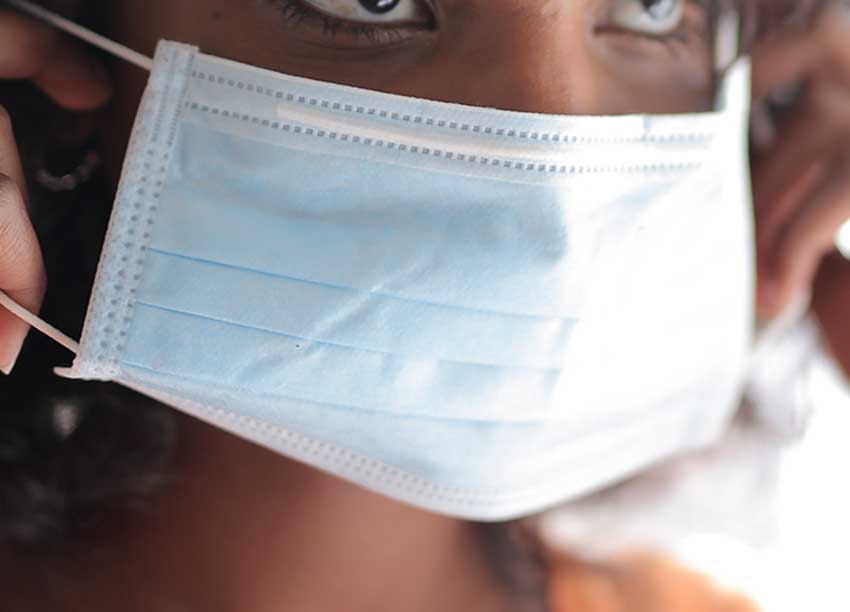 THE past seven days had been quite a roller coaster for Saint Lucians as they face sad news after sad news regarding the novel coronavirus.

With tougher measures imposed and in effect from Monday this week, two deaths from the virus to date, the will from law enforcement to penalize persons not adhering to current COVID-19 regulations and with a warning from Chief Medical Officer (CMO) Dr. Sharon Belmar – George that positive cases may triple if protocols are not followed, Saint Lucia is certainly not in a bright spot at the moment.

“The lack of compliance puts us in a very critical position, where if we do not work to break the chain of transmission with immediate effect it will lead to our forecasting and our objections and our projections over the next 14 days to almost tripling the numbers that we are noting to date Dr. Belmar-George said.

It was in March of this year that Saint Lucia recorded its first COVID-19 case. Eight months later the island has diagnosed 178. Yesterday the total number of active cases currently in country stood at 116, with an announcement by the Ministry of Health that the reported critical case it had has since recovered and has been transferred to the Owen King EU hospital for continued care. This means that all active cases are now in a stable condition.

The CMO believes that the reproductive rate for transmission of COVID-19 is on the increase compared to earlier in the year. She reminds everyone that all are susceptible to the virus with certain people being at greater risk, such as the elderly and those living with chronic and underlying medical conditions.

“We all have to play our part to protect the health and safety of our families, friends, colleagues and neighbours. Let us all continue to take personal responsibility and adhere to the protocols and guidelines for the prevention of the virus,” she said.

Over the past weekend the Ministry of Health had been busy chalking up the number of cases tested positive from the lab.

From Saturday two positive cases were announced. Then on Sunday the number announced were nine with two more announced Monday and five more yesterday that included a one-year-old child, bringing the number of diagnosed cases to 178.

The districts of Vieux Fort, Castries and Gros Islet are the districts featured the most when cases are localized.

“The Ministry of Health has noted that over the past three weeks a number of individuals in care have recovered and been discharged from care. It is important that families, communities, work places and the wider society help in creating a supportive environment which will reduce any fear or concerns of individuals who are returning to their daily routines after recovery from the virus. An individual who has been diagnosed with COVID-19 needs the comfort of familiar faces and places,” Dr. Belmar-George said.

She appealed to Saint Lucians to be compassionate and avoid stigma towards individuals who have been diagnosed with COVID-19.

The CMO urged the washing and sanitizing of hands several times as possible throughout the day and encouraged the wearing of a face mask all the time in public, covering both the mouth and nose.

She called for the sanitization of frequently touched surfaces often using a bleach solution and the following of floor markers in public spaces to maintain the recommended physical distance.

Meanwhile residents in the south of the island are now calling for the construction of a respiratory facility in the south as the number of positive cases coming out of that region continues to grow. Residents are saying there is need for such a facility now rather than later.