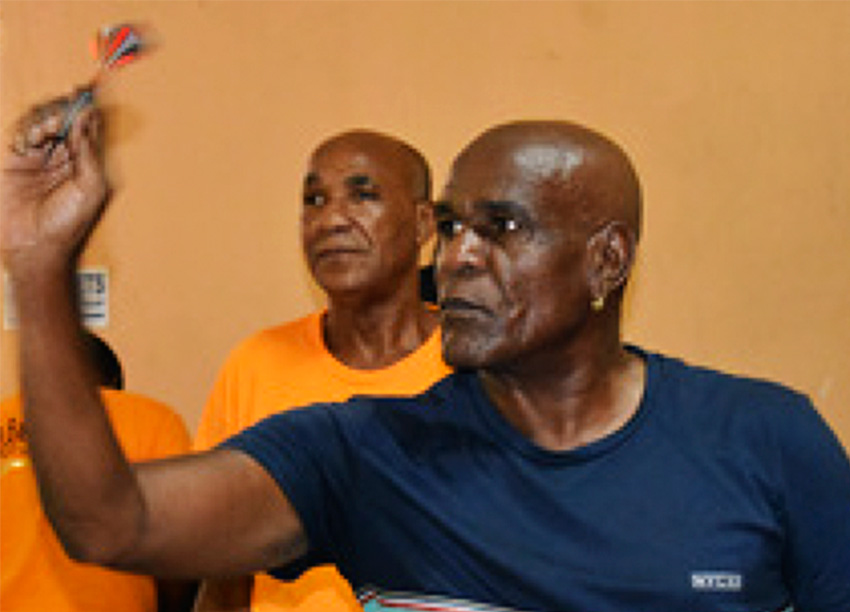 BATTLE lines have been drawn in the Saint Lucia Darts Association (SLDA) 501 men’s singles championship an event held in collaboration with Prio’s Bar and Grill located in Corinth.

Inclement weather last Saturday did not stop the championship from going ahead. As the saying goes, “sports bring people together”, well for the final preliminary round of the men’s singles, all the top guns were present for the battle ahead.

It was not surprising when the final darts were thrown and the dust settled the players who wanted the win more were the ones who advanced to the quarterfinal final stage of the championship, which is now set for Saturday 14th November.

Leading the charge will be Peter Lionel from (Amazona); Peter will have to pull all stops including some of yesteryear’s experience when he meets the formidable Nerville Labadie (Southern Pointers) who currently has 6 maximum scores of 180 points in the championship. This battle for bragging rights between the two is expected to go down to the wire.

Lambert Charles (Untouchables A) who is well known for his high level of concentration will take on Hendrickson Joseph (Amazona), Hendrickson recently had a nine dart finish to wrap up a 501 score; but Lambert see’s it differently.

“I expect the game to be very competitive. He is an experienced player and appears to be peaking at this time; however, I am very confident that I can get past him,” he said.

In an all Untouchables A derby, Haig Louis plays Trevor John in what is expected to be another keen contest.

As customary, for the duration of the championship, all Covid-19 protocols rules to include, checking of temperature on arrival, the wearing of masks, hand sanitizing and six feet apart will be in place.