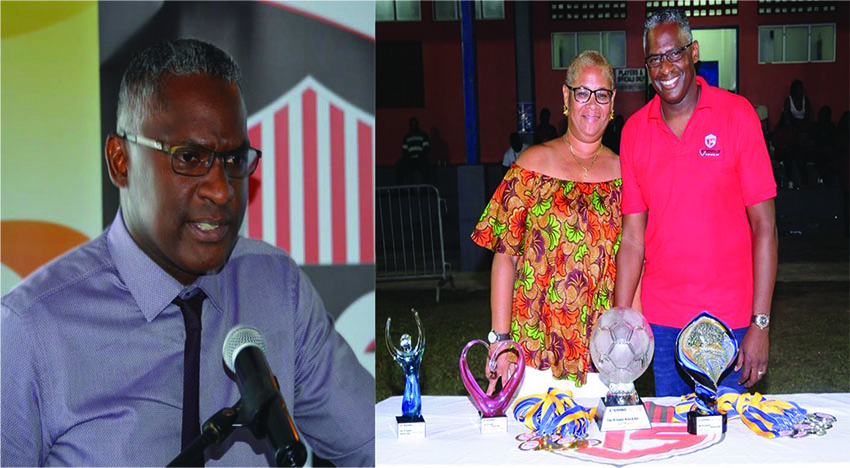 Not very often you hear of a sporting organization celebrating 10 unbroken years of developing sports, not only for yesteryear football players and youth players but also sponsoring the Gros Islet domestic cricket tournament.

The Veterans in Sports (VIS) Inc can take a bow as it continues to lead the charge as one of Saint Lucia’s professional sporting organization from 2010-2020. Through its continued efforts, VIS Inc strives to provide opportunities for everyone to participate in healthy, safe, and inclusive sporting activities in fun and family-oriented environments.

CEO, Alvin Malaykhan said, “We are happy to inform that plans are well underway for the staging of the 10th Annual Veterans Football Tournament under the theme “Eye on the Cup”. The tournament is scheduled to run from Saturday 31st October to Saturday 12th December 2020. The tournament which usually extends over three months will be shortened this year to take place over a six week period.

According to Malaykhan, “This tournament offers our sponsors opportunities to build lasting benefits and long-term partnerships at the community level”.

He added, “In addition to our efforts on the field, we are extremely pleased with the vital support we provide at the community level, through such programmes as ‘Kick for a Cure’ which raises funds for those needing medical assistance and other means of financial and emotional support. We consider this a major part of our corporate social responsibility, helping others in need, while promoting healthy lifestyles”.

“Our initiatives also focus on nurturing Saint Lucia’s youth. Malaykhan stated. “We use Veterans football as an avenue for the development of youth football by exposing young, aspiring male and female footballers to former national and international players in clinics and short training programmes. In this way our young people can improve their skills and get an even greater appreciation of the tremendous opportunities football presents for academic and professional advancement”.

Malaykhan who scored one of the fastest goals in the tournament last year said, “We pride ourselves in being the promoters of many events shaping both the sport of Football in Saint Lucia and providing vital support at a community level, notably: Saint Lucia’s first International Veterans Football Invitational in June of 2016. Drawing the participation of the England National 45 & over Veterans Football Team and 767 Legends of Dominica”.

The Walter Joseph Socceramma – Community Fundraiser (La Clery); Kick For A Cure – Annual Fundraiser in aid of cancer patients within the community and Sponsorship of the 2018 Gros Islet Domestic Cricket tournament.

VIS Inc proudly hosted the Saint Lucia Masters Football Invitational which took place over the “Whit Sun-Tide” weekend June 7th to 10th 2019. This Sports Tourism Event endorsed by the office of the Prime Minister and Saint Lucia Tourism Authority was embraced by the Soleil Summer Festival and added to their calendar of events.

According to Malaykhan, “VIS Inc have attracted the participation of several foreign Veterans Football teams from the USA, Canada, Trinidad & Tobago, Grenada, and Dominica to compete against several of our affiliated local teams, in both 40 & Over and 50 & Over categories”.

He continued, “This was by no means a simple undertaking as we daringly set out to execute 79 games of 50 minutes duration within a 3-day period. The north of the island was transformed into our Masters Football Village with venues and matches running simultaneously at the Daren Sammy Cricket Ground (DSCG), Gros Islet playing field, and the Sab Sporting Facility”.

Malaykhan said, “I am happy to report that VIS Inc were able to successfully accomplish this massive logistical feat”.

“With the blessing and continued support of the Saint Lucia Football Association (SLFA) Inc as we go into our tenth year of this great tournament”.