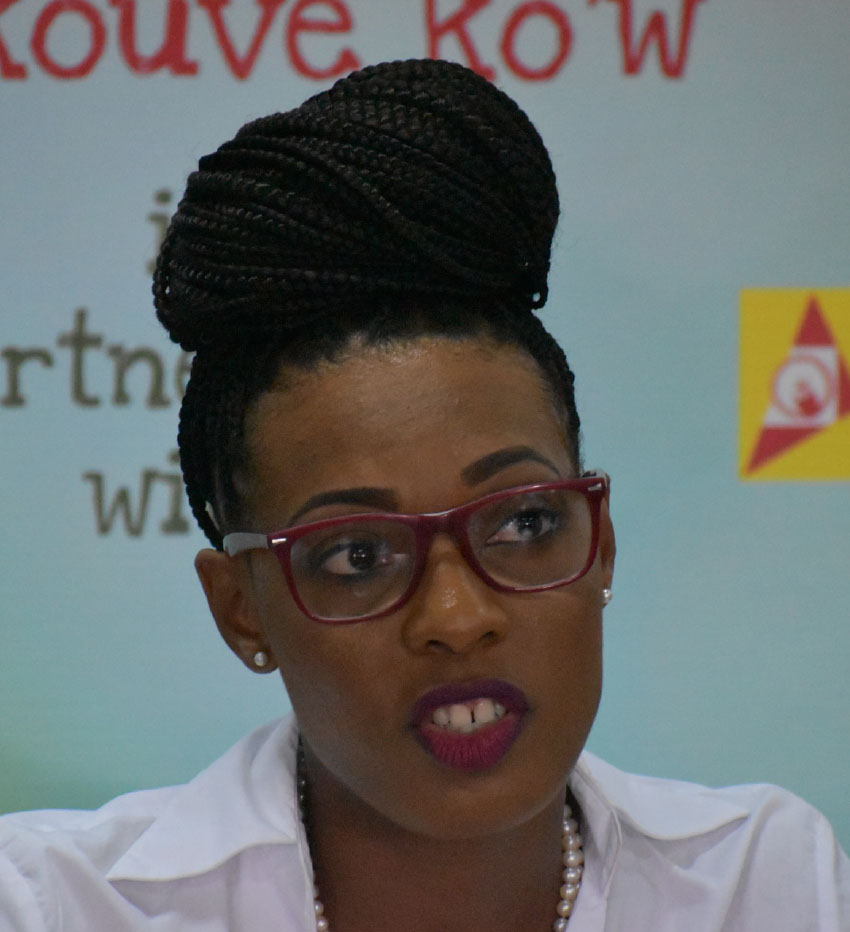 It has been cancellation after cancellation on the island’s cultural landscape due to the coronavirus, however there is one activity that will take place, but with a difference. That activity is Creole Heritage Month or Mwa Ewitaj Kwéyol, to be launched Sunday, 27th of this month in Fon Latisab Creole Park, Babonneau.

But that launch will be without the usual crowds of people, booths loaded with eats and drinks and music. According to Events Company Saint Lucia, the Folk Research Center and the Cultural Development Foundation, the observance of the month, which actually begins 1st October, even though the launch was held four days earlier, will focus primarily on the production of native content to be distributed on all popular social media platforms including Facebook, Instagram, Instagram TV and YouTube.

“It’s been a year of adversities and of challenges but behind all of those adversities we’ve really realized some important opportunities…” said Lorraine Sidonie, Chief Executive Officer of Events Company Saint Lucia at last week’s press conference held to announce the launch of Creole Heritage Month.

According to her, had it been a normal year, Creole Heritage Month would not have been the first event the Events Company of Saint Lucia would have planned since Independence.

She added, “What really gets us excited is the fact that we now have the opportunity to once again engage service providers and artists and we’re extremely, extremely excited for that opportunity. It’s a collaboration; each entity has its individual objectives to fulfill but we do have a collective set of objectives of building national capacity, of ensuring that Saint Lucia is promoted as the most culturally rich, the most diverse events and tourist destination, not in the region but in the world and today exemplifies that collaboration”

Sidonie said the month long celebration is going to be exciting and virtual with a lot of it being video content of Saint Lucia’s rich culture.

Executive Director of the Folk Research Center Louise Victor said her organization recognized the importance of strengthening the Creole Heritage Month brand and to refocus on the core element of the celebration and the observation, as well as to refocus on the element of language and the activities on safeguarding the month. 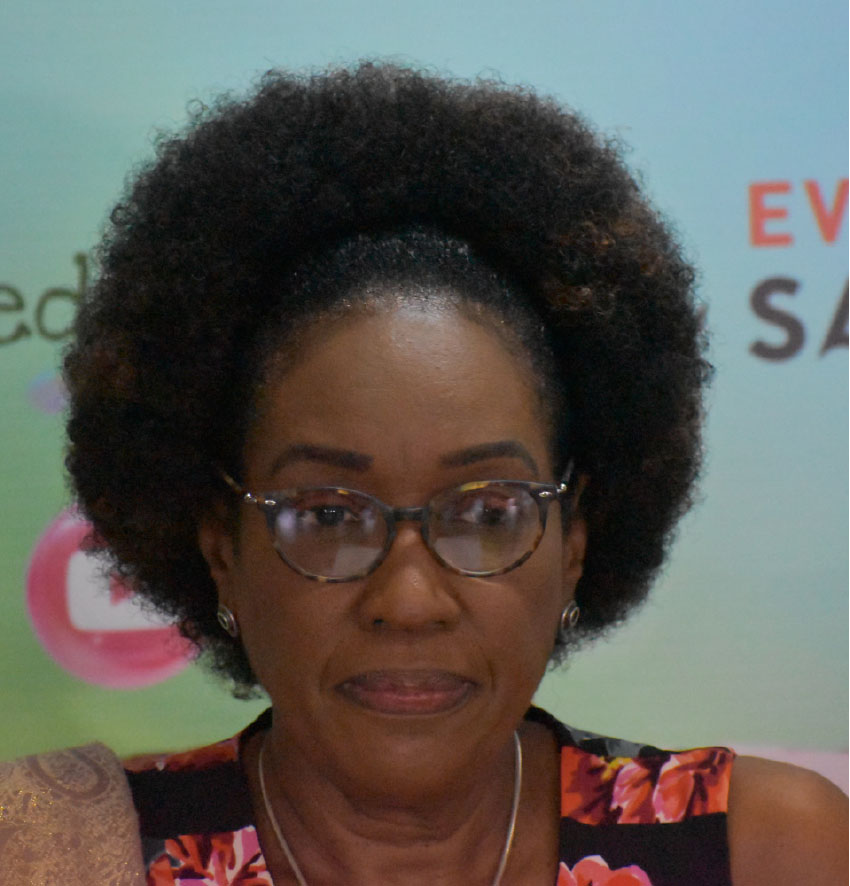 “The month as Creole Heritage Month as was proposed and agreed by our partners will now be referred to as Moi Heritage Kweyol. That is very deliberate in efforts to refocus on the element of language as it relates to the month’s observations,” she said.

She added, “What we also did was undertook a review of the mission of Creole Heritage Month as well as a review of the chart which had not been done since its inception in 1984. This was one of our key items coming out of an assessment for Creole Heritage Month 2019, which has led into how we present the month’s observations. The new mission is that Moi Heritage Kweyol aims to make the Saint Lucian society aware of the strength and value of its kweyol heritage and facilitate the understanding and development of its elements. We will see how that will come to life throughout the month based on our partnership with CDF as well as Events Company of Saint Lucia. From a language perspective we will see a lot more daily and weekly educational material which is very language based.”

Victor said that part of this month’s observations will be the very deliberate targeting of new demographics in keeping with FRC’s strategic direction to engage younger audiences whether millennials or youth.

“Outside of creole heritage month we are moving to establish strategic partnerships with community and national agencies to ensure that that intangible cultural heritage is facilitated; the transmission of that is facilitated beyond Creole Heritage Month but in our whole plan,” she said.

Victor believes COVID-19 has been a blessing for the Folk Research Center for the partnerships it were able to secure and how it was able to launch certain things like its digitization project for example.

For Raymona Henry-Wynne, Executive Director of the Cultural Development Foundation, Creole Heritage Month presents an opportunity for the Foundation to present its icon series, which it has been doing for the past four years, this year being its fifth year.

“We have been doing it in clusters of five so this icon will be the last in the five cluster. We will also be doing the traditional Marguerite festival that happens in October. The format will change and we will also be kind of doing a cross marriage between our National Arts Festival, Artreach and Arts and Creole Heritage Month because the theatre arts component of Artreach will be featured in October so we thought what a wonderful opportunity for us to fly high under the banner of arts and heritage month as well. So it’s a two crown approach presenting it as Artreach and also benefiting from the arts and heritage month that will be happening during the same period,” she said.

Henry-Wynne explained that the purpose of the icon series is to recognize and to celebrate worthy individuals who have made a significant contribution to Saint Lucia arts and Culture, reflected in the body of work that they have done over a sustained period of time; to highlight excellency in the arts and as part of the cultural and historical footprint that marks the achievement of Saint Lucians.

“A lot of times persons do a lot of work and they go to the great beyond with no recognition being given to them but as with CDF, we try as much as possible to recognize the work that those persons have done to raise that awareness amongst the younger persons in our society because the drive right now is to ensure that our young people get an appreciation for what is culturally Saint Lucian; what is authentically Saint Lucian; what is ours. We want them to appreciate that and for us, doing the icon series has given us or has presented an opportunity where we can take it to the younger children and we do that through the schools, although this year because of the circumstances that have presented themselves, which I also like to see as an opportunity rather than a tragedy, we will be looking at other ways of presenting it so that, that appreciation comes through, that understanding of the work of the icons comes through as well,” Henry-Wynne said.

For someone to make it on the icon series list that person would have contributed to the arts for a period of about 25 years or so with his/her work having been recognized locally, within the region and beyond. Five persons for a period of five years were selected. Each individual would be honoured annually. Honoured thus far are Charles Cadet for music, Virginia Alexander for dance, Garth St. Omer for Literature and Rameau Poleon. This year’s icon is Arthur Jacobs. A member of the Saint Lucia Arts Guild, actor, and sculptor. He performed in several of the Walcott brothers productions, an original member of the Turks Carnival Band and most remembered for his stellar performance in Derek Walcott’s ‘Dream on Monkey Mountain’ in Trinidad and Tobago.

“This year we are celebrating the icon and normally we’d have a big event, it would have been a fantastic theatrical production, but COVID has given us an opportunity to innovate and I’m sure over the last week you’ve seen how CDF has innovated with our virtual programmes and we are pleased to join with ECSL and FRC to continue this process of innovation. We will produce a 30 minute documentary on the icon as an actor and performer. We will create a platform, a product that is interesting, engaging and entertaining. This documentary will also be divided into 10-minute segments that will be placed on social media. The documentary would reference the icon’s years of work,” said Drenia Frederick of the CDF.

A virtual reality theatre show will also be part of Creole Heritage Month which will consist of 10 episodes which will be focused on two theatrical groups: Dramacan which is a younger demographic and Hayden Forde who has a mix of actors spanning several generations. The La Marguerite Festival will also be featured this month.

Packed into Creole Heritage Month will be an Annou Dansé Kwéyòl St. Licie feature hosted by Jason C. Joseph. a musician and writer, traditional dance choreographer and music specialist at CAMDU. The dance will be a four part series, cut down to 3-5 minutes so as to keep audiences engaged for mainstream television, mainstream media as well as social media. Each of the four part series will focus on one of Saint Lucia’s traditional dances.

To coincide with Annou Dansé Kwéyòl St. Licie, a special promotion will be featured inviting persons to post video bites using Facebook, Instagram as well as Tik Tok as part of a weekly dance challenge with winners selected based on people’s choice through ‘likes’ and announced weekly.

Traditional games- a four part mini-series about 3-5 mins each featuring traditional games will also be featured during October, the idea being to create nostalgia and excitement especially for third and second generations who are not familiar with these games.

This would be in four parts to be aired once weekly for four weeks leading up to Jounen Kwéyòl or what is going to be called ‘Gros Fete’ in this case to be hosted by local comedian Kiedel Sonny. Story telling will also be a part of programme; creole fashion will also be highlighted and more.

The second major event and the finale for the month of creole heritage is grand fete. This will be staged on Sunday October 25 at Fon Latisab Creole Park. The event will include a flurry of cultural activities including storytelling, traditional games, creole fashion show and other exciting and engaging entertainment made for TV and social media audiences. The event will be broadcasted live on social media.