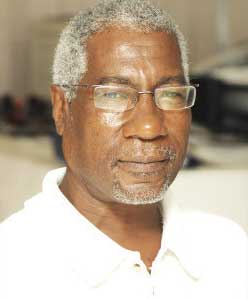 Saturday, September 12, is being observed worldwide as United Nations Day for South-South Cooperation.

But where is South-South Cooperation in the Caribbean in 2020 and what are the related prospects?

It’s not a topic you see, read or hear about in the news every day, but South-South Cooperation is about developing nations cooperating to reduce the levels of dependence of the proverbial poor South on the rich North.

That type of cooperation is becoming even more important between countries today, as the wealth gap continues to widen – and more so as the world starts to try recovering from the devastating health, social and economic impacts of COVID 19.

South-South Cooperation can see, for example, developing countries – which have the most natural resources in the world – doing more to help each other, instead of all depending on the developed countries forever for economic and development support.

This is also what Sustainable Development is about — countries of the South with oil, for example, not only putting it all in the hands of companies from and in developed countries, but also taking steps to assist poor non-oil producing countries currently paying the costly fuel prices being charged by the multinational oil corporations of the developed countries.

We have what it takes…

Functional cooperation does exist in the Caribbean at certain levels (like in education, health, law, economics, etc.) but the level of South-South cooperation in our part of the world just still isn’t good enough to shout about.

The Caribbean Community (CARICOM) has always had what it will take to actualize the levels and types of 21st Century South-South Cooperation needed among and between member-states at this time, in 2020:

Guyana has enough oil to make sure no other CARICOM country has to pay current excessively high and over-charged prices for fuel; and Trinidad & Tobago might still have enough natural gas to supply the entire region.

Jamaica has enough Blue Mountain coffee, Grenada has enough and nutmeg and cocoa – and the Windward Islands have enough bananas to supply the Leeward Islands and Barbados.

Same with gold and diamonds, sugar, rice and timber in Guyana, Trinidad & Tobago and Surinam, water in Dominica, arrowroot in St. Vincent and the Grenadines…

The ‘Three Guianas’ (Guyana, Suriname and French Guiana) have all the food and minerals, plus the space needed to turn the Caribbean into one of the world’s food baskets.

Between those three massive continental CARICOM states and the islands – including the hundreds in The Bahamas — we have all the fish, birds and animals, marine space and resources we need, as well as the land space, with all the natural foods most of the rest of the world can only dream of.

We produce everything we need to eat and live, we can meet all our own energy and food security needs, and we can develop a plan to ensure each country that does not have something another produces, will get it.

And this level of cooperation can go beyond CARICOM to include the non-English-speaking Caribbean nations able and willing to be part of any new South-South Cooperation Plan that will together address the common problems that existed pre-COVID 19 — and the new ones created by the 21st Century pandemic.

Where are we now?

But even so, what’s the situation?

We still import most of what we eat, our food import bill is still in the billions of US dollars, our oil and natural gas isn’t really ours and almost everything we produce for export is not to another CARICOM country, but to the wider outside world.

We consume from outside and we export to outside – hardly anything is produced inside for inside.

The levels of South-South Cooperation the Caribbean needs right now will require the CARICOM leaders to come together and agree to do what needs to be done for the Caribbean to grow more of what we eat and eat more of what we grow, instead of letting farmers’ healthy produce go to waste alongside cheaper imported foods.

But the nature of trade and business between borders in our part of the world is still so one-sided that not all governments – meaning, not all leaders — are prepared to take that stand to take that first step to see about Caribbean people first.

That said, however, there is a Caribbean entity responsible for coordination of such cooperation within the wider Caribbean region: the Association of Caribbean States (ACS), based in Trinidad & Tobago and uniting dozens of Spanish, French, Dutch and English-speaking countries washed by the Caribbean Sea.

The ACS, led by Saint Lucia-born Ambassador Dr June Soomer — the first woman to hold that lofty position — is quietly but purposefully promoting South-South Cooperation among members, but only at the pace allowed by such multilateral, multi-lingual entities.

How it can be done…

Venezuela and Cuba, under Hugo Chavez and Fidel Castro, together showed how it could (and still can) happen across the wider Caribbean (and indeed South and Central America) through the PetroCaribe and ALBA-TCP agreements that sought to make the entire Caribbean a Free Trade Zone for member-states, with guaranteed low energy prices with loans at very-long-term interest rates and Venezuelan subsidies for rice, arrowroot, coffee, fishing and farming in individual nations across the region.

But this model genuine and successful Caribbean economic experiment in South-South Cooperation started by Chavez and Castro and continued by their successors Nicolas Maduro and Miguel Diaz Canel was targeted early after its tenth anniversary by Washington through a series of actions by two successive US administrations.

First, the Obama Administration invited CARICOM Leaders to Washington in 2015 to meet with then Vice President Joe Biden, who invited them to pull-out of PetroCaribe and ALBA and to switch their energy dependence from Venezuela to the USA.

Then, the Donald Trump administration tightened the US squeeze with over 150 sanctions against Venezuela in three years, to cripple the country in pursuit of US companies controlling the world’s largest crude oil reserves just next door, which certified amounts dwarf Saudi Arabia’s.

That’s the type of price some countries will pay to see others pay dearly for pursuing South-South cooperation that gets in their way.

Guyana having more oil today than gold or diamonds, rice or sugar and Venezuela having more oil reserves than Saudi Arabia has sand, just imagine what it could mean for the entire Caribbean, if Georgetown and Caracas were to be left alone, today and tomorrow, to own and control and jointly market and do what they like with their incomes from their oil, diamonds, gold and mineral wealth?

The average Caribbean islander won’t imagine the amount of different types of rare and expensive minerals and un-tapped ‘rare earth’ resources that these neighbouring oil-producing Caribbean countries alone have between them — or the potential possibility of putting all that together with that of Surinam and what’s already being tapped by France in French Guiana.

The immense and endless oil reserves must be used to first rebuild the countries from whence they cometh — and at the same time, ways and means can be examined and implemented to help CARICOM and wider Caribbean and South and Central American nations to emerge from the COVID 19 economic meltdown and take the entire region and all its people to another higher and better level.

Good for the Caribbean, but…

These possibilities are all very real.

But the US will not simply sit down or stand by and allow that type of South-South Cooperation to happen and succeed in the Caribbean, which it still considers ‘America’s backyard’ under the Monroe Doctrine.

South-South and neighborly cooperation between Guyana and Venezuela today and tomorrow would be the best for the Caribbean, but not for the US, which constantly reminds the world that it has no friends — just interests, which it will always protect by any means necessary.

The US will therefore do all it can, even possibly under Biden as President, to prevent those two Caribbean countries from kissing and making-up, by fanning the flames of division over their century-old territorial dispute, just to keep them as far apart as possible, in the US national interest.

That’s why, for example, the US still wants to use Guyana’s territory for Voice of America to broadcast hostile propaganda, in Spanish, across the border into Venezuela.

So, while this most ideal model of South-South cooperation is very possible, it will not be that easy, even for the two main players, because a bigger neighboring player will just not simply let it start reducing the economic dependence of smaller Caribbean on the USA and the other rich developed nations of the North always worried about counting the cost of the benefits of South-South Cooperation to poor developing nations.

Breaking out of this revolving cycle of traditional dependence might have seemed impossible a decade or a year ago, but the common problems posed by COVID-19 have created several common bases for better and more appropriate, meaningful and urgent South-South cooperation models designed by and for Caribbean nations and people, which and who have always proven resilient in the face of adversity.

Change is the new normal and Caribbean leaders need to adapt to this eternal fact of life on Planet Earth and themselves adapt to the new norms that continue to change everything around us!