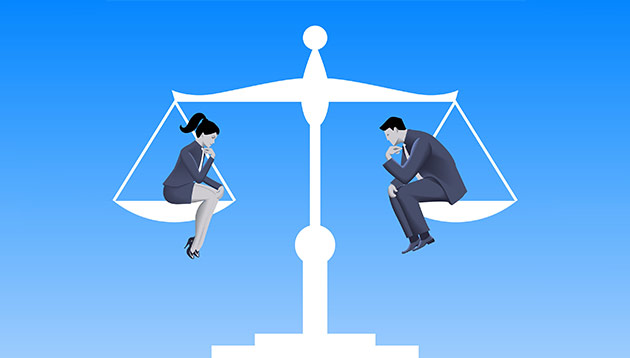 The Government of Saint Lucia continues to demonstrate in tangible ways, the importance of moving the subject of Gender from discussion to action, while ensuring that Gender Equality receives attention in our national development plan. As such, Gender Equality has been an emerging theme at the center of planning, policy development and programme implementation, in a growing number of sectors in Saint Lucia.

“To cement the process of mainstreaming gender in Saint Lucia’s national development plan, the Department of Gender Relations is in an advanced stage for a National Gender Equality Policy and Strategic plan through technical assistance from the Economic Commission of Latin America and the Caribbean which will be presented to Cabinet soon. The process began in May 2019 with a national consultation and assessment of the status of the national mechanism for gender equality and the enabling environment for gender equality,” says the Director of Gender Relations Janey Joseph.

It should be noted that in 2019, the Government of Saint Lucia, through grant funding from the Caribbean Development Bank implemented a public sector gender mainstreaming project. This project sought to strengthen capacity, institutional architecture, effectiveness and accountability of the Government of Saint Lucia to plan for, mainstream and assess progress towards gender equality outcomes against international and regional frameworks.

One hundred and one public officers were trained in gender-based analysis and 48 in gender budgeting and planning. Out of these cohorts, 12 received trainer of trainers training in gender budgeting and planning. A training module on gender- based analysis and gender budgeting and planning was developed for use, within the public service training package for public servants. Six gender focal points were named from various departments including Central Statistical Office, Health, Sustainable Development, External Affairs, Economic Development and Ministry of Equity. The naming of these officers with responsibility for monitoring and guiding gender mainstreaming initiatives within the agencies, is a critical preliminary step towards formally establishing gender equality focal points across various sectors of government.

“The Government of Saint Lucia understands that gender-based violence is the biggest obstacle to achieving gender equality. At the root of gender-based violence are harmful gender stereotypes that identify specific, rigid roles for men and women in the society, and result in barring participation of women or men in certain economic or professional  areas, whilst creating a disproportionate burden of care on women, who carry the brunt of the reproductive roles, as opposed to men whose predominantly productive roles are tied to employment in more economically viable sectors,” says Dr Gale Rigobert, Minister for Education, Innovation, Gender Relations and Sustainable Development.

Recently, the Minister pointed to those “harmful gender stereotypes”, following the homicide of a young woman here, allegedly by her former partner as well as a number of reported recent cases of domestic violence and abuse.  “Intimate partner abuses stems from deeply rooted harmful gender stereotypes and gender norms of inequality which create expectations and demands that are unreasonable and unfair. Long before the violence occurs, couples are set up for abuse by this dysfunctional system of beliefs,” Dr Rigobert said.

Minister Rigobert on Thursday July 30, addressed a virtual regional security conference where she highlighted the issues surrounding security as it relates to Gender based violence.

Last week the Minister chaired a discussion on “Gender-Responsiveness and Disaster Resilience during the COVID-19 Crisis,” featuring Parliamentarians, Technical Staff, and Civil Society of the Americas and the Caribbean.

The Department of Gender Relations believes that closely associated with the harmful gender stereotypes and underlying gender-based violence, are gender roles and norms that promote disparities and disproportionately assign reproductive roles to women, barring or restricting women’s participation in lucrative fields of work and impose an unfair burden of care on them.

The Government of Saint Lucia is committed to removing those structural barriers that put women at an economic disadvantage.

“We are further committed to transforming harmful gender norms and roles that are at the root of job segregation and encourage equal participation of men and women in all types of productive activity in all sectors. It is for this reason that Saint Lucia fully embraces the UN Trust Fund for Human Security Project, which seeks to empower women farmers and small and medium business owners to build capacity, develop skills and build the confidence that they need to be successful in their businesses,” Dr Rigobert says.

The Food and Agricultural Organization (FAO) and UNWomen are the architects/champions of a multi-million dollar project benefitting five Caribbean countries including Saint Lucia. It is expected to boost confidence of women farmers and women who are managing their own micro, small and medium businesses, leading to increased opportunities for women to gain economic autonomy, rendering them less dependent and concomitantly less vulnerable to abuse.

Additionally, in response to the COVID-19 pandemic, Global Affairs Canada supported the repurposing of US$1m towards participating countries’ COVID response. The Government of Saint Lucia has received US$100K to provide income support to women farmers and otherwise vulnerable women who have lost income and livelihoods due to COVID-19.

An offer for complementary funding to leverage additional climate funds was also launched in April through the EnGenDER project and has been approved. Saint Lucia will utilize the funding to carry out complete gender assessments in six additional sectors namely, health, resilient ecosystems, energy, tourism, education and infrastructure.

“As we continue our response to the COVID-19 pandemic, the Government wants to ensure that decisions taken and mechanisms that we put in place are not gender blind. In light of this we continue our partnership with various organizations and stakeholders, through the Department of Gender Relations, as we seek to ensure through various initiatives that no one is left behind and that our most vulnerable citizens are protected and empowered,” Dr Gale Rigobert says.