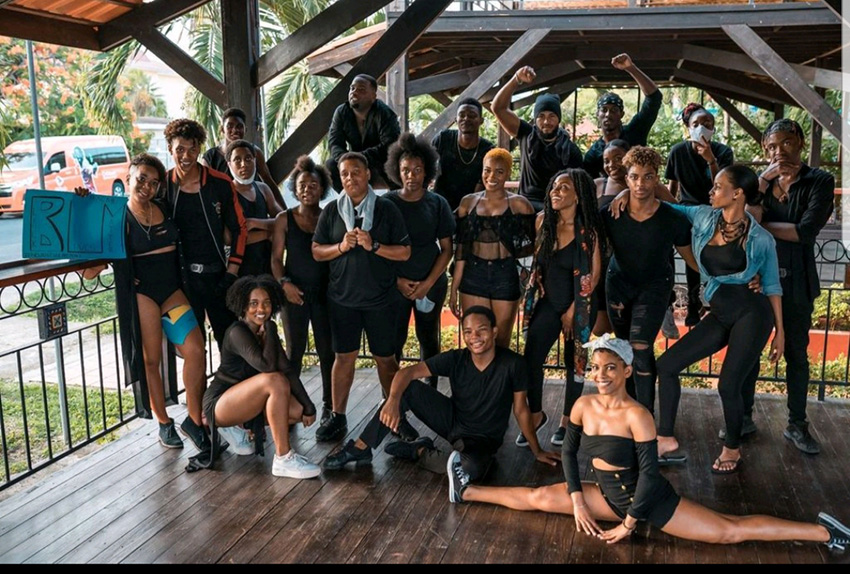 Dancers across the island collaborated on the production of a music video to Nas and Damian Marley’s Tribal War in solidarity with the Black Lives Movement after the killing of George Floyd, a black American by a white police officer.  This initiative, the brainchild of Ms Carol Desir, seasoned dancer/choreographer and proprietress of Carol K Inner Spaces started roughly 3 weeks ago and the video was officially launched on Emancipation Day, August 1, 2020 on YouTube.  Carol, as she is known by most persons in the dance/arts industry contacted dancers and choreographers from various groups on the island to collaborate in this venture.  The music video was filmed and produced by dancer/videographer Gideon Ambrose.

When asked what led her to produce this music video Carol responded: “I have always been passionate about black history and racism, and I love reggae music.  So when I heard about George Floyd and I saw the impact that his killing had on the rest of the world with the black lives movement I decided to make a small contribution in dance form.  I chose Nas and Damian Marley’s Tribal War which is most relevant to the cause in my opinion.”

The music video features the work of choreographers Jovette Wilson, Delzy Jn Baptiste, Alva Baptiste, Jamaal Renoir Bruce, also known as “Mox”, Jamer Neil Georges also known as Captain Neil, a contingent of approximately 20 Saint Lucian dancers and fire blower Spark Plug and was filmed in the Rodney Bay area.  Like most of the dancers, Fundamentals felt it necessary to participate in this venture and the Black Lives Matter Movement to promote equality because “we all are one race which is the Human race”.

“I was excited to jump on board with Carol’s idea and vision and I thank her for the opportunity to reconnect with some amazing dancers and choreographers. It has also given my young dancers a chance to showcase their talent alongside some of the best on island. This opportunity was a gift. Thank you.” Captain Neil said when asked what prompted him to participate in this venture.

Carol extends sincere thanks to her sponsors Fashion Bloc and Motion Studios, without whom this music video would not have been possible.  The title of the music video is Nas & Damian Marley – Tribal War featuring K’naan – Best dance/Choreography Tribute and can be found via YouTube link https://youtu.be/-lcVBCpLcl8.  Please like, share and support not just the movement but also local talent. #BLM #BlackLivesMatter