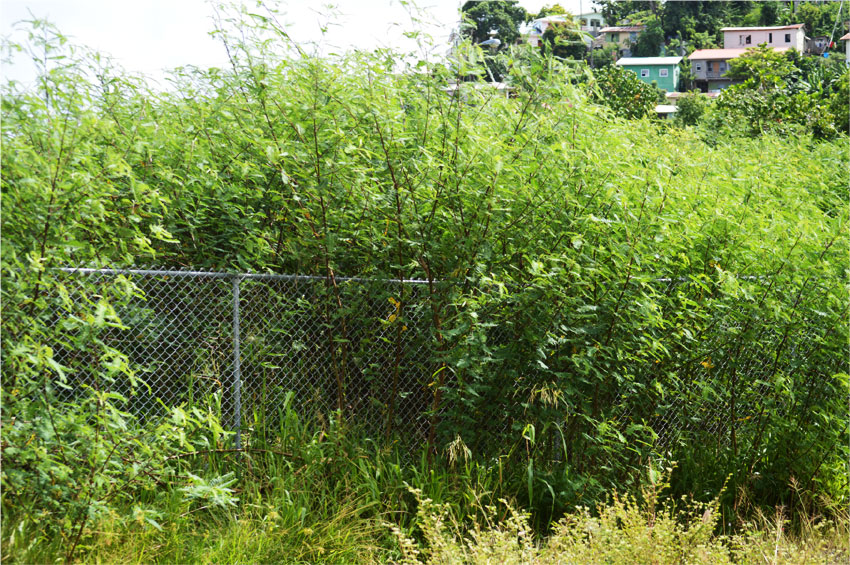 AS the island remains under a State of Emergency and Saint Lucians continue to hope that our Covid numbers will stay down, so much has happened and continues to unfold on local soil.

Take last weekend’s demonstration in Cas en Bas over Marjorie’s Restaurant vs an in-progress development, and the greater picture in what the situation means for Saint Lucians overall. Far from just a political rally (never mind the obvious political faces), Saint Lucians from all walks of life converged on the beach, patronizing the establishment, parading on the sand with placards, and even at one point surrounding a police vehicle on the scene and demanding answers. The cops who responded eventually made it known that the loud music was the issue, and not so much what was happening on the beach. The protesters did not buy it, and in videos that have since circulated about the incident, many assert their own rights as citizens to play music from their private vehicles, something that has more or less become a norm in Saint Lucia, with rarely an intervention.

In any event, the core message from the protesters centered around the fact that building on or having developments near the Queens Chain was something that affected all Saint Lucians, particularly as it related to access to beaches. Naturally, Pigeon Island and the associated hotels and resorts on that stretch of beach that have in the past been bashed for the very same issue, were brought into the mix.

That hot button topic is far from being laid to rest, but elsewhere in Saint Lucia this past week was a family complaining that their elderly relative had been removed from OKEU without their consent or even notice. An investigation is apparently ongoing in that circumstance, but this is just one of many reports that have come out recently about the new hospital. While many had hoped that with the change to the spanking new hospital, associated VH woes would be a thing of the past, it is starting to seem like Saint Lucia still has some time to go before the health system is completely revamped, and works in the favour of and with consideration and respect for every citizen.

Then there were the photos circulating of parts of Saint Lucia that seemed forgotten by those responsible for community upkeep, and in focus was La Clery. Some zeroed in on the location where the La Clery CDCs previously existed, which now is reminiscent of a jungle in progress. Passersby described the grass and shrubbery as “at least 10 feet high”, and photo evidence was provided. The CDC buildings which were described as “historic” (known for housing homeless residents in 1948 after the Castries fire) were demolished in 2018. At the time, there was talk of private developers who had taken interest in redeveloping the area, but since the time that the tenants were evicted, and the buildings torn down, the spot has remained vacant.

The old CDC block wasn’t the only area in La Clery up for criticism. A former resident of the area wrote that for weeks she’d been trying to draw the attention of the authorities to the drains in the area, some of which were overgrown with weeds and grass and filled with stagnant water, a sure dengue hazard. For weeks, she had taken it upon herself to share updates on the situation, which included an abandoned vehicle with registration information intact, being parked right on the entrance of the home of her 90-year-old mother.

The woman noted in part: “The rep indicates that the old system where there were road cleaning gangs deployed at regular intervals, no longer exists and we are at the mercy of the CCC’s new system which no one can explain to me. Solid Waste indicates that they are cash strapped and removing abandoned vehicles is costly. Public Health is also aware of the situation.”

“Plant a garden in the back of the truck,” one commenter suggested, half-jokingly.

Someone else more seriously commented that it had taken him seven months, for the removal of an old car in his lane by Solid Waste.

In response, the woman wrote: “So I have six more months of begging public servants to do the job they were hired to do and for which they are paid from taxes gouged from my salary?”

We for one, hope not. Here’s to things in St Lucia remaining on a go slow where it matters most, and the still present hope that one day soon… everything will work and function as it should!

Editor’s note: Also included on this page are photos from the old CDC lot in La Clery, and the abandoned vehicle about which Solid Waste has received numerous complaints in recent weeks.