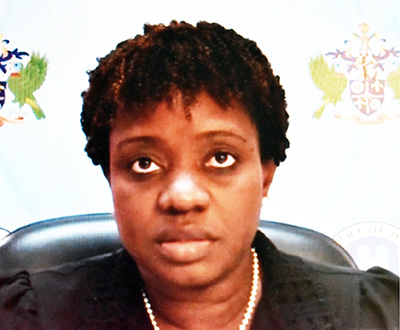 Health authorities are warning Saint Lucians about another disease now spreading even as they step up their vigilance against the coronavirus which has touched 26 persons in Saint Lucia.

This new warning is about dengue fever an outbreak of which has been declared in the country as stated by Dr. Michelle Francois, national epidemiologist.

“Over the last few weeks, the Ministry of Health and Wellness has continued to provide updates to the public on the significant increases in trends of dengue viral infections. These increasing trends now constitute an outbreak,” Francois said.

“This means the numbers currently being reported exceed the numbers expected and as such this warrants an immediate and targeted response,” she added.

According to the doctor as of August 9 – 15 there were 168 confirmed cases of dengue infection with the hospitalization rate being 46 percent and case fatality rate at zero.

“Thirty-eight percent of these reported cases were between the ages of 5 – 14 years. Even more concerning are serotypes two and three of dengue in circulation in Saint Lucia,” Dr. Francois said.

The epidemiologist noted that while most of the cases were concentrated in the northern, central and eastern regions cases have been reported in the southern and western parts of the island as well but to a lesser extent.

“The public health impact of managing a dengue outbreak combined with adjusting to the new normal amid the COVID-19 pandemic will place a strain on the already stretched healthcare services,” Francois said, adding that the direct economic cost of treatment, hospitalization and prevention, as well as the indirect cost such as the loss of productivity related to absence, disability or death and the effects on the tourism industry, is of concern to the island’s fragile economy.

“The Ministry of Health and Wellness is therefore soliciting the usual cooperation of the public in dealing with this emerging health threat,” Francois said.

She explained that dengue fever is a mosquito-borne disease meaning that it is transmitted by a mosquito, usually the female Aedes Aegypti mosquito and to a lesser extent the Aedes Albopictus, the same mosquitos responsible for Chikungunya, Yellow Fever and other viruses.

Francois notes that the mosquito lives in man-made habitats and breeds mostly in man-made containers is a daytime feeder with its peak biting periods in the early morning and in the evening before sunset.

“Dengue is endemic to Saint Lucia, which means there is continued local transmission throughout the year, however, we see spikes at certain points during the year, usually during the rainy season,” Francois said.

Dr Francois and her team at the Ministry of Health and Wellness requires of the public their vigilance by eliminating breeding sites in and around their homes as the mosquito requires water to breed, noting that the vector is capable of breeding in very small receptacles therefore frequent checks around the home are essential so as to combat dengue fever. Saint Lucians are also advised to stop the indiscriminate dumping of garbage.