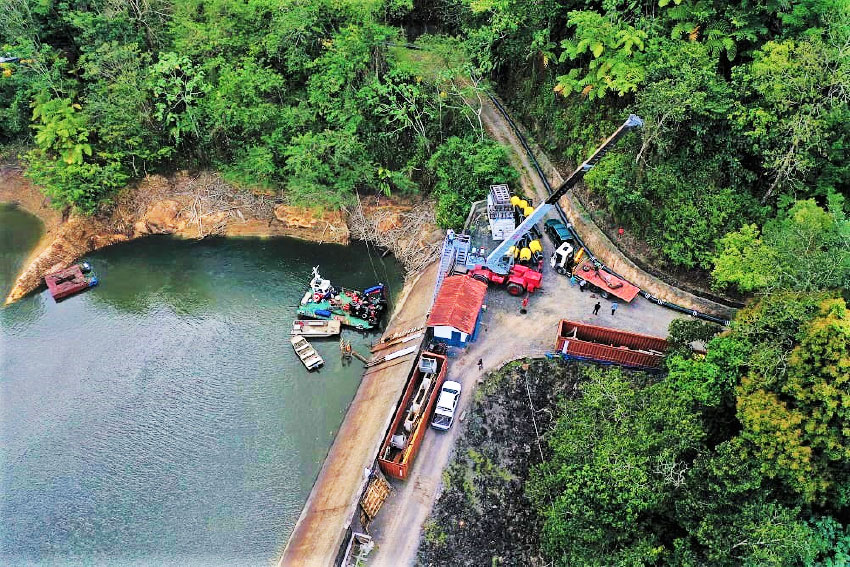 THREE major water projects will continue in this financial year in order to achieve water security in Saint Lucia. Prime Minister and Minister for Finance Allen Chastanet laid out the plans in his Budget to increase Saint Lucia’s capacity for the safe collection, storage and distribution of water.

Noting the difficulties that Saint Lucia is experiencing at this time with the current drought conditions, the Prime Minister spoke of projects to address these concerns among them the John Compton Dam Water Project, and the Dennery North and Vieux Fort North project.

In terms of the desilting of the Dam, the Prime Minister explained that the construction of the disposal pit to take the silt from the dam has been completed and the long awaited desilting operations will be completed in this financial year.

“Under this project, the approximately 1.7 million cubic meters of silt, which has settled in the dam and which reduced its capacity by more than 50 percent, will be removed. This would unblock the lower port of the Dam, allowing it to discharge a higher volume of raw water for processing,” Prime Minister Chastanet reported to Parliament.

The intent of the Dennery North project is to improve water quantity, quality and reliability to residents and consumers whilst enhancing the sustainability of the potable water system.

“The project was undertaken in two phases,” noted the Prime Minister. “The first phase concluded in February 2018 and the second phase of the project commenced in January 2020. It comprises the expansion of the water treatment plant from 0.4 million gallons per day to 1.4 million gallons per day. This increase will make a huge difference in the quality of life of the people of Dennery and environs.”

The residents of Vieux Fort are also on the list to receive a much better water supply as the Vieux Fort North Water Supply Project seeks to provide a reliable and sustainable supply of potable water.

“The project comprises the construction of two river intake structures, two treatment plants, one at Grace and the other at Beausejour in Vieux Fort, installation of transmission mains, four pumping stations and three storage tanks,” Prime Minister Chastanet explained.

It is also anticipated that this major upgrade in the water infrastructure will also provide the water needed to support the development and expansion which this government is undertaking in the south of the island. The first phase commenced in January of this year with the majority of activities concentrated on the Grace system and some minor works on the Beausejour system.

In the next phase scheduled to commence in September major works on the Beausejour system will occur. The project, is being funded by the Caribbean Development Bank and will be completed within 24 months.

Among the other investments by the Government of Saint Lucia in the water sector is a Watershed Management Plan and the construction of an administrative centre for WASCO in Vieux Fort.

Due to the impact of Climate Change, the Prime Minister has stressed that these interventions are necessary and that the Government is also investigating the possibility of establishing desalination plants at strategic locations on the island.