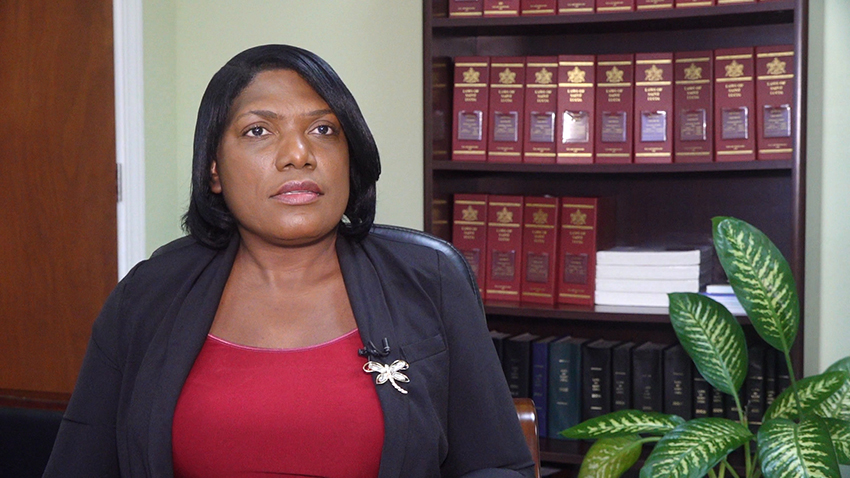 Acting Permanent Secretary and Director of Finance, Esther Rigobert, signed a five-year contract with a British firm, In-Tend Ltd. for the provision of an Electronic Government Procurement (e-GP) application for the Government of Saint Lucia.

The award of this contract marks the culmination of a sustained programme of cooperation in the area of public procurement reform, between the Government of Saint Lucia, the World Bank and Department for International Development (DFID) of the United Kingdom. But what exactly is Public Procurement? Anthony Jean, Assistant Director of Public Procurement, explained.

“Procurement involves a more strategic aspect of looking at the entire acquisition of a good, its usage and replacement if needs be. Defining the use of that product, good or service entails developing the right specifications to meet your desired outcome.”

With more than 500 institutions in over 100 countries around the world, In-Tend Ltd. is one of the world’s leading providers of Software-as-a-Service (SaaS) Electronic Government Procurement Application service providers.  The service procured by Saint Lucia will run the Government’s e-procurement application in the cloud, thus bringing the added advantage of climate resilience, as the hardware and software used on this platform will be beyond the reach of natural disasters, such as hurricanes and floods.

“One of the key deliverables of that process required the automation of the procurement aspect, receiving tenders, coordinating with vendors, and that sort of thing. We went the route of acquiring a Software-as-a-Service which is relatively new in this part of the world. E-procurement is a big thing in all modern jurisdictions but normally what you see happening is persons developing their own applications. Recently, as of last year, I think, the government of Jamaica spent almost US$2 million in developing an e-procurement platform. We went a fast becoming popular route of doing a software-as-a-service whereas you simply subscribe to a service provider and you will get all the functionality that you require. It is tailored to have a look and feel of your local environment.” Jean stated.

However, before the Electronic Procurement System can be rolled out, the Director of Finance, Esther Rigobert, highlighted that it must be accompanied by reform of St. Lucia’s procurement legislation and regulations.

“There is the legislative review and the legislative framework what we are going to enhance and once that law is enacted it will allow and stipulate what would be good governance for public procurement. So, it’s no longer going to be something that happens within the confines of government it would be for the public to see, to read and familiarize themselves with the requirements the guidelines and procedures that will be applied to public procurement. The second aspect of the reform would actually be the system, the platform through which persons would make submissions whether it be bids or requests and it would be a very transparent process and very efficient as well so that the data emanating from that system would allow for online, real-time analysis of the data.” Rigobert explained.

She added that the new legislation and procurement guidelines will soon be made available to the public via the government web portal but for the system to be fully effective persons must educate themselves on the new guidelines.

“It’s not for us to have new systems and it cannot be used efficiently or effectively. Persons must avail themselves of the information, familiarize themselves with the requirements, make the necessary inquiries and make sure that they understand how it’s to be used and make good use of it.”

Testing of the localized e-procurement system is projected for August, this year, with the pilot phase expected to go live by the end of September 2020.