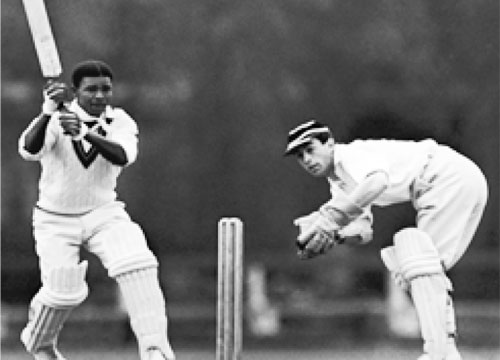 Exactly one week (Wednesday 8th) before the first ball is bowled in the first Test between West Indies and England in England, another legendary West Indies batsman has passed on. Sir Everton Weekes died at the age of 95 at his home in Barbados on Wednesday 1st July 2020. Weekes, who was born on February 26th, 1925, made his international debut in 1948 against England at the age of 22.

He played 48 Tests for the Caribbean side scoring 4,455 runs at a splendid average of 58.61 runs per innings.

He was a part of the legendary trio which also included Clyde Walcott and Frank Worrell. The three formed the infamous ‘Three Ws’ which made the West Indies team a top-notch Test side of yesteryear.

Charles said, “Sir Everton was one of the most prolific batsmen of his generation. An absolute legend of the game and one of the famous three W’s who formed the most formidable middle order batting line up perhaps in the history of the game.”

According to Charles, “Sir Everton still holds the record for five consecutive innings of over 100 runs; scores of 141 against England in Jamaica, followed by scores of 128, 194, 162 and 101 in India. The next innings he made 90.”

Charles continued, “He was absolutely committed and dedicated to West Indies cricket and one of its strongest supporters, always gracing Kensington Oval with his presence up to the very end and making himself available to all who sought his advice and wisdom.

“He was also very friendly, open to all and had a fantastic sense of humour. I remember sitting next to him having a chat at the Daren Sammy Cricket Ground (DSCG). He spotted a young man wearing a cap back to front. He signaled the young man over and then asked him, “where can I purchase a cap like this with the pick at the back?” Everyone within ear shot distance cracked up with laughter,” noted Charles.

In closing he said, “Sir Everton was a real gem who will greatly be missed by his family and the cricketing world.”

May his soul rest in peace.