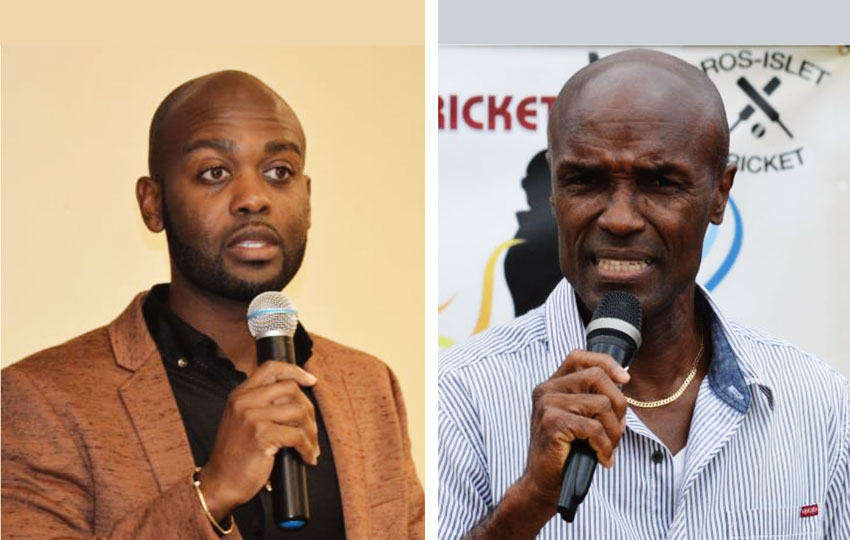 To get things off and running, the three players will from next week represent their respective districts in the Saint Lucia National Cricket Association (SLNCA) inaugural T10 Blast which bowls off on Tuesday 23rd June at the Daren Sammy Cricket Ground (DSCG).

Kimani Melius and Larry Edward will line up for Gros Islet Cannon Blaster; while Jamaal James (captain) will lead the charge for Central Castries.

At Monday’s draft, which featured two rounds of selection, the Volcanoes also picked Kevin Stoute of Barbados; Stoute is a former Barbados captain and West Indies A player who has 13 years of experience behind him as a first-class player.

Commenting on the Windward Islands Volcanoes squad, President of the Windward Island Cricket Board and the Saint Vincent and the Grenadines Cricket Association, Dr Kishore Shallow said, “The selectors have done a fairly decent job considering the fact we did not have our Windward Islands Tournament due to the Coronavirus; they had to consider the last regional 4 Day season”.

He continued, “I see a couple of new players are in. I am happy to see young Kimani Melius and of course Jamal James, both of whom have been performing consistently over the years. It’s good that Jamaal now gets an opportunity. We have an experienced all-rounder coming in, Kevin Stoute, and it’s good to see he too has been given an opportunity; I am sure his experience will add great value to our team”.

On players missing out this time around Dr Kishore said, “Obviously a couple players have missed out, that’s how selection goes. Young Alick Athanaze and Roland Cato, those two names certainly standout along with Dillan Douglas”.

“What I have said to all the presidents of the Windward Islands, we have to ensure that these players who have missed out on selection continue to be in the programme; the national associations must take responsibility for these players, ensure they have a solid programme and continue their development because they do have a massive part to play in Windward Islands cricket and West Indies cricket going forward,” added Dr Kishore.

He also noted, “We just have to continue working hard, continue encouraging the players and give them the best opportunity and the best environment to develop their cricket. Once you encourage them to remain positive and focused, all our players will become better cricketers going forward”.

The VOICE spoke to former SLNCA President Julian Charles about Jamal James’ selection on the Windward Islands Volcano team. Charles who was a former national cricketer also played for the Windward Islands and West Indies B teams. He said, “Jamaal is an upper middle order batsman who has performed prolifically at the local level with multiple centuries over the past five years of first division cricket. He has also performed consistently at the Senior Windward Islands Tournament over the past three years, having a batting average of approximately 40.00”.

According to Charles, “The SLNCA took the initiative the last two years to send him to Grenada to train with the Windward Islands franchise where he performed very well in trials including an inning of 95 runs”.

He continued, “Jamal who is also a teacher and the captain of the Central Castries Cricket Team, works exceptionally hard at his game and is very dedicated to the sport of cricket”.

The former SLNCA President describes Jamal James as an excellent ambassador for Saint Lucia cricket and wishes him success in his first-class cricket career and beyond.

Also weighing in on the discussion was former Saint Lucia and Windward Islands opening batsman Alton Crafton. Crafton is the head coach for the Gros Islet Senior and Under 19 teams and he is also the coach of Kimani Melius and Larry Edward.

In terms of Kimani Melius’ selection on the Windward Islands Volcanoes squad, he said, “I am extremely happy for him; I am happy for our programme as well. Having a young man from age 13 years go through the ranks and now be contracted on the Volcanoes setup, it’s a good thing to inspire the rest of our young cricketers in our programme; it can be done stage by stage”.

Crafton wished Kimani well stating, “I have no doubt in my mind he will do great. Kimani is inspired to play for West Indies and I am sure he will put in the hard work to get to the other level”.

He also spoke on Larry Edward’s inclusion on the Volcanoes 15-man squad: Crafton said, “For me it’s no surprise. It’s just for Larry to continue with his hard work and his quest to make the West Indies senior team eventually. He is one of the young spinners around the region who has the potential to knock on the door of the West Indies senior team anytime soon. He just has to keep on working. I am very happy for him.”