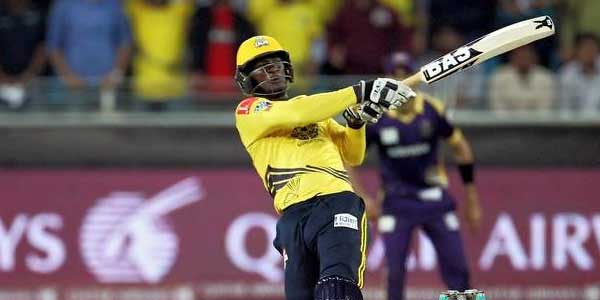 The allegations of racism have not been backed by Darren Sammy’s former teammates at IPL franchise Sunrisers Hyderabad Irfan Pathan, Parthiv Patel and Venugopal Rao, who all said that they are unaware about any such instances.

Darren Sammy in an Instagram story had alleged that he and Sri Lanka allrounder Thisara Perera were subjected to racist slurs during his stint with Indian Premier League franchise Sunrisers Hyderabad. The former West Indies cricketer Sammy, who is the only captain to have won the T20 World Cup twice – in 2012 and in 2016 – expressed his anger over realizing what the slur that was thrown at him actually meant.

“I just learnt what that ‘kalu’ meant when I played for Sunrisers in the IPL. They call me and Perera by that name. I thought it meant strong Stallion. My previous post tells me something different and I’m angry,” Sammy, who had played 26 matches for SRH between 2013-14, had written on his Instagram page. He did not say when exactly he faced these remarks and by whom.

But the allegations have not been backed by Sammy’s former SRH teammates Irfan Pathan, Parthiv Patel and Venugopal Rao, who all said that they are unaware about any such instances.

“I don’t think I have heard anyone using those (derogatory) words,” the wicketkeeper-batsman Parthiv was quoted as saying by the Telegraph. “I’m not very sure… Not aware of it,” Venugopal, now director of Andhra Cricket Association, said. Irfan, too, added that he is not aware of any such issue being discussed at SRH in 2014, but revealed that he has heard racial jibes being thrown at players in domestic cricket.

“I was there with him (Sammy) in 2014. I feel had this really happened, the matter would definitely have been discussed. So I’m not aware of such things as nothing was discussed in a larger way. But at the same time, we need to educate our people because I’ve seen them (racial jibes) in domestic cricket,” the former left-handed bowler said.

“Some of our cricketers from the south, especially, have faced that in the northern and western parts of the country, though I don’t want to name anyone,” he added.

“What happens is among the crowd, someone tries to act like a jester. It’s not because people are racist, but it’s like someone trying to be popular by saying something seemingly funny that amounts to crossing the line on certain occasions,” Pathan further said.