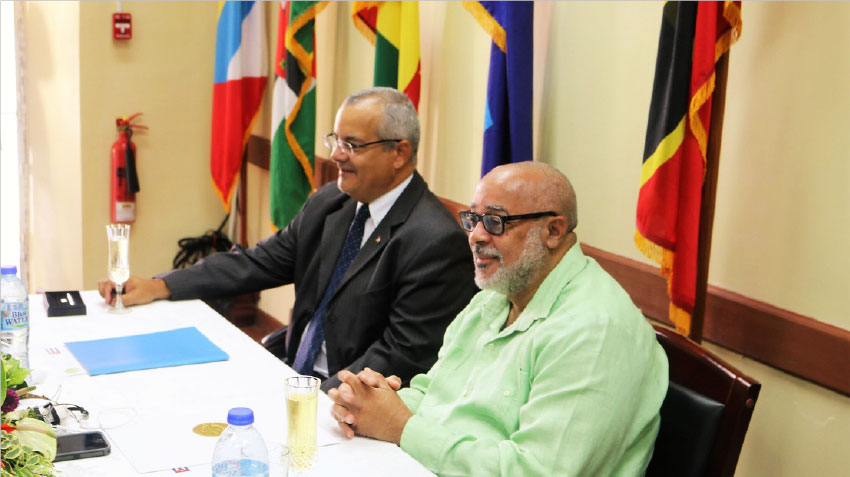 “I am pleased to recall, at such a time of celebration, the deep and rich history of friendship, solidarity and cooperation between Cuba and the OECS, and its Member States,” Ambassador Marin said in a press statement. “Over the years, we have contributed, with our relationship, to the strengthening of the region as a zone of peace, a bulwark of fundamental importance. We have given an example of collaboration, which is most strongly reflected today in dealing with the COVID-19 pandemic, with the presence of the Henry Reeve Brigade, and also in areas of particular importance such as medicine in general, education, construction, sustainable environment, coping with natural disasters, sport, among others.”

He added, “We greatly appreciate the support of the OECS and its members in the demand to put an end to the United States’ commercial, economic and financial Blockade against Cuba, which today is intended to be enforced even to indecent limits.”

While reiterating the Cuban government’s willingness to “continue together on the path of cooperation, friendship and solidarity”, Ambassador Marin also extended once again best wishes and congratulations and reaffirmed “the testimony of our highest consideration and esteem.”