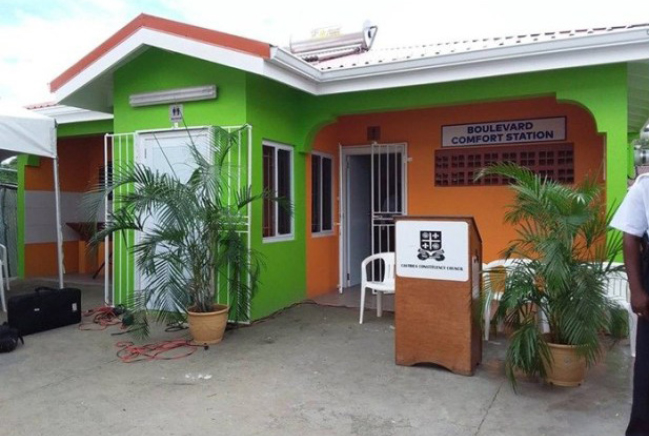 Representatives of the Castries Constituency Council in a statement this week noted that they were “left flabbergasted as a result of the bold statements made by the Castries East MP Philip J Pierre in the Parliament of St Lucia on Tuesday June 2, 2020.”

“The Castries East MP sought to suggest that the Castries Constituency Council had deliberately closed the Marchand Boulevard Comfort Station in an effort to penalize him.

“Mr Pierre stated, “When they employed people to work in that facility, nobody consulted me.  I didn’t complain when you made the people in Marchand Boulevard suffer. The facility was built, and the Castries City Council put in some people to work there. Suddenly they withdrew the people and the facility went into disrepute. I wrote, I begged, I said please. I didn’t write to the Ministry of Equity; I wrote the Castries Constituency Council. I begged them Mr Speaker, they allowed the facility to go into disrepute.”

“He continued his misleading exaggerations claiming that the facility was closed in order to make him look bad so that he can lose his seat,” the statement went on. “Mr Pierre said that he was not consulted when the people were employed, when in fact everyone employed at the comfort station were his supporters and persons recommended by his office.

“Mr Pierre is very much aware that the facility was closed because of a number of issues which were brought to our attention, such as a high level of delinquency where persons failed to report to work on numerous occasions.

“The facility was being used for gambling and as a hair salon. Excrement had also been splashed on the facility’s walls. Added to that, there was daily vandalism and incidents of violent abuse meted out to workers, theft of supplies and paraphernalia and bullets being fired at the facility with clear evidence of bullet holes in the walls and water tanks.

“The Castries Constituency Council on several occasions attempted to remedy the situation by holding dialogue and meetings with the workers with no success and the situation got worse.

“We wish to urge Mr Pierre to be truthful in his utterances and inform him that he should not use the unfortunate closure of the comfort station to gain sympathy, when he knows the truth.”