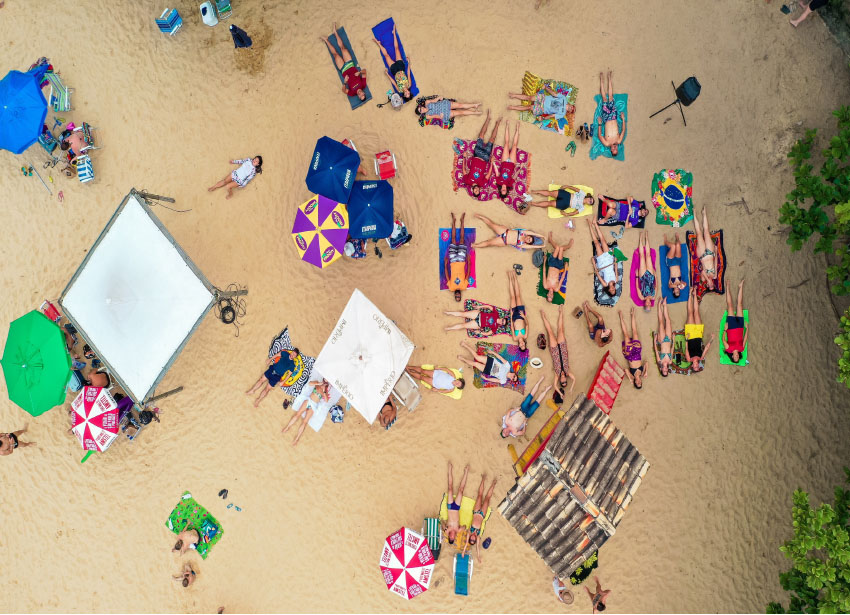 The VOICE has been continuing to reach-out to the island’s major tourism stakeholders to continue to feel the industry’s pulse on the ongoing effects of the COVID-19 pandemic, particularly on the region’s vital tourism industry and resulting consequences for reopening of hotels, guest houses, restaurants, taxi and marine holiday and tour operations and other related businesses.

Tourism industry stakeholders and governments are all in a like ‘Catch-22’ bind: Reopening too early is pregnant with risks, but the fragile industry is too vital to the region’s economies to remain closed indefinitely.

The world is anxiously awaiting a globally-approved vaccine that’s at least six months away, but hotels cannot remain closed that long and survive — nor can hotel workers.

The VOICE on Monday contacted three local tourism stakeholders to inquire how they felt about being unable to reopen — and still with no end in sight to the Caribbean’s ongoing COVID-19 malady.

Each declined to comment openly, all invariably citing the presentation of the National Budget this week by the Prime Minister and their expectations of what one described as ‘healthy announcements’ to relieve their growing illness of unabated uncertainties and anxieties.

A Managing Director of a medium-sized Rodney Bay hotel put it this way: ‘It’s like being between a rock and a hard place — and with your two feet in one shoe, all at the same time…’

He continued, ‘Without a vaccine being found, the fact is that whether it is next week or next six months, countries are going to have to find a way to open and we will all need to find a way to co-exist with COVID.’

He noted that ‘the longer countries take to start planning to reactivate economies, the more desperate large sections of their populations will become. But without a vaccine, very little changes to reactivate the affected economies.’

It is a dilemma facing not only every Caribbean nation, but every country throughout the world.

Earlier this week, for example, Jamaican Opposition Leader Dr Peter Phillips addressed the nation on the need to support efforts to reopen, stressing that the health of Jamaicans cannot be sustained without a planned reopening of the economy that will put some people back to work and provide incomes for families.

He said although the COVID-19 virus has not yet peaked in Jamaica; it has already devastated the country’s economy.

According to Phillips: ‘The tourism industry has effectively closed, the demand for bauxite and alumina on the world market has fallen and this removes another source of foreign exchange earnings.

‘Similarly, remittance flows through Western Union, MoneyGram and the banks have been negatively affected by the global pandemic that has also affected Jamaicans overseas in the United States, Canada, Britain and other countries.”

Dr Phillips could very well also have been speaking about Saint Lucia, which is also heavily dependent on tourism.

But the hoteliers and tour operators who spoke to the VOICE are united in one view. They are all as uncertain about the future as anyone else, but on one thing the first to speak on the issue is absolutely firm on is: ‘Doing Nothing is not an option!’

He explained, ‘We simply cannot remain closed indefinitely — and the only persons talking about prolonged shutdowns are those who can afford to do so.’

‘The only thing holding back an economic implosion,’ he further explained, ‘is the fact that everyone has been put on a common footing by the lockdown. But we can’t remain in stasis forever and soon mortgages, rent and other bills will become due.

‘COVID-19 is affecting us all badly and equally – the current situation is unsustainable, as many developing countries are already practically broke!’

Many countries, confronted by the invisible COVID-19 enemy, took an early dive for safety into the proverbial lake of economic relief, but with no life jacket, no lifebuoy and no bailout lifeboats readily on standby. Most still remain stuck in the middle of a shallow lake with their heads under water, their noses stuck in mud and nearly running out of breath.

A lady manager at a major Cap Estate property agreed that ‘Many countries can drown or suffocate in the process of taking the proverbial dive too soon.’

‘It’s a bubble that will burst eventually,’ she explained, ‘and the longer we add pressure to it, the worse the rupture will be.’

The experienced manager, with decades in the business, has herself been scanning far and wide to examine how COVID is impacting the rest of the world.

‘All we need to do is cast our eyes across the oceans to Lebanon,’ she said, ‘where violent protests have erupted over rising hunger and poverty and an already-bad economic crisis is now made even more disastrous by the COVID lockdown.

‘Last I saw, protestors were clashing with security forces shouting: We are hungry!’

‘Lebanon may be an extreme case for now,’ she admitted, ‘but the point is: No one wants to get even near to that stage!’

She felt that in planning for the future, ‘Governments and people need to focus on strong social distancing and hygiene protocols, use of PPE and adherence to protocols — and of course, work toward a vaccine.’

And she added, ‘If people do not conform – and hopefully they do conform — the authorities might be forced to set out a list of fines or revoke licenses for institutions failing to comply, which again, hopefully will not be necessary.’

The third local tourism operator the VOICE spoke to was asked to comment on the eventual role — and the absence or presence– of testing for COVID-19, which is another factor that will play a significant role in deciding when tourism will return to normal and visitors will again start to fly, cruise and flow into the Caribbean from Europe and North America, in particular.

The operator of a better-known local tour-operating company, also requesting ‘anonymity for now’, replied: ‘Countries have been shut-down long enough that testing will only give you a snapshot of a moment in time.’

He explained, ‘Testing makes no one immune. Someone can test negative and then walk down the road and come into contact with a carrier and get infected – and which makes that person even more of a liability.’

But how about the argument that testing will allow models to be created that would have been encompassing all factors, which might help predict the risk of infection?

Mr Tour Operator’s replied, ‘But, let’s not forget that most of the models so far have been way, way off!’

Returning to the subject of reopening the economy and country, he too, like the previous two significant stakeholders, was also asked to comment on the anxieties of the many vis-à-vis the cautious optimism of the few.

His reply: ‘It seems every time that comes up, some people get spooked; and while Saint Lucia has come out better than most, the truth is there is never likely to be a time when a virus will entirely disappear.

‘We still have remnants of SARS, MERS, AIDS, H1N1, Ebola and the ‘Common Flu’ influenza, among others.

‘If the world were to await their complete disappearance, we would probably never have an economy.  I mean, just try to imagine the idiocy of that!’

So then, the final obvious question was: Where do we go from here?

The two first managers were uncertain about the future because of the fears associated with not knowing where COVID-19 is going.

But Mr Tour Operator had the short answer at the tip of his tongue: ‘To get anywhere from here, fear must first start giving way to innovation — and hope.’

His parting message: ‘We must replace panic and fear with searching for new solutions to old and new problems — and have the confidence to underline our hope in the sure expectation of eventual success of our innovative solutions.’