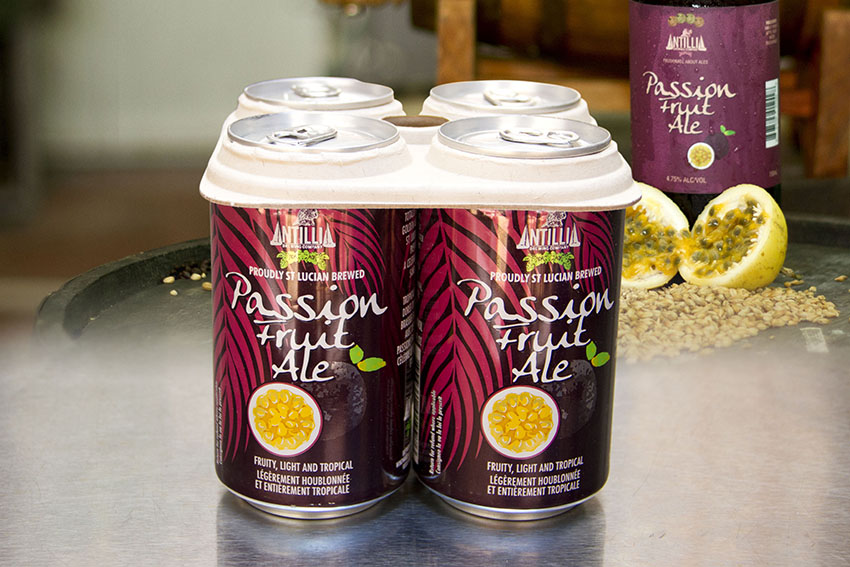 In 2019, Antillia Brewing Company and Windward and Leeward Brewery Limited Du Boulay’s Bottling Company (WLBL DBC) entered a strategic alliance with the goal of positioning Saint Lucia as the leading island in the region for the development and production of beer. WLBL DBC, a regional powerhouse in beer production, renowned especially for award winning Piton Beer, has teamed up with Antillia Brewing to prepare pasteurized canned craft beers suitable for the export market. This alliance was the result of a recommendation by Export Saint Lucia that the craftiness of Antillia Brewing along with the expertise of WLBL DBC would be a match made in beer heaven and that a combination of their powers would result in a world-class product. A meeting of the heads, orchestrated by Export Saint Lucia ensued and the partnership was formed.

The demand for craft beer is on the rise. Regional markets such as Trinidad as well as international markets like North America, the UK/Europe have all seen growing demand. Antillia Brewing currently brews a line, including passion fruit, local citrus and chocolate infused beers in a bid to incorporate the natural agricultural uniqueness and cultural significance of the island into their product. Antillia also ages strong ale on rum casks and barrel ages imperial pale ale on local sour orange and rough lemon rinds, all of which have created quite a stir for their uniqueness and tropical flavour profiles.

Antillia Brewing’s Managing Director Andrew Hashey stated that “under the Innovation Clauses, WLBL DBC has the ability and capacity to can and pasteurize our beers, which is a critical step. Without the stabilization of the pasteurization process, our beers would be confined to Saint Lucian sales channels.” He went further by stating, “In addition to the wide distribution on island through WLBL DBC’s distribution channels, we will be shipping initial orders of our beer lineup to Dominica and Saint Vincent and the Grenadines. We will also be sending sample four (4) packs to Trinidad, Guadeloupe, Antigua, Martinique, USA and Canada in the coming weeks. The Passion Fruit Ale is canned and ready to go and our Formidable IPA and The Naked Fisherman WIPA will be following suit in about 2 weeks.”

Antillia Brewing maintains that the design of the packaging of its craft beer cans stands as an advertisement for the island and it is hoped that beer loving visitors who have tried the brews will see the unique craft beer as added incentive to return to Saint Lucia. Hashey said that “The cans have been designed with specific references to the island, to entice consumers to pick this island as a destination not just for romance, Sulfur Springs and the Piton, but also because Saint Lucia is a destination for the millions of craft beer loving tourists.”

WLBL DBC’s Supply Chain Director Jeffrey Tito stated that “this alliance is important, not just for WLBL DBC and Antillia Brewing, but for SMEs in Saint Lucia. It is important that manufacturers see that strategic partnerships in industries such as these are beneficial not only to the companies, but to the island. This type of approach can lead to an increased skilled labour force, allow for us to seize the opportunities of evolving consumer preferences, being innovative in our product offerings, thereby allowing for faster and more efficient delivery of products to market as a direct response to consumer trends. While this is being done primarily for the export market, we are looking at opportunities to distribute cans locally so our consumers can experience new and innovative beers”.

Through marketing and promotion efforts, Export Saint Lucia has secured some interested buyers to whom samples of the canned beers will be sent. Sunita Daniel, CEO of Export Saint Lucia added that “It is important that our destination is remembered not just for the sun, sea and sand but for the full experience, the romance, the adventure, the food and yes, the beer”. Ms. Daniel continued that “we are happy to see this mutually beneficial partnership come to fruition as undoubtedly it will signal an increase in the exports of yet another world class Saint Lucian product. We can already report that as a direct result of an Export Saint Lucia Misson in March of this year, Antillia Brewing will be exporting three of its craft beer lines in the coming weeks”