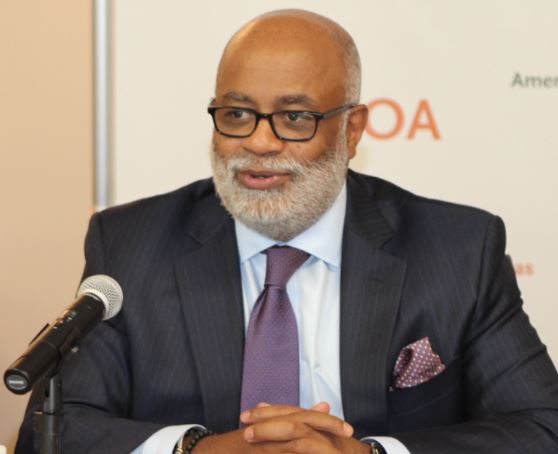 In response to the question posed on whether Caribbean tourism can rebound; what should governments and the private sector do in order to safely revive tourism in the region; and whether Caribbean governments should make their economies less dependent on tourism – Ambassador Edmunds recently responded to the Inter-American Dialogues Latin America Advisor, with the following:

“The rebooting of Caribbean tourism is critical, especially considering the adverse economic impact of the pandemic on the region – an estimated GDP loss of more than $1 billion. The ability to earn foreign exchange and stem unemployment is top priority to ensure social stability, which, if lost, can equally affect the countries of the Caribbean and the United States.

Partnership programs built to address illicit trafficking and hemispheric security are diminished if the region is not able to regain its footing, as is the trade relationship, in which the United States currently enjoys a surplus and trading states are direct beneficiaries.

Regional governments and hoteliers are already working on protocols to protect nationals and visitors, and discussions with the airline and cruise industries on implementation of possible frameworks are ongoing. While recovery will be gradual, a public-private partnership between governments (including the United States) and industry that positions the region as a ‘closed and trusted travel loop’ could be most helpful. More immediately, a lowering of the State Department’s Global Level Advisory from 4, specific to the near-space Caribbean, would be ideal. Longer term, an agreement on a common virus testing regime between U.S. federal and state authorities and Caribbean officials would protect everyone.

To the question of economic diversification, while governments are already developing initiatives to address the current dependence on tourism, the fact remains that this industry currently leads all others in terms of employment and revenue. In order for any plans to be put in place for other industries, access to much of the revenue that tourism and associated industry provide will be the key.”

The publication and inputs from other commentators can be found here

“The Inter-American Dialogue publishes the Latin America Advisor every weekday for scholars, government officials and informed business leaders invested in Latin America’s development and future. Subscribers include Apple, BMW, Citigroup, ExxonMobil, Google, and Mitsubishi, to name a few, as well as government agencies on four continents, and university libraries at Berkeley, Dartmouth, Harvard, and Notre Dame, among other top schools”