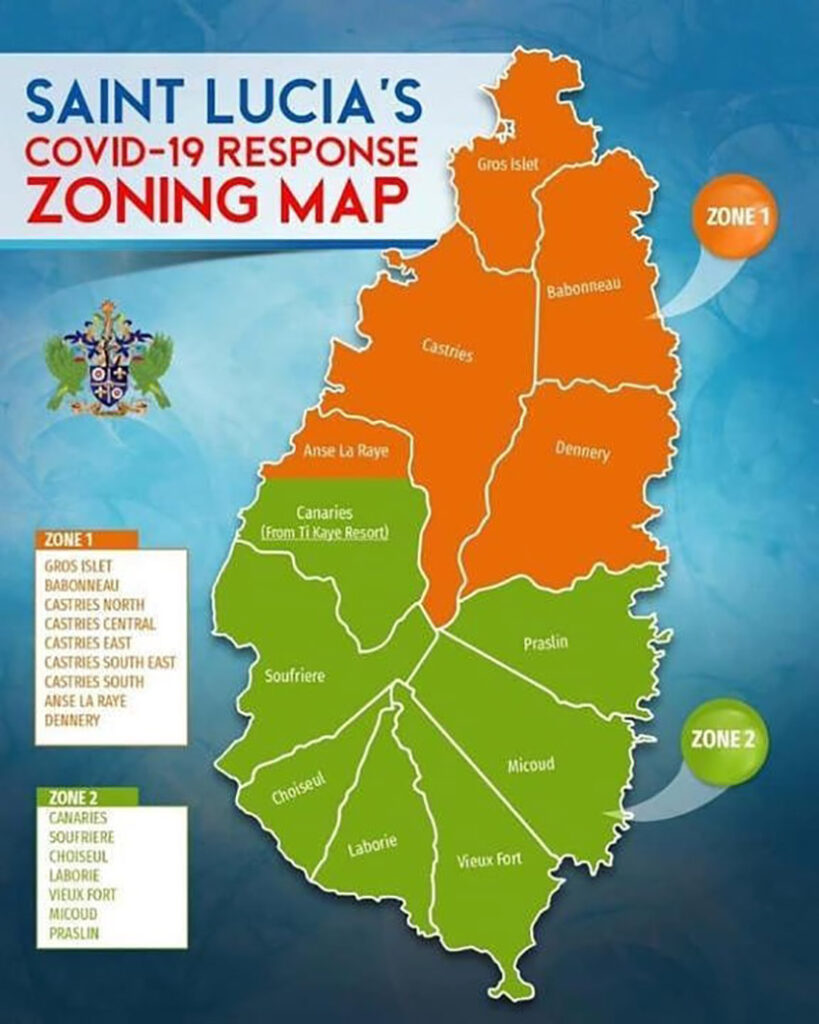 A zoning system has been developed for Saint Lucia in an attempt to restrict large gatherings at business places as the country re-opens, albeit briefly, tomorrow Tuesday April 7, from 7:00am – 4:00pm. The zones are the northern and southern zones. Persons within each zone are asked to remain within their respective zone to complete whatever businesses they have to conduct tomorrow.

The line separating the two zones are from Ti Kai on the West Coast to the Bordelais Correctional Facility on the East Coast.

Acting Police Commissioner Milton Desir, said there will be police checkpoints along the line separating the two zones to ensure that persons remain in their zone.

Consideration, however will be given to persons working in the essential services like the police, fire and healthcare and in emergency cases like transporting a patient to a medical facility. Persons with proper identification working at a food establishment would also be given consideration in crossing from one zone into the other.

“The aim is to have persons remain in their zones so that we can limit the spread of COVID-19,” Desir said.

He urged persons to return immediately to their homes after they have conducted their affairs as they are still under a curfew even though they had a window to transact some business.

“It is not a free for all where persons feel that they can escape home. It is just an opportunity given for persons to purchase needed essentials or conduct important business,” Desir said.

Police, Desir say, would be tough on persons who do not wear face coverings, urging everyone to wear a face mask and stay six feet from each other.

Police will also be tough on drivers of private vehicles who have more than two persons in their vehicles, noting that two persons in a vehicle, the driver being one of the two, should be the norm, at least for this week.

Desir promised to go soft on people tomorrow Tuesday April 7 as this will be the first day of the implementation of these new measures, however he warned that come Wednesday, April 8, police will be tough on violators.

Regarding minibus operators, Infrastructure Minister Guy Joseph said buses will be reduced to carrying 50 percent of their normal load, meaning a 14-seater bus will only carry seven passengers.