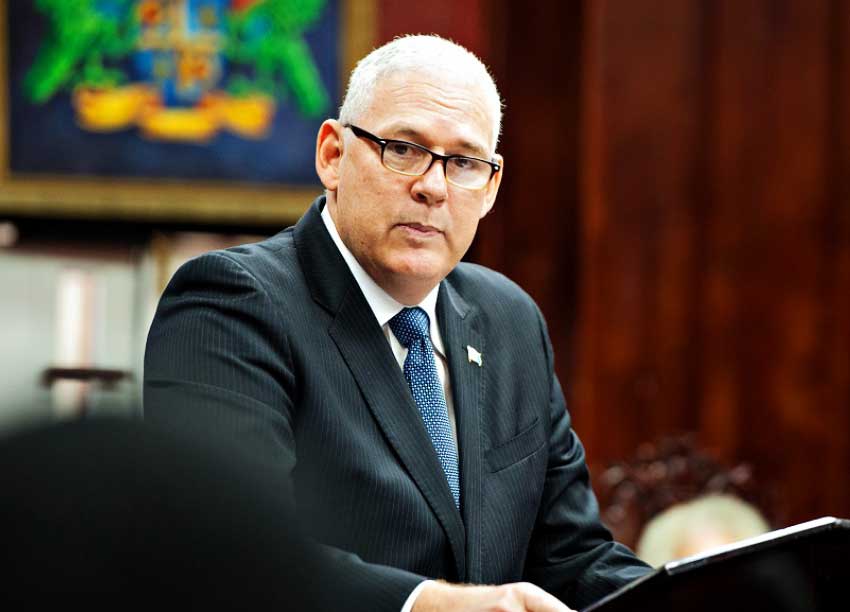 The weeklong, 24-hour curfew imposed on Saint Lucians by the Government of Saint Lucia on April 1, 2020 to April 7, 2020 will not be extended.

Prime Minister Allen Chastanet on Sunday night, April 5, 2020, announced that the curfew will be reduced to 10 hours starting Tuesday.

“We will maintain that curfew until Tuesday morning at five,” Chastanet said in televised address to the nation, adding that no minibuses should be on the road on Monday, except those transporting essential workers like police, nurses, etc.

Meanwhile, the prohibition on the sale of alcohol, that’s was put in place for the 24-hour curfew will remain in effect.

While the 24-hour curfew will continue to be in place Monday April 6, some leeway has been given to supermarkets, grocery stores, bakeries, banks, distributing centers, gas stations etc., to open to stock up on their commodities for reduced opening hours the next day.

For instance, banks have been given permission to replenish ATM machines with cash, bakeries to deliver bread and supermarkets and smaller grocery stores to restock depleted shelves.

The reduced hours of shopping are from 7:00am to 4:00pm throughout this week with exceptions being Good Friday and Easter Sunday when stores will be closed.

The prime minister spoke of shopping within zones, meaning that persons could only shop within their communities with two persons in a vehicle.

“The country will be zoned,” Chastanet said, adding that police will be on hand to enforce social distancing rules at supermarkets and other places of business.