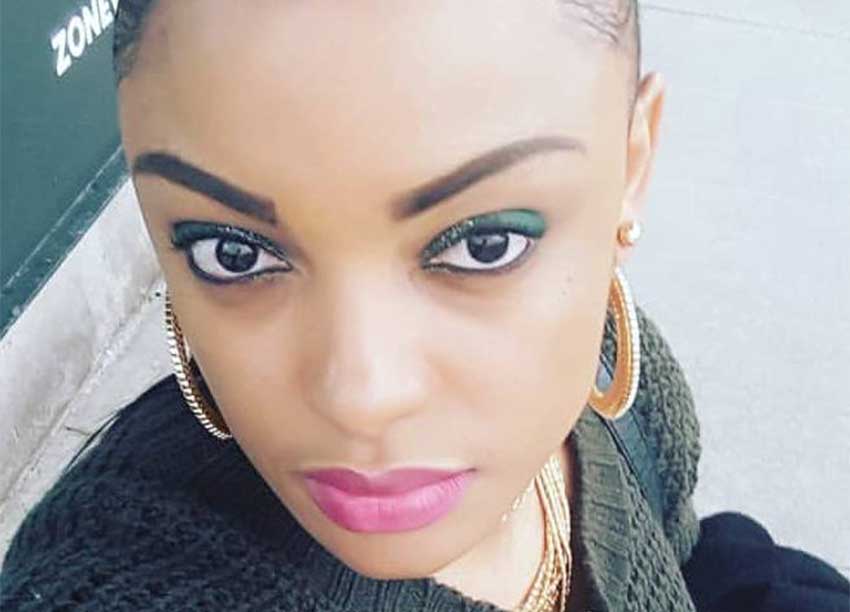 Life is full of opportunities and it is meant to be lived in the fullest capacity. Some of us find ‘love in a hopeless place’, while others travel the world to explore what this big, blue globe has to offer. St Lucian singer/songwriter Cashama Charlery is one of those who has chosen the exploration route.

Cashama, who is also fondly known as Chrissy, grew up right here on this island. She describes her upbringing as being “filled with love and security”. From that,she was able to gain a sense of self-worthand independenceat an early age.With a love for creative expression, she was drawn tosinging, dancing, and writing songs and poetry. She started taking singing seriously at the age of 7 in her home church, and things took off from there. When she was 15, because of her interest in media, she became one of the youngest radio production assistants at the Wave radio station. She worked with and was mentored by long-time radio persona Michael Rogers. In that timeframe, her love for music expanded. Soon after, she became the second sole female vocalist in the music band ‘Soul Dreads’.

Travelling, modeling, and singing became constants in her life, and in 2012, she welcomed her first son, Hasani. In 2013 she migrated to Canada to start a new chapter of her life where within six months she was featured in Canada’s Globe and Mail Newspaper for demonstrating her love and care for others by giving back to the community through volunteerism. She also spent time making the rounds at local clubs where she performed regularly.

Her life took an unexpected turn when she became a victim and survivorof domestic violence. Although it was a heart breaking and terrifying time for herlasting a period of five years, Cashama says because of her faith and love for God and her desire to be an amazing mom no matter what, shewas able to turn her situation around. It was in that moment that an activist was born.

Cashama has spent every waking moment since thenmotivating and inspiring women young and old, who have had similar experiences, through speaking engagements and providing informative information through her many social media platforms. In that respect, she’s also had the opportunity to facilitate one on one sessions with victims of violence in various shelters in Canada.

“My goal was not just to inspire the women in these shelters, but also the workers there,” Cashama says. “The message is always about holding onto hope by reclaiming your voice and finding freedom. One of my goals is to build a shelter for abused women and children that will not only provide security but education for the most vulnerable. I want to shed more light on these situations faced by so many women and children, who are abused.”

Most recently, Cashama shared her experiences with the world through the SHE Caribbean Magazine, in a moving article entitled ‘Finding Freedom’. Her work has been featured in several publications since then, including The VOICE Newspaper.

Today, she is a wife and a mother of three boys. In addition to focusing on being present for her family and providing support and encouragement to women in whatever capacity she can, Cashama is also now working on her first EP, which is expected to be released by the end of 2020. She is also working on her first novel titled, ‘Pain ofSilence of an Immigrant Woman’, which she will share more details on soon!