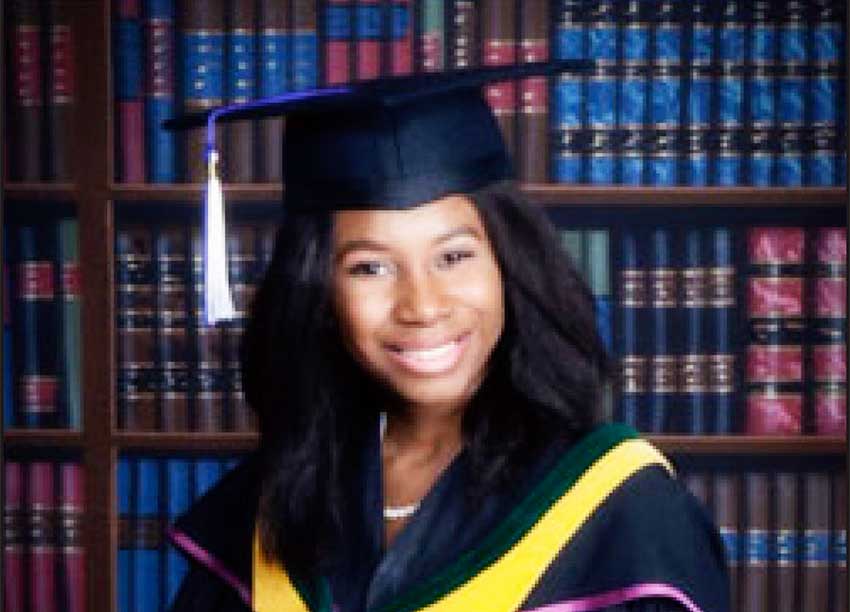 Regardless how small Saint Lucia might be, the root of perseverance and dedication grows deep within the core of its people, spreading far and wide the branches of excellence, so that all may taste of its nourishment. The people continue to weave into the fabric of their culture the intricate threads of talent, brilliance, merit and distinction in all areas they venture into.

Lisa Monique is one Saint Lucian who has maintained this culture of excellence by blossoming in the academic world. She graduated in June of 2019 from the University of Western Ontario, Canada, after completing a Bachelor of Medical Sciences degree with an Honours Specialisation in Computational Biochemistry. The university’s department of Biochemistry accorded Lisa its most prestigious award; the 2019 Rossiter Award for Research Excellence. This is an honour which is bestowed upon a single student for excellence in the Biochemistry Thesis Research Project.

Lisa was one of three students out of a pool of more than 700 international applicants to be accepted by the university in 2016 through the International President’s Entrance Scholarship. She was also the first Saint Lucian to receive this scholarship. She has been excelling tremendously in her academic studies from the first day she entered a classroom, toping Saint Lucia’s Common Entrance Examination in 2008. She afterward attended the St Joseph’s Convent where she pursued a pure science curriculum thus attaining nine CXC general 1s and a general 2. In 2008 Lisa became one of 15 recipients of the Goggle Generation Scholarship in the North American region for academic excellence and exceptional leadership.

Lisa plans on completing a Doctorate of Medicine and Philosophy (MD–PhD) with the aim of becoming a clinician scientist in the fight against cancer. She said that she is passionate about the study of cancer as the disease continues to affect the lives of the people around her.