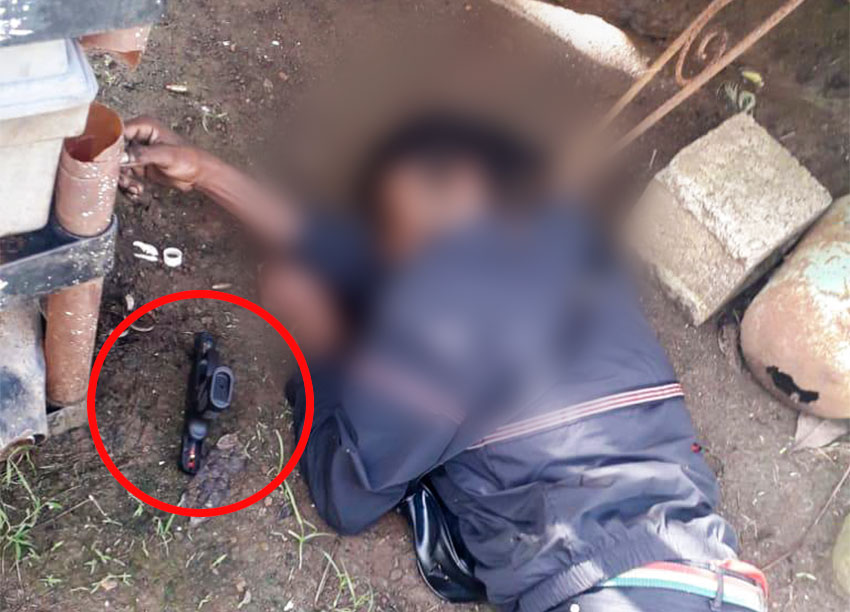 THIRTY-two-year-old Thorn Sylvaine and thirty-four-year-old Garvin Willie, both of Boguis, Babonneau, were the victims of a double homicide resulting from a shooting on Friday 24th January in Boguis, Babonneau. Residents from the community reported hearing gunshots shortly before midnight on that Friday. However, it was not until around 8 a.m. the following morning that the two men were discovered to have been killed.

The bodies of the victims, who were said to be cousins, were found in the yard outside of Sylvaine’s home. Pictures of the deceased men in the aftermath of the shooting were quickly circulated on social media. A 9mm pistol, which was pictured on the ground beside one of the victims, was recovered by police upon arrival at the scene. No arrests have been made in connection to this homicide. Sylvaine and Willie were the island’s second and third homicide victims for 2020. Police investigations into the matter are ongoing.