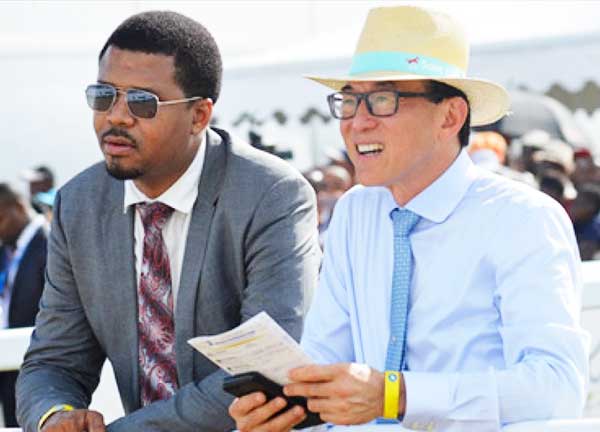 HAVING attended the December 13th horse racing event, three trends of thought crossed my mind. First was the comments uttered by Moses JnBaptiste (Musa) that his government would consider securing the existence of the Tu-lu-lu and Za-kai-a in the area prior to any major investment, second was the foul scent emanating from the area of the Turf Club at the initial ground breaking ceremony based on years of cattle pollution which had never been cleaned and the third was a distinct transformation from what it was to what it is.

The two individuals which popped out of my mind are Prime Minister Allen Chastanet and Teo Ah Khing, one with the will and determination, the other with the foresight and financing to make it happen. This project came to fruition besides the everlasting criticism, the obstacles, the fake news and so the list went on. The fake news persisted hours before the official opening by way of the morbid assessments relating to the health of the horses.

What message are we sending to investors who have incurred blood, sweat and tears into a project? The kind of investors who landed on St Lucian soil for the opening have already paid dividends as high level talks are already on the way based on what investors realized as a preferred area of investment. This is what the Prime Minister has been saying for the last three years. This project is a catalyst to investment, as business persons who had never seen nor heard of St Lucia now had the opportunity to visit our shores firsthand and experience the hospitality of our fellow St Lucians for three days, suddenly realizing here is a form of virgin territory, a stone throw away from the US with excellent airlift to both the US and Europe. What more could an investor ask for?

Let me take this opportunity to say a huge thank you to our Prime Minister and Teo Ah Khing for making this project a reality. The 7,000 visitors, St Lucians and foreigners alike who descended on the sleepy area of Vieux Fort will go down in history as a day of remembrance not only to Christopher Columbus who discovered St Lucia but to Teo Ah Khing who made a new world order aware of the south. Most hotel owners on island will recall the windfall which took place before and after December 13th when nearly every hotel was completely filled.

CHRISTOPHER COLUMBUS WAS AN ITALIAN AND TEO AH KHING A MALASIAN