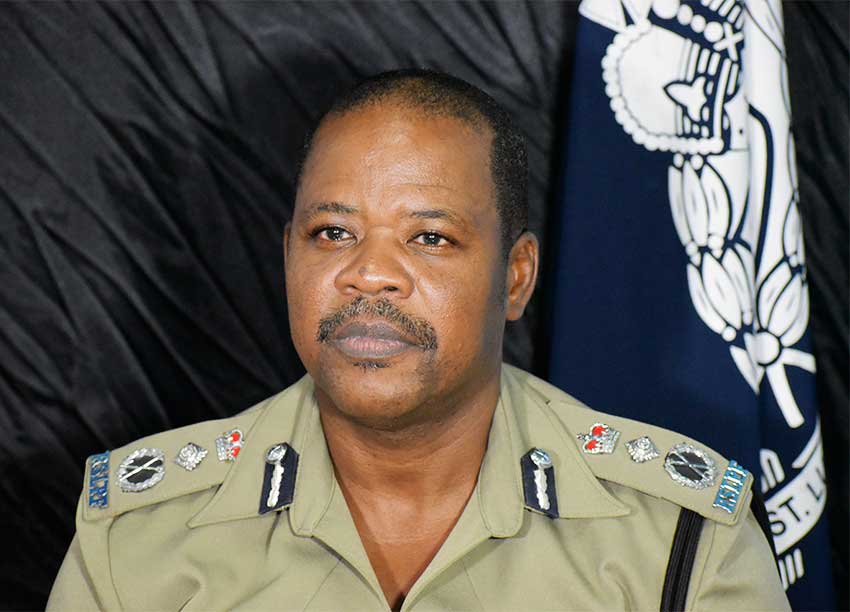 POLICE Commissioner Severin Moncherry this week made it clear that all perpetrators of crime will be held accountable regardless of their rank, status or position.

“We are law-enforcement officers, and no matter who commits themselves we will deal with them whether you are a politician, police, doctor or lawyer. No matter what you are in society, we will enforce the law when we have to enforce it,” The Commissioner stated.

The Commissioner’s statement was made in response to the question of whether high ranking government officials can be investigated and convicted for crimes in Saint Lucia as was recently the case with Surinam President, Desire Delano Bouterse, who was convicted of murder on November 29th. In the event that such a situation, akin to what occurred in Surinam, were to happen in Saint Lucia, the Commissioner of Police said that the police force had the capacity to deal with it.

In addition, the Commissioner of Police wished to encourage locals to report the misdemeanours of visitors. This came in response to craft vendors from the Vendors’ Arcade who claim to have been victims of theft perpetrated by foreign visitors. It has been implied that vendors refrain from reporting such matters on the principle that tourism was too vital an industry to make reports that would affect visitors. In this regard, Moncherry reiterated, “In this case, what I can tell you is that we are crime fighters; and we are crime fighters against anyone who breaks the law, whether they are foreigners or locals. If the vendors chose not to report, I would urge them that when they have these situations, that they must report them. –And no matter who it is, the police will investigate the matter.”

Moncherry did highlight however, that there were instances, such as those involving children, in which the police would act in the absence of a report. In that regard, The Commissioner affirmed, “In the case of young children; vulnerable persons generally… even in the absence of a report, we would act.” One such matter was the case of the recent viral video in which an adult was seen assaulting her underage niece in relation to a pair of shoes. According to Moncherry, the adult in question has been arrested and charged for causing harm to the minor. It is reported that she is presently on bail.