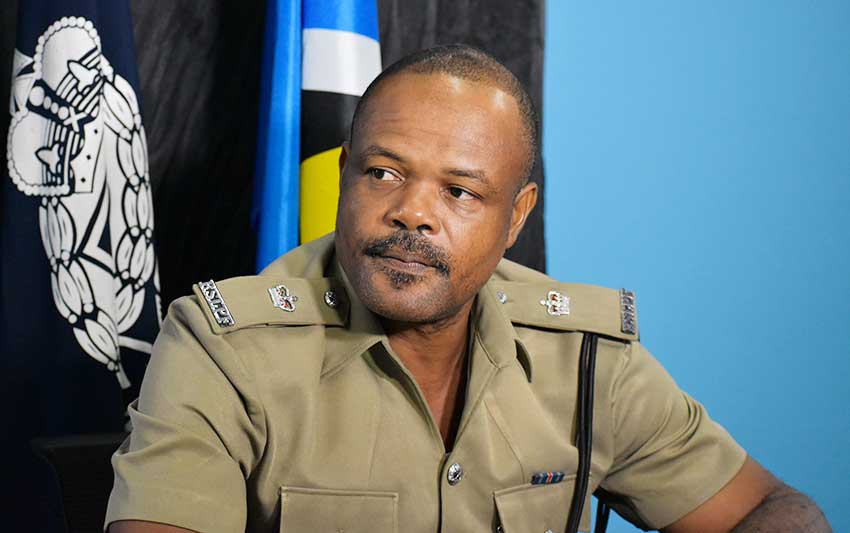 IN the early hours of Wednesday 4th December, police officers received a report of burglary at a private residence in Carielle, Castries. On that same day, video footage of the reported burglary was released on social media. The video revealed a minor, of age fifteen, detained in handcuffs which were secured upon him by the owner of the house. The young burglar, who was reported to be unharmed by his captor, was asked on camera to state his age, his name and his parents name, whether or not he attended school and his reason for breaking and entering the house.

The minor was charged yesterday with the offence of burglary and was due for a bail hearing later on that day. It is not known whether the bail hearing took place, and if so, whether or not bail was posted. There has been some public concern regarding the arrest of the fifteen year old. In regards to the arrest, George Nicholas, Superintendent of Police with Responsibility for Territorial Policing, stated, “He is a minor but at the same time he is of the age of criminal responsibility, and once you have attained that age, then you will be charged for whatever offence that you have committed.”

The nature of this recent video of the minor was contrary to video footage of the past which revealed house burglars being flogged by their captors. For this reason, the Royal Saint Lucia Police Force (RSLPF) has commended the home-owner in question for not inflicting physical harm on the minor. Nicholas stated, “We must commend the home-owner in this incident for exercising restraint and good judgement in not harming the minor, and that is the kind of thing we encourage.” He emphasised that persons should not use more force than is necessary when countering burglars or other assailants.

He added, “While the law makes provision for you to defend yourself and your property, it also states that the force that should be used, is only reasonable force that is necessary in order for you to overcome your assailant. So we want to commend the person in question for exercising restrain in this latest incident.”

In relation to the question of legality of the actions of the home-owner, in which he posted on social media, the video of him asking the minor to state his personal details, Nicholas stated, “We have very little control as to what people do and don’t do when it comes to social media. Again, the individual had a right to detain the individual and call the police, which he did.”

Nicholas went on to say that social media has assisted the police in a number of ways. “As law enforcement, we can use what is broadcasted on social media to our advantage. We can say thanks to social media nowadays because it exposes a lot of ills that are occurring in society that we otherwise would not have known of without social media.” He also noted that persons should exercise some degree of control and responsibility when using social media, as they tend to broadcast incidents which he said were not “social media worthy”.

Regarding the question of justice and rehabilitation for minors who break the law, Nicholas replied, “What we have presently is the Boys’ Training Centre. When a matter is brought before the court, the court in its wisdom would assess the situation and determine what course of action is to be taken. Sometimes the court would offer counselling or other forms of rehabilitation that they see fit in the circumstance.