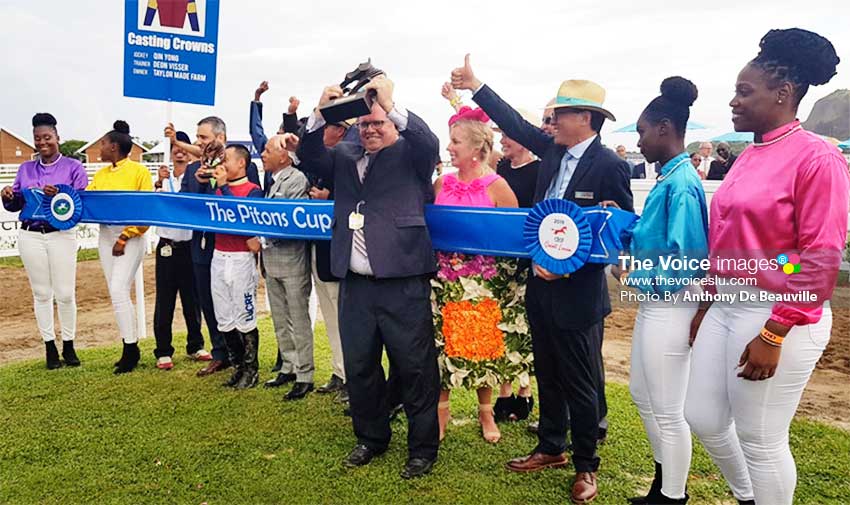 With a huge crowd in attendance, including a number of overseas visitors, the various jockeys did not disappoint when the showpiece commenced at 1.30 p.m.

Yong made his move early in the straight when sliding up the fence passed eventual runner-up Colonel’s Pride before racing away with the overall trophy and prize money.

The owner for Casting Crowns, Frank Taylor said, “We have won the Dubai World Cup and this was amazing. This is our little Dubai World Cup. The people here are the friendliest in the world. Today has been an amazing experience and we will definitely be back”.

“This place, The Royal Saint Lucia Turf Club is going to be a great success and we want to be a part of it. We will be going back home to the United States and telling people they need to be involved here.” noted Taylor.

More on Friday’s opening day at the Royal Saint Lucia Turf Club in Thursday 19th December edition of the VOICE.