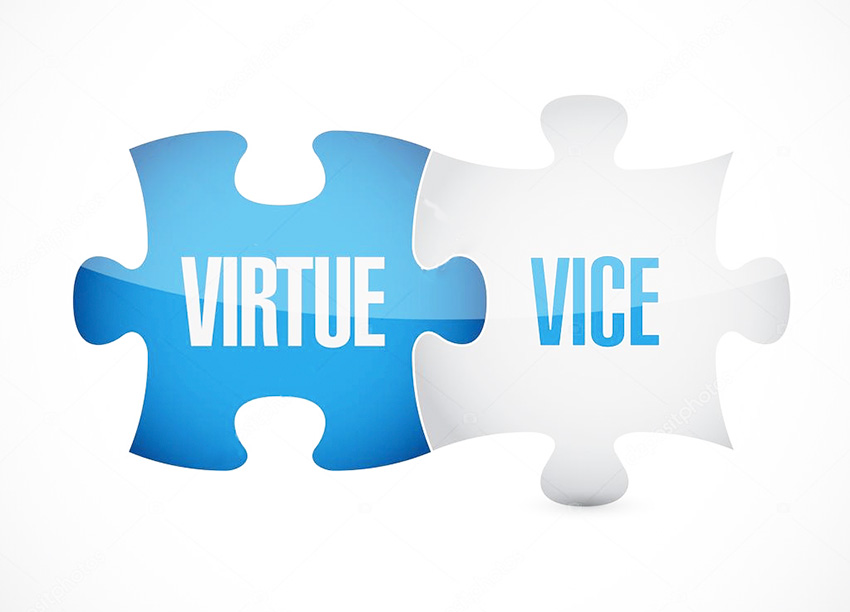 In order for us to engage in a positive discussion on such a diverse topic, it is important to put a few things into perspective.

If character relates to the mental and moral qualities that are distinctive to any individual and it is shaped by religion and ethics, then we should be careful how we raise our children. That is a given!

The Family is the First Institution where children are taught morals, values, respect, love, forgiveness, religion, discipline and fear of God. In the process it is hoped that a strong positive character would be formed for the greater good of the community or society as a whole. It is therefore reasonable, to expect that every child will one day become an adult, father, mother, priest, doctor, lawyer, nurse, police, teacher, politician or useful person to the community, society or nation one day.

All of the above depends on one’s understanding, acceptance and belief of the differences between the two extremes of virtues and vices.

Virtue is defined as: behavior showing high moral standards. Vice on the other hand is referred to as: immoral or wicked behaviour.

Typical virtues include courage, temperance, justice, prudence, fortitude, liberality, and truthfulness. Vices, by contrast, are negative character traits that we develop in response to the same emotions and urges. Typical vices include cowardice, insensibility, injustice, and vanity.

If our children who are young adults today do not have any understanding of the above or care very little to practice them in their daily lives it is our fault.

The moral virtues are as follows: wisdom, courage, chastity, and justice. The opposite qualities of these are: ignorance, cowardice, concupiscence (gluttony and lust), injustice and tyranny. If the human person has not been nurtured positively he or she may not be as progressive as they should be. Wisdom means possession of an understanding of the objects of the world which concurs with the reality of things. The presence of courage and chastity means that the powers of anger and desire are entirely at the command of the intellect and completely free from the bondages of concupiscence and egoism. As for justice, this refers to the condition when the power of imagination is completely under the command of the power of the intellect. In other words, the presence of the faculty of justice in the human person necessitates the presence of the other three faculties of wisdom, courage and chastity.

The following negative human qualities will drag our nation down if we fail to address it. Anger: Strong passion or emotion of displeasure or antagonism, excited by real or supposed injury or insult to one self or others or by the intent to do such injury. Arrogance: making undue claims in an overbearing manner; that species of pride which consists in exorbitant claims of rank, dignity, estimation or power, which exalts the worth or importance of the person to an undue degree; proud contempt of others; lordliness; haughtiness; self-assumption; presumption. Bragging: exhibiting self-importance, boastful talk. Cowardice: lack of courage to face danger; extreme timidity; base fear of danger or hurt; lack of spirit. Disloyalty: Lack of loyalty; lack of fidelity; violation of allegiance. Doubt: lack of trust and confidence. To suspect; to fear; to be apprehensive.A feeling ofuncertainty or lack of conviction. Envy: A feeling of discontent and resentment aroused by and in conjunction with desire for the possessions or qualities of another. Greed: an excessive desire to acquire or possess more than what one needs or deserves, especially with respect to material wealth. Injustice: the practice of being unjust or unfair. Impatience: the quality of being impatient; want of endurance of pain. Jealousy: the quality of being jealous; earnest concern or solicitude; painful apprehension of rivalship in cases nearly affecting one’s happiness; painful suspicion of the faithfulness of husband, wife, or lover. Recklessness: wild carelessness and disregard for consequences. Insufficient consideration. Sloth: aversion to work or exertion; laziness; indolence. Untrustworthiness: the trait of not deserving trust or confidence. Vanity: inflated pride in oneself or one’s appearance. Weakness: the quality or state of being weak; want of strength or firmness; lack of vigor; want of resolution or of moral strength; feebleness. Wrath: forceful, often vindictive anger.

If one is aware of the human failings then it is easier to resist negative patterns. Be mindful of the following and pray always.

Anger is one passion in man that has deeper roots in his rational nature than any other. Anger and reason are capable of great compatibility because anger is based upon reason which weighs the injury done and the satisfaction to be demanded. We are never angry unless someone has injured us in some way. Or we think that he/she has. Envy is sadness at another’s good and joy at another’s evil or misfortune. What rust is to iron, what moths are to wool, what termites are to wood, that envy is to the soul. It is the assassination to brotherly love. Lust is an inordinate love of the pleasures of the flesh. The important word here is inordinate for it was the Almighty God Himself who associated pleasure with the flesh. He attached pleasure to eating in order that we might not be remiss in nourishing and preserving our individual lives. He associated pleasure with the marital act in order that husbands and wives might not be remiss in their social obligations to propagate mankind and raise children for the kingdom of God. The pleasure becomes sinful at that point where instead of using it as means we begin to use it as an end. Pride is an inordinate love of one’s own excellence either of the body or mind or the unlawful pleasure we derive from thinking that we have no superiors. Pride being swollen egoism it erects the human soul into a separate center of origin apart from God. It exaggerates its own importance and becomes a world in and for itself. All other sins are evil deeds but pride insinuates itself even unto good works to destroy and slay them. Sacred Scripture says: “Pride goeth before destruction.”

Gluttony is an inordinate indulgence in food or drink either in taking more than is necessary, taking it at the wrong time or in taking it too luxuriously. It is sinful because reason demands that food and drink be taken for necessity and conveniences of nature not for pleasure alone. Sloth is a malady of the will that causes us to neglect our duties. It may be spiritual or physical. It is physical when it shows itself in laziness, procrastination, idleness, softness, indifference and nonchalance. It is spiritual when it shows itself in an indifference to character betterment, distaste to spiritual, a hurried crowding of devotions, lukewarmness and failure to cultivate virtue. Covetousness is an inordinate love of things of this world. It becomes inordinate if one is not guided by a reasonable end such as a suitable provision for one’s family or the future or if one is too solicitous in amassing wealth or too parsimonious in dispensing tithe sin of covetousness includes therefore both the intention one has in acquiring the goods of this world and the manner of acquiring them. It is not the love of an excess sum that makes it wrong but an inordinate love of any sum.