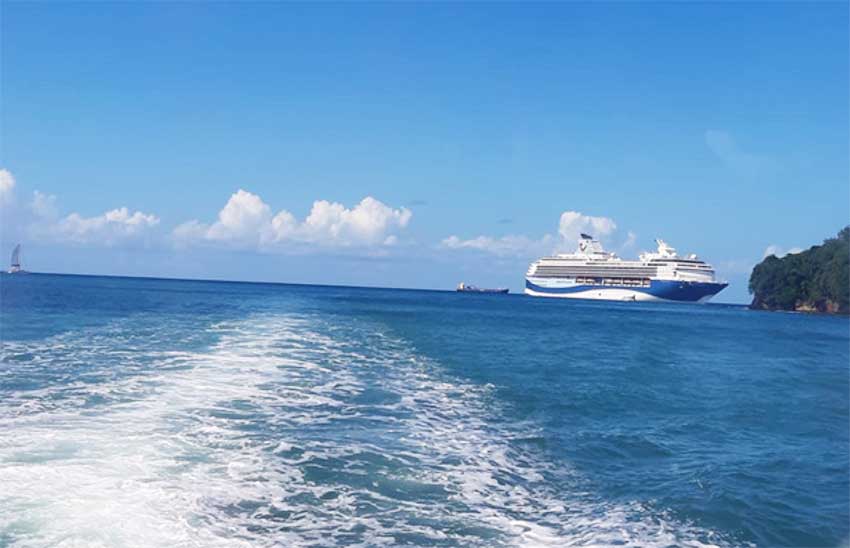 THE Saint Lucia Air and Sea Ports Authority (SLASPA) anticipates a projected increase in cruise calls to Port Castries for the year 2019/2020. The projection follows a bustling commencement of the cruise season, November to March. Already in the first month the island has welcomed almost 13 vessels.

According to Vessel Captain Richard Watkins, “Saint Lucia was a must-visit destination for us. We believed that the island and the warmth of its people would give the experience that Marella promises its passengers – a home away from home that meets the needs of couples, friends and groups.”

“As the custodians of air and sea operations SLASPA makes strides to ensure that your welcome and farewell in Saint Lucia will leave an indelible mark,” she stated.

On November 5, 2019, SLASPA joined key agencies during the inaugural call of Mein Schiff 2 to Port Castries, another addition to TUI’S fleet. Saint Lucia’s cruise tourism projections are significant, having already realised a 70% boost of the previous year’s approximated figure, 371 calls.

The visit by the two recent vessels in addition to the Carnival, Norwegian, Freedom, Explorer, Royal Caribbean and Celebrity lines, will further complement these expectations.