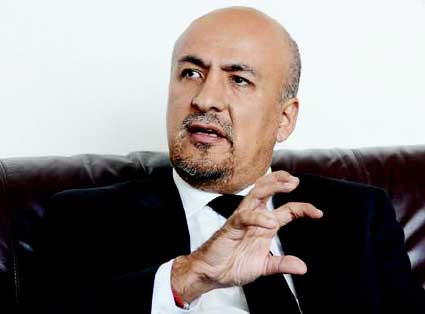 MEXICO and Latin America are undeniably linked by historical and cultural ties. However, our foreign policy has not always kept up with the reality. The current government of President Andrés Manuel López Obrador seeks a relationship with Latin America and the Caribbean that goes beyond the simple preservation of the traditional ties. We aim to recalibrate our diplomatic compass and, once more, look towards the South.

We will accomplish this by looking through a particular lens: which is the pursuit of development and social justice for Mexico and for the region. With the support of the Mexican Senate, Mexican embassies and consulates in Latin American and the Caribbean have been strengthened. Twenty-one new ambassadors and consuls are renewing our bilateral ties in fields such as trade, culture, and tourism, while always maintaining the emphasis that this administration has placed on the social dimension.

The epitome of our emphasis on Latin America is the Comprehensive Development Plan between Guatemala/El Salvador/Honduras/Mexico. Together with the countries of northern Central America and the United Nations-ECLAC, we have consolidated a cooperation alliance to promote inclusive and equal growth throughout the region.

The presidents of the four countries have met to materialise the plan – which is the most ambitious cooperation project with Central America yet – into concrete results. We have already allocated $30 million to El Salvador and Honduras, and an identical amount is planned for Guatemala. We are promoting social policies, creating tens of thousands of jobs, and projects with an important environmental component for the region.

Beyond Central America, Mexico is using its political capital in sub-regional fora such as the Caribbean Community (CARICOM) and the Association of Caribbean States to promote the peaceful resolution of regional conflicts, as well as to catalyse sustainable development projects.

In South America, our participation in the Pacific Alliance, for example, has emphasised the follow-up of those actions that have the greatest impact on the societies of the four countries that comprise it. With the people and societies at the centre of our policy, a concrete example of the work of this new administration is the 70 tons of humanitarian aid that Mexico recently provided to the people of The Bahamas after Hurricane Dorian.

Significant participation
This renewed presence has allowed Mexico to gain the support from the regional countries to chair important regional forums. In this regard, we will occupy the pro tempore presidency of three regional mechanisms in the coming years. In 2020, we will preside over the Community of Latin American and Caribbean States and the Tuxtla Dialogue, as well as the Coordination Mechanism Summit and in 2021; we will lead a renewed Pacific Alliance.

At the hemispheric level, Mexico’s participation is also significant. Based on clear positions, our work within the Organization of American States seeks to set aside the politicisation of its agenda and to privilege its mission in favour of peace and justice in the continent. It is in this forum that we have advanced our national interests, such as the protection of Mexicans abroad, through the unanimous condemnation of the terrorist attack in El Paso, Texas, or the categorical rejection of the invocation of the Inter-American Treaty of Reciprocal Assistance, in strict adherence to the constitutional principles of non-intervention and peaceful settlement of disputes.

The current administration is about to celebrate its first year, and we have worked earnestly and constantly with each of our partners in the region, as well as within the framework of the regional forums. The results of these efforts, and of the democratic project with a social dimension represented by the government of Mexico, are demonstrated by the recognition that we have received to lead important mechanisms in the region.

As a result, Latin America and the Caribbean are once again a regional priority for our foreign policy; a policy in which the well-being of people and societies is the main objective. Hence, the Mexican diplomacy has returned to its conviction of spearheading Latin America. Our outward gaze returns therefore towards the south.

Editor’s note: Maximiliano Reyes Zúñiga is the Mexican Undersecretary for Latin America and the Caribbean, and Secretary for Foreign Affairs.