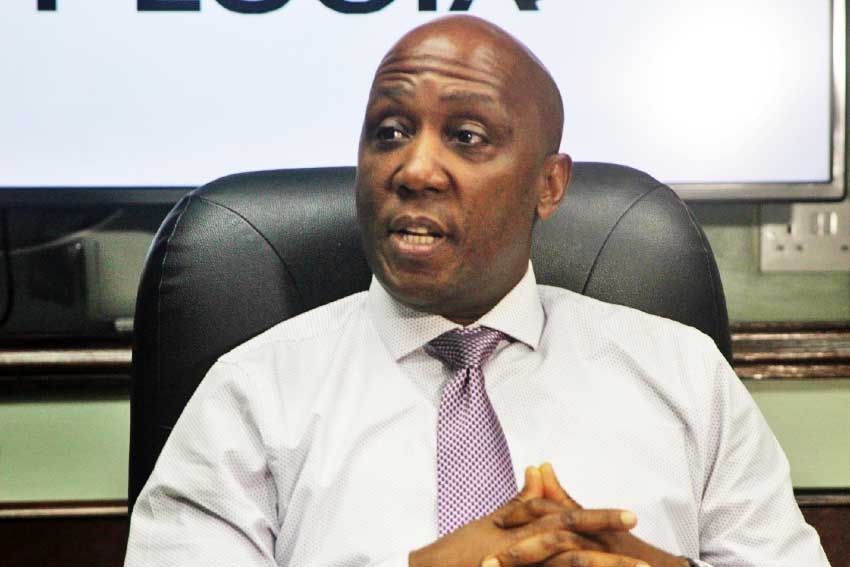 INVEST Saint Lucia, the country’s premier agency for sourcing legitimate foreign investments unto its shores, is all for a legalized, well-regulated cannabis industry and is pushing for such an industry to get off the ground as quickly as possible.

Roderick Cherry, Chief Executive Officer of Invest Saint Lucia shared the agency’s views on the ongoing public debate on whether to legalize cannabis and make it a cash crop for commercial, medicinal and other purposes.

“We (Invest Saint Lucia) are definitely for a legalized, well-regulated and well-run cannabis industry. The market has told us that and as I have said in previous talking engagements, the most interest we have seen from serious, credible investors has been for a cannabis industry,” Cherry said.

The position Invest Saint Lucia holds on the cannabis debate seems to be similar to that of government despite its slow-moving approach to deciding whether to de-criminalize or legalize cannabis.

Government this year appointed Commerce and Trade Minister Bradley Felix as its point man in determining the way forward on the issue.

Government too, has put in place a Cannabis Commission to review and make recommendations on the regulatory framework for cannabis.

The government’s reason is based on the changing worldview on the decriminalization and legalization of cannabis, which is now being seen as a cash crop rather than an illegal commodity. As a result of the changing views of several countries, Saint Lucia is now trying to position itself to take advantage of the transformative economic benefits of that emerging industry.

Invest Saint Lucia seems to be way ahead of the Cabinet of Ministers, which established the Cannabis Commission.

“Part of Invest Saint Lucia’s mandate is advocacy and as such we have been advocating for that (cannabis industry). In fact, we have been more than advocating. We have put in some finance towards reconstituting the cannabis constitution and we are the secretariat for that Commission,” Cherry said.

He added, “We are definitely interested in that. Obviously, we see the economic impact however, it has to be done in a well-regulated, legalized environment,” Cherry said of the establishment of a cannabis industry here.

It seems that what is holding back the forward march to a government decision on cannabis are the pending recommendations from the Cannabis Commission.

The Commission will consult on a number of issues fundamental to the design of a new legislative and regulatory framework for restricted cannabis use and will be guided by principles and priorities including protecting Saint Lucians by keeping cannabis out of the hands of children and youth; keeping the profits out of the hands of criminals; reducing the burden on the police and the justice system associated with simple possession of cannabis offences and more.

“The Commission has been given up until the end of December to give us at least a first draft of the report on what a regulated industry would look like,” Cherry said.

“We may be late to the party but what we have done is to use the legislation from other islands, even Canada and some states from the United States in guiding the Commission,” Cherry added.

Cherry believes that with a proper legislative framework in place Saint Lucia could still get into the industry and make some money.