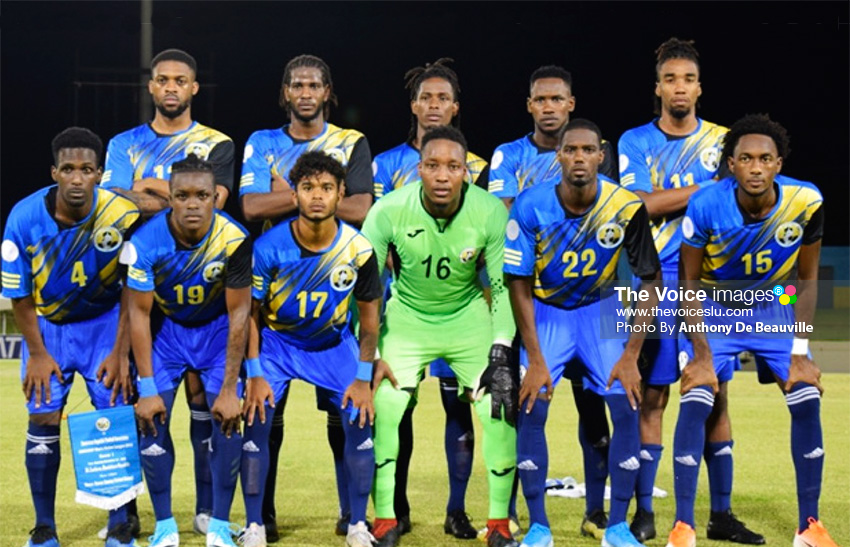 THE Saint Lucia – Piton Boyz, formerly known as the Saint Lucia National Senior Men’s Football Team will need the support of all and sundry this evening when they take on a strong Montserrat team comprising English based players at the Daren Sammy Cricket Ground (DSCG). This will be the final match of their campaign in the 2019 – 2020 CONCACAF Nations League (CNL).

The home team had a massive win on Saturday evening against FIFA’s World Ranked 153rd team the Dominican Republic, and will be looking for their second consecutive win this evening.

In what has been recognized as a “must win situation” for team 758, a win will see them remain in Group B for next year’s CONCACAF Nations League. The loser will be relegated from Group B/ Division 2 and the winning team could possibly go as high as second place in the group depending on the result of the game between El Salvador and the Dominican Republic which is also scheduled to kick off simultaneously in El Salvador.

Head Coach for the Saint Lucia team, Jamaal Shabazz, in a post-match interview following his team’s victory Saturday evening said, “It was a good effort by team Saint Lucia; we had the opportunity to score a couple more goals; the Dominican Republic, they had opportunities too and our goalkeeper Lamar Joseph did well between the up rights.”

Shabazz went on to applaud the efforts of the players in a collective way and the confidence they showed in approaching the game.

In terms of qualification he noted, “We are not in a position to qualify, because we are now playing catch up; we are in a group and when you look at the other teams in terms of their football locally and internationally to where our football is, Saint Lucia is playing catch up.”

Nevertheless, he felt that a positive result would bring a lot of confidence to the team and the fans.

“The fans are coming,” he said, “but they are coming very slowly, this is not good enough. We are playing at home… for this evening’s encounter against Montserrat we want the people to come out; this is how the Caribbean teams will build the culture. We see now in Jamaica, win, lose or draw they expect to see a certain number of people in the stands. We want the Saint Lucan people to understand this is your national team and when we recognize that, we come and we don’t come and be silent, we come and register our presence by urging our team on.”

Ahead of this evening’s encounter Shabazz urged the players to “approach the game with courage and confidence.”

“The result does not come before, it comes at the end,” he said. “We don’t think about the results, we think only to prepare and put our best foot forward.”

As it relates to the Montserrat team, the Head Coach commented: “This is a totally different opponent… Montserrat is going to play the ball long; we have to out jump them, they are going to be very direct in their approach, they are very big, all giants, it’s going to be a different game.”