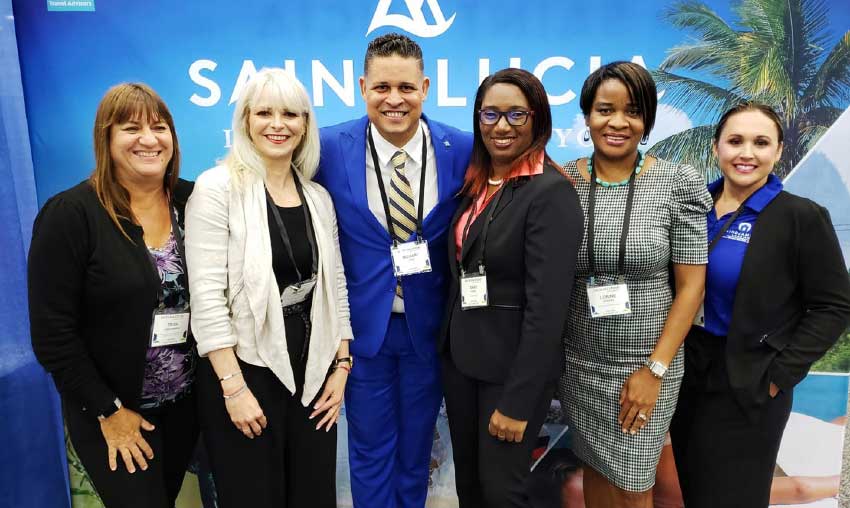 THE Saint Lucia Tourism Authority (SLTA) is targeting consumer and trade audiences across North America in the month of October, pushing the destination’s profile ahead of the busy winter season and promoting destination updates to a wide variety of audiences.

The packed agenda will include specialized Familiarization trips, together with a series of targeted road and trade shows, among other exciting collaborations. Throughout October, SLTA representatives in the US and Canada will dialogue with trade and industry partners, apprising them of the latest developments, such as the additional airlift to the island out of the Midwest, all in an effort to drive sales and keep the destination top of mind.

Among the main highpoints is a Canadian Luxury Fam that brings together nine highly sought-after elite travel agents from key Canadian gateways, to explore a dozen of Saint Lucia’s most luxurious properties along with iconic sites and attractions. Saint Lucia is also expected to make a splash at the acclaimed Simcoe Country Bridal Show, held in partnership with Selloffvacations.com in Barrie, Ontario, Canada, where the destination’s status as Top World’s Leading Honeymoon Destination will be exhibited.

Saint Lucia will also participate in one of the world’s largest and most prestigious sailboat shows in October, seeking to build its reputation as a prime sailing & yachting destination. The consumer-oriented Annapolis Boat Show slated for October 10-14 in Maryland USA, caters to soft adventure and marks its 50th anniversary, with attendance of sailors from around the world. SLTA officials will also meet one-on-one with top executives of the major cruise lines for crucial talks, when the 2019 Florida-Caribbean Cruise Association (FCCA) meetings convene in Puerto Rico from October 21-24.

“As we usher in October as Creole Heritage Month and accentuate everything authentic about Saint Lucia’s rich and diverse cultural patrimony, we are equally excited about the plethora of trade and consumer activities happening in our major international source markets,” notes Saint Lucia Tourism Authority CEO Beverly Nicholson-Doty.

On island, the hosting of the 2nd annual Expedia Day of Caring on October 5 is expected to generate much interest, as industry officials team up with the staff of the SLTA and other tourism representatives, to play their part in advancing environmental conservation.

Also on the October agenda is “Inspired by Saint Lucia,” (IBS) a Mid-Western Roadshow with multiple touch points from western Michigan, Indiana, Iowa and Wisconsin. The roadshow will include meetings, incentive planners, media, consumers and travel trade. A primary objective of the series is to share news about the new non-stop service on American Airlines direct from Chicago starting December 21, 2019, in time for the winter season. Additionally, the SLTA will inform on destination updates, while creating immersive experiences in partnership with stakeholders.

While in Chicago, senior SLTA executives and hotel reps will host a press event to share news about Saint Lucia and promote the new American Airlines Chicago flight to print, online and broadcast media. The event will drive interest in news stories about the destination, building awareness among Chicago and mid-west consumers.