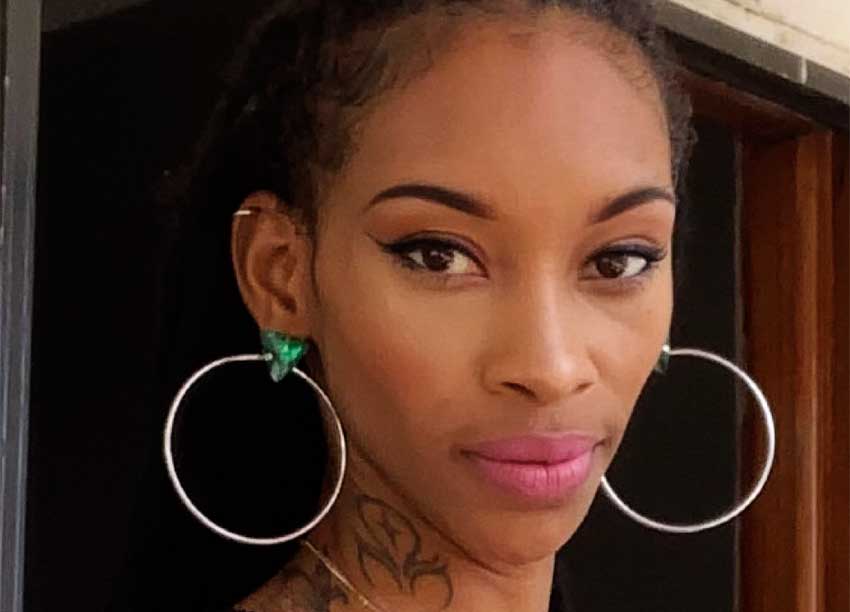 This Saint Lucian singer/songwriter hails from the community of Mon Repos, Micoud.

She has been singing from a very young age and has participated in pageants in both Mon Repos and Vieux Fort whilst attending school, displaying talents of singing, acting and dancing.

She went on to school in Barbados and while residing there, she entered a National song competition where she wrote an original song which was one of the top selected songs of the finals.

Upon returning to Saint Lucia she participated in Digicel Rising Stars in 2008 and was chosen by the public to represent Saint Lucia in Barbados in the finals.

She has been very persistent with her singing career and in 2012 launched officially at Club Legacy in Vieux Fort releasing one of her three songs that same year, ‘Fling Left’ followed by ‘Hold On’ and then ‘Missing You’, a track written by her and produced by the late Francis ‘Leebo’ DeLima of Heights Music. In that same year, she became a member of the Take Over Tent where she took to the stage with Soca and made it to the finals in 2015 with a popular song “No Gyal Can Take My Man”.

Nickler took a four year hiatus and chose this time to go abroad for a few years, spending time in the UK and Germany. She found this was an opportune time to hone her skills and explore new things pertaining to her music. She began learning and experimenting with instruments and fell in love with the acoustic guitar and realized that it was a fundamental instrument which would contribute to improving her writing and her sound. This was also the opportune time to hone her skills as a singer and improve her vocals through voice training.

The experience abroad was an education in itself, but this Saint Lucian artiste yearned for her roots and culture and so returned home and embarked on recording and releasing her latest track ‘Tindi’ featuring Saint Lucian Rapper Ichi Ban. This song written by her is a fusion of Folk, Pop and Club music which is right on time for Saint Lucia’s biggest Cultural Event – JounenKwéyòl during the Creole Heritage Month. Her first performance of her new song ‘Tindi’ was at a local Food Fair on World Food Day that took place in Castries on Sunday, October 13th, 2019.

Nickler says “writing the song ‘Tindi’ was reminiscent of my childhood days. It took me to a place when we were young and free. I attended the Mon Repos Combined School where we would play our ring games behind the school dancing with our peers, while clapping our hands.” As a singer/songwriter she says “Music is love and it’s not about chasing dreams, nor competing with others. It’s all about expressing your authentic self”.

Nickler has proven to be a singer/songwriter who is diverse in the genres of music she writes and performs. She looks to surprise her fans in the near future, and is already in studio with producers recording and getting ready to release new material. Look out for this young, talented artiste that strives for a high quality of artistry and comes out to excite with her unique performances.