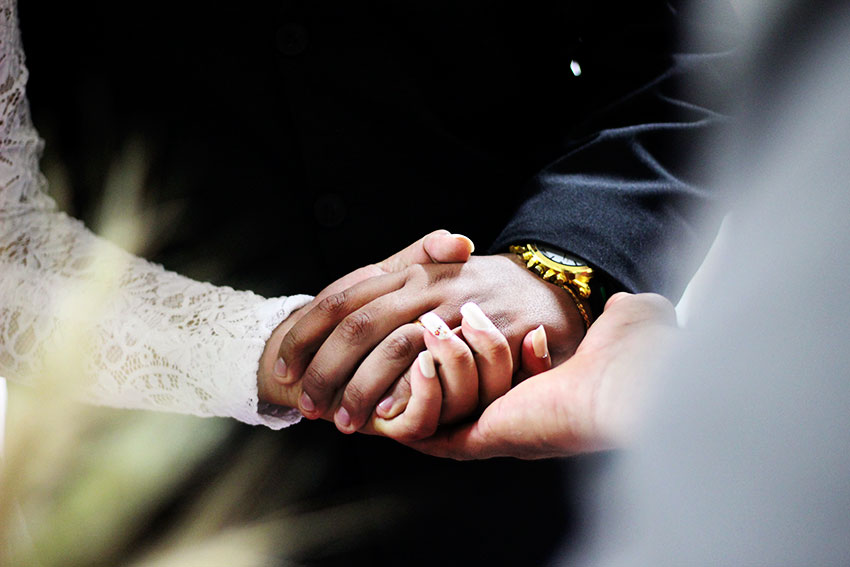 IN St Lucia today some communities and of course the people living there have not experienced or witnessed a couple getting married for as long as the last five years. This is so because marriage is not a priority for many individuals or couples, both young adults and mature people. It is a fact that more of our people live in common-law relationships; in a single or disengaged kind of independence or even visiting partner relationships; than those who are married. It must be said, in addition, that a very significant percentage of the functional families of our land are of single parent status. This is our reality.

Social Science defines single-parent families as families with children under age 18 years headed by a parent who is widowed or divorced and not remarried, or by a parent who has never married.

The most common type of single-parent family is one that consists of a mother and her biological children. Research in the USA in 2002 shows that 16.5 million or 23 percent of all children were living with their single mother. This group included 48 percent of all African-American children, 16 percent of all non-Hispanic white children, 13 percent of Asian/Pacific Islander children, and 25 percent of children of Hispanic origin.

Single-parent families face special challenges. One of these is economic. A 2002 study (again using statistics from the USA since it is readily available) shows that twice as many single-parent families earned less than $30,000 per year compared to families with both parents present.

The well-being of our society, the success of our Church and the prosperity of the nation all depends on what happens with family life and the home. The future of our society depends on the manner and morals of our children and how they were brought up. As the youth are educated and their character molded in childhood to develop good habits like self-control and temperance so will their influence be on our society. If they are left unenlightened and uncontrolled and as a result become spoiled and ill-disciplined in their appetite and passion so will their influence be in molding our society.

Most people however, are not aware of the advantages of marriage due to their weak perspective. But marriage comes with many benefits. Being a married couple, one can not only earn more money but one can also lower expenses and save extra money. If both husband and wife are earning then the two incomes might add up to a guaranteed financial security. Companionship is also certain. Marriage allows one to have a partner for life to share everything with.

In addition to the aforementioned social and religious acceptance is key. The relationship will get religious and social acceptance when the couple gets married. It is often said that people who are single feel more burdened by life’s hardships. Whereas, married couples have their partners for support and comfort at all times. Marriage no doubt provides a companion to grow old with. Also a couple has the freedom to multiply or procreate since husband and wife will feel the need to have children. As it is, life is meaningless without a family. Since marriage is the foundation for a family there should be no restrictions. Finally marriage allows us to fulfill this desire of having children so as to enable one to succeed with bloodline. Now being a parent is an aspect of adulthood that every person wants to experience and marriage provides the best opportunity. Through marriage one can prove his or her love by giving the partner a lifelong commitment and taking the responsibility to be with them in every aspect of their life. Married couples tend to be happier than unmarried or divorced people. Let us not forget we all need to love and to be loved which is the ultimate. A healthy marriage forms the ideal context in which to bring about that love.

Above all else we have to follow God’s plan and anything less should be considered an act of disobedience. Scripture guides us in the way we should live.

Genesis 2:18: “Then the Lord God said ‘It is not good for the man to live alone. I will make a suitable companion to help him.’ ”

Mark 10:6-9: “But from the beginning of creation, God made them male and female. For this reason a man shall leave his father and mother, and the two shall become one flesh; so they are no longer two, but one flesh. What therefore God has joined together let no man separate.”

1 Corinthians 7:1-2: “Now regarding the questions you asked in your letter. Yes, it is good to abstain from sexual relations. But because there is so much sexual immorality, each man should have his own wife, and each woman should have her own husband.”