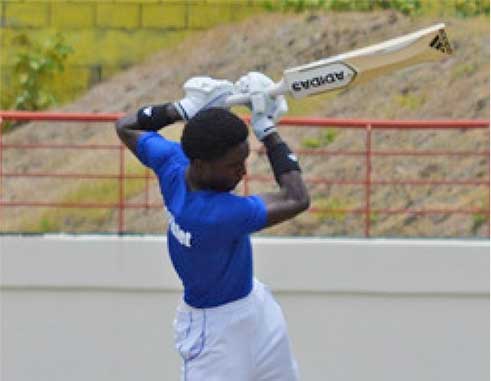 THE West Indies Under-19 Rising Stars are continuing their preparation for the ICC Under-19 World Cup in South Africa slated for January 2020 with a ten-day camp in Antigua from Friday 13th – Monday 23rd September 2019.

Following the camp a squad will then be selected to participate in the first ever tri-nation Under-19 Rising Stars One-Day International Series to be hosted in the Caribbean against England and Sri Lanka from Friday 6th – Saturday 21st December.

“The ten-day camp will focus on getting the players to understand the game strategies required to win an ICC Under-19 World Cup,” said Coach West. “We will be looking to establish player roles and the specific skills they will require to deliver winning performances. The skill work at the camp will be focused on producing greater consistency and efficiency for all situations.

He continued: “We will work through game scenarios to build greater game awareness and understanding. Additional practice matches will be played to assess the progress that has been made and the learning that took place at the trial matches in St Vincent.

“It’s also important that we formulate team values which underpin the behaviour, mindset and performance of the squad on and off the field,” the coach added.

Coach West further highlighted some players from the Under 19 setup that Caribbean cricket fans can look out for based on his work with these young players during the last 12 months.

“Kimani Melius, who is the only player with first-class experience in the squad, Leonardo Julien, and Jayden Seales are three players who were part of the CWI Development Team that played in last year’s Super50, so they are the three senior players in the set up,” said West.