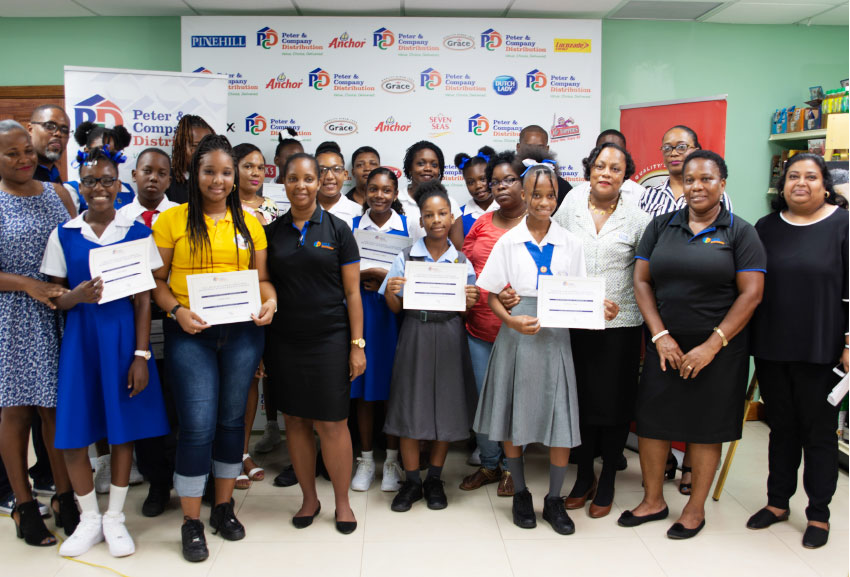 Both parents and children were thrilled to receive the awards presented by the company, knowing they will go a long way. The Peter & Company Ricardo Leonard Scholarship was named in memory of the late Ricardo Leonard who was the former CEO of Peter & Company Distribution. In a feature address at the ceremony, Kalloo remarked, “While I never had the opportunity to know Mr Leonard, a generous and visionary man who treasured education, self-development and personal growth, I identify with his values and his journey as they are closely aligned to my own.” She added that the scholarship award was named to celebrate the legacy, spirit and ideals of Ricardo Leonard.

Kalloo saluted the awardees for their hard work and dedication, and recognised their parents for their commitment to both family and Peter & Company Distribution. Ariel Leonard, daughter of Ricardo Leonard, delivered a speech at the ceremony in which she highlighted her father’s own academic achievements and love for learning. She spoke words of encouragement to the young recipients of the awards; urging them to strive for excellence in their endeavours. The enthusiasm with which the students accepted their awards was a reflection of the passion with which they will make use of them. The Ricardo Leonard Scholarship Awards have shaped the lives of countless Saint Lucians throughout the years of its existence and will continue to do so.

Peter & Company Distribution has widely been considered to be Saint Lucia’s premier distributor of some of the world’s leading and iconic brands of food items, household, pharmaceuticals, wines and spirits. It is a 100 percent wholly-owned subsidiary of Caribbean Distribution Partners Limited which is a fifty/fifty joint venture between Agostini’s Limited and Goddard’s Enterprises Limited.