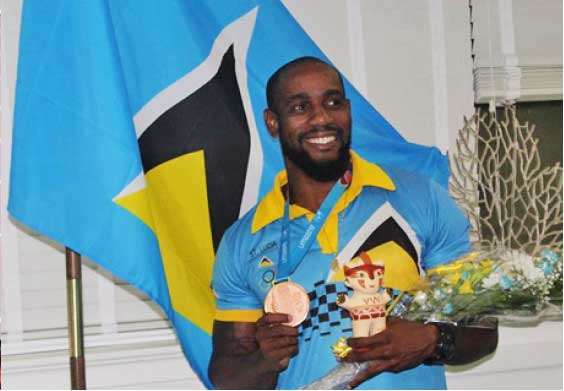 SAINT LUCIA’S two time Male Athlete of the Year and reigning Sportsman of the Year, Albert Reynolds has accepted an invitation to compete at the IAAF World Athletics Championships in Doha in September 2019.

The national record holder in the men’s javelin throw, Reynolds was told of the invitation and accepted on Friday 20th September. The said Meet is scheduled to run from Friday 27th September to Sunday 6th October.

Reynolds, the 2019 Pan Am bronze medallist missed the initial qualification list, released earlier; he nevertheless has benefitted through the absence of other invited competitors in his field.

According to the IAAF, “We have the opportunity to open entries for one last short window in some events where we have yet to reach maximum target entry numbers. With one week to go before the start of the Championships, we want to open up that opportunity as it is important to us that we give every opportunity to our leading athletes to compete in our showcase Championships.”

Saint Lucia’s other competing athlete at the IAAF World Championships is multiple Sportswoman of the Year Levern Spencer; Spencer holds the title of the western hemisphere’s best high jumper.

She has been on an incredible 10 month run which has seen her win gold medals at the Commonwealth Games, Pan American Games, CAC Games and the NACAC Championships.