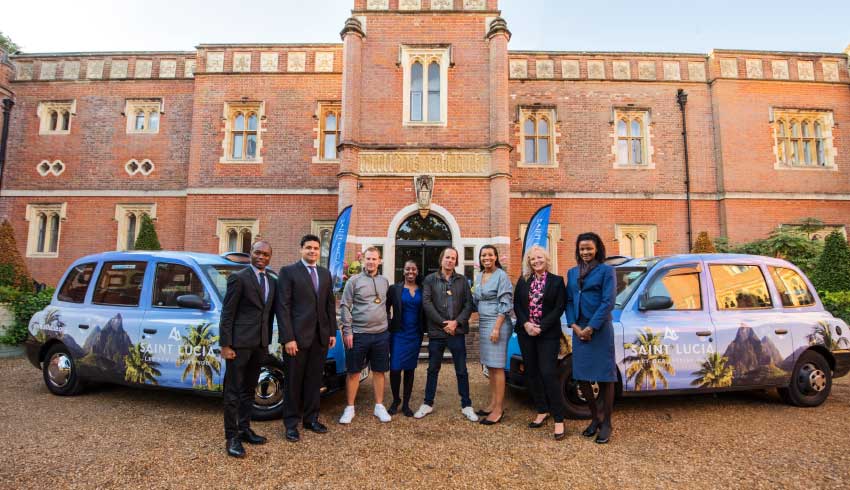 To begin the week, the Minister for Tourism, Information and Broadcasting will host an inaugural charity cricket match. Taking place on Sunday 8th September the Minister’s XI will take on their opponents for the day consisting of hotel partners, media and tour operators. The event ‘Bat for a Cause’ will raise much-needed funds for the Saint Lucia Diabetes Project UK. Helping the cause on the Minister’s team are two professional cricketers – Darren Gough, one of the UK’s best fast-bowlers and Chris Adams, a first-class batsman and slip-fielder for Sussex, Derbyshire and England.

Throughout the Saint Lucia Showcase, a series of networking meetings and events will take place covering Saint Lucia news, tourism developments and new information on accommodation and excursions. Key annual elements include a media lunch, a meet and greet for Meetings, Incentives, Conferences & Exhibitions (MICE) buyers, the Appreciation Dinner for senior UK travel personnel and a full day of combined training with an experience of cocktail and chocolate making dedicated to travel agents.

In attendance will be Saint Lucia’s Minister for Tourism, Information and Broadcasting Dominic Fedee; Chairman of the SLTA Board Nicholas John and SLTA’s Chief Executive Beverly Nicholson-Doty.

Key partners of the SLTA will also participate including hotel owners and their UK representatives, airlines and Destination Marketing Companies (DMCs) swapping ideas and updates with travel agents and tour operators. Highlighted programme items include a series of down-the-line radio interviews launching new research into British holiday priorities as a platform to highlight the Village Tourism Programme. There will also be an evening of Saint Lucian cooking for specialist food media. Chef Shorne, a highly respected Saint Lucian chef currently based in New York, is visiting London to host an interactive culinary lesson to take place at London’s newest and most sought after cookery school Mimo London.

Beverly Nicholson-Doty, Chief Executive for the Saint Lucia Tourism Authority said: “I am really looking forward to meeting our British partners. We have much to thank them for and it is imperative that we find out how we can continue to work together for optimum effect. We will update the UK trade on all aspects of our work including our largest ever advertising budget to further drive stay-over arrivals.”

This year’s Showcase will culminate in the 26th Gala Awards dinner at Wotton House in Surrey, with luminary actor Josef Marcell hosting the proceedings to celebrate Saint Lucia’s 40th Anniversary of Independence and recognize those partners who have contributed the most.

The destination has seen a healthy rise in year-to-date arrivals of 6.5% globally (June 2019). Saint Lucia’s Summer Festival goes from strength to strength to help grow visitor numbers. In 2019, the exciting new Saint Lucia Jazz Festival in collaboration with new partner, Jazz at Lincoln Center in New York was launched. This kicked off the festival season on island with events that celebrate culture, music, food and good times. Saint Lucia’s Carnival has grown in popularity and reputation in recent years, largely due to the innovation in Saint Lucia’s music scene from the Dennery Segment. Roots and Soul, now in its third year was another success drawing global artistes to the stage.