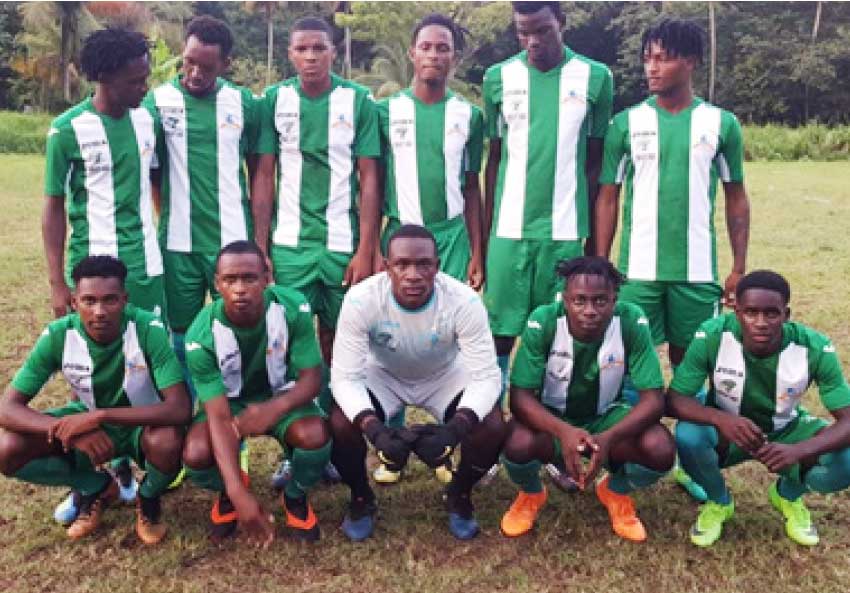 On Sunday 25th in the first encounter Vieux Fort South defeated Micoud 3 – 1 after the first half ended 1 – 0 in their favour.

They got their goals from Gregson President in the 9th minute, Noah Nicholas in the 60th minute and Antonio in the fifth minute of added on time.

Andre Joseph scored for Micoud in the 71st minute.

In the second game played Desruisseaux and Gros Islet played to a 1 – 1 draw.

Chad Flavius scored for Desruisseaux in the second minute of play, while Tonius Simon equalized for Gros Islet in the third minute of added on time.

On Saturday 24th August 2019, Canaries continued their winning ways when they edged out Laborie 3 – 2.

Stephen Longville shot Canaries in the lead via the penalty spot in the 44th minute as the half ended 1 – 0.

On the resumption Martinus Williams equalized for Laborie in the 54th minute; Donavan Jn. Baptiste made it 2 – 1 for Canaries in the 75th minute and before Laborie could react David Henry made it 3 – 1 in the 78th minute.

Shervin George pulled one back for Laborie in the 89th minute.

In the evening’s second encounter home team Babonneau and La Clery played to a 1 – 1 draw.

O. Edward scored for Babonneau in the 28th minute, while Travis St Pierre scored for La Clery in the 44 minute.

Meanwhile, with the impending Blackheart Super Eight around the corner the Island Cup top Eight is yet to be decided.

Thus there are four final spots left for grabs, two from each group.

It is noticeable that from Group A four teams will be fighting for these remaining spots with Vieux South better poised, needing at least one win from their remaining three matches.

The other three teams in the mix are Desruisseaux, Gros Islet and Micoud, the latter heavily dependent on Vieux Fort South winning all their three matches in order to advance.

In Group B, Mabouya Valley has the advantage with two games to play in comparison to their other two rivals, Dennery and Babonneau.