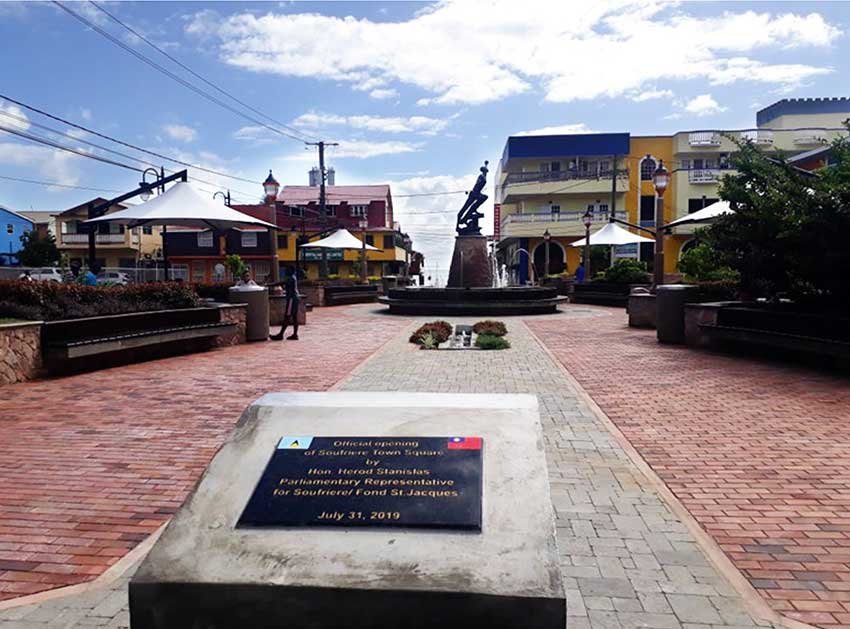 Subsequent to our conversation in respect to your concerns about the Soufriere Square and St Jude’s Hospital, I am amazed that you found the time to write an article headlined “The Soufriere Square three Years Later… Oh What a Tangled Web!” To write an article on the subject based on the information and response I provided, but more importantly, you appeared to understand the reality. The Soufriere Square was redesigned by the State Architectural Division of Physical Planning under the guidance of Mr Poyotte – An Incredible Visionary. Interisland Architects has its strength, but ultimately relies on their inhouse personalities to produce a plan and in this case their chosen personality in the view of the current administration did not catch the vision for the Soufriere Square and for now enough said, as it is not in my place to define the works and aspirations of architects. It must be taken into consideration that building a square is a lifetime aspect hence the reason for exercising patience in getting it right.

St Jude is again a similar situation as hospitals are not built all the time, consequently we simply have to revisit Victoria Hospital which was constructed over 75 years ago and continues to serve the nation. What was found at the reconstruction site of St Jude was a group of buildings not in keeping with a practical and modern-day facility and to spend another one hundred million and end up with a facility which could not function adequately for another 60 years made little financial sense. The adage that the first loss is the best loss holds strong and unfortunately this was the reasoning for the delay and subsequent decision to get it right. The public’s concern was justified in the absence of the relevant information, but as mentioned to you Stephen in the long run the nation will be the beneficiary. I appreciate the fact that your board of directors have not grasped the concept of the Square and St Jude, but you can rest assured that in due course they will come to terms with the right decision similar to all the projects they have opposed over the last 15 years.