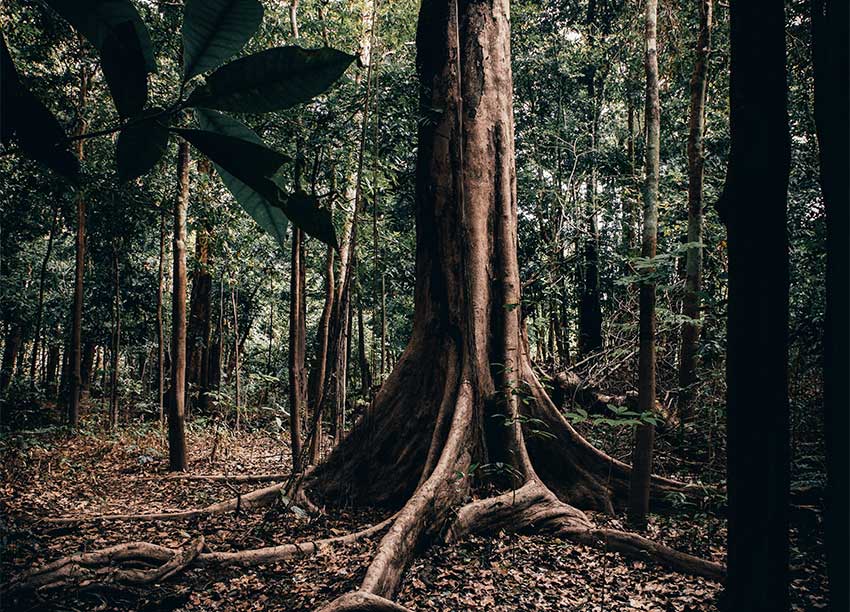 The largest rainforest on the earth, The Amazon Rainforest, often referred to as “the earth’s lungs” supplying us with 20 percent of our oxygen has been on fire for 18 days now. This news is alarming on several fronts, particularly with the knowledge of the role the Amazon Rainforest plays in helping to stabilize the global climate. The Rainforest is also “thelargest collection of living plant and animal species in the world,” according to Raintree, an advocate for the preservation of rainforests.

Three years ago the world saw Brazil celebrating nature and encouraging environmental preservation, but now with every passing minute that the Amazon Rainforest remains on fire, a football sized pitch is burnt to the ground. Brazil has already declared a state of emergency over the fires, EuroNews stated.

The hashtags #PrayForAmazonia& #AmazonForest are trending worldwide on twitter to spread awareness of the crisis. Following these threads tells a story of sadness on the part of the people from all over the world watching this disaster play out, all saddened by the news and over how long it took for the fire to make national headlines. Horrific images and videos are all over social media showing the destruction of the lushgreenery of the Amazon, which spans over a billion acres stretching over Brazil, Venezuela, Colombia and the Eastern Andean region of Ecuador and Peru.

Several Instagram users posted this week about the disaster,including a user who expressed, “The loss of trees and the loss of biodiversity is accelerating climate change… yet nobody is saying a word! Nobody is doing anything for our largest rainforest in the world!”

Another wrote: “Mother Nature is angry with us… so we all need to wake up ASAP before we suffer some major consequences due to our irresponsible behaviour and inaction. Spreading awareness to everyone right now is crucial to saving the rainforest from destruction!”

In the city of Sao Paulo Brazil, Monday afternoon at 4:00 p.m. the sky turned pitch black, not because of a solar eclipse or any other cosmic event but due to fumes from the forest fires in the Amazon Rainforest. Powerful winds carried the fumes of the forest fires nearly 1,700 miles.

“It was as if the day had turned into night,” resident Gianvitor Dias told the BBC. “Everyone here commented, because even on rainy days it doesn’t usually get that dark. It was very impressive.”

The thick fog of smoke was not only seen in the sky by residents in Sao Paulo, but also from outer space; NASA captured images of the fumes from above. According to a release by NASA, “Though the Amazon Rainforest has been fire-resistant for much of its history because of its natural moisture and humidity, drought and human activities are causing wildfires.”NASA further added, “The intensity and frequency of droughts in turn, have been linked with increases in regional deforestation and anthropogenic climate change.” The New York Post also wrote an article about the ongoing fires of the Amazon Rainforest, where they are quoted saying: “Santiago Gassó, a researcher at NASA’s Goddard center, warned that the smoke layer stretched about 3.2 million square kilometers over Latin America. That area is equivalent to about 1.2 million square miles — roughly one-third of the United States.”

The National institute for Space Research (INPE) said on Monday the number of forest fires in Brazil have increased by 82% to 84% from January to August 2019 compared to the same period last year. According to INPE, a total of 71,497 forest fires have been recorded in the country within the first eight months of 2019, whilst in the same period last year a total of 39,194 was recorded in 2018. Alberto Setzer, a researcher at INPE, informed that investigations showed that a significant number of fires recorded werethe result of human activity, both accidental and intentional.

“Ignition is essential for a forest fire, and this Central Brazil and south of the Amazon Rainforest region has been undergoing a prolonged drought; there are some places where not fallen a drop of rain has fallen for three months,” Setzer shared via the news site G1.

The newly elected president of Brazil who took office in January, Jair Bolsonaro is under fire. Activists and conservationists have blamed Bolsonaro for the Amazon’s demise, saying he is encouraging loggers and farmers to clear and destroy the land. Bolsonaro’s polices regarding the environment, to explore the Amazon’s economic potential have sparked controversy.Rising to power he said he wants to weaken the laws that protects the Rainforest, and has attacked the civil servants whose job it is to guard the trees. But according to an environmental official in Brazil in a BBC news report, “It feels like we are the enemies of the Amazon, when in fact we should be seen in a completely different way, as the people trying to protect our ecological heritage for future generations. They don’t want us to speak because we’ll say the truth, that conservation areas are being invaded and destroyed, there are many people marking out areas that should be protected.”

Environmental activists, conservationist and organizations such as the World Wildlife Fund (WWF) warn that if the Amazon Rainforest reaches a point of no return, the rainforest could become as dry as the Savannah, and it will no longer be habitable for wildlife and flora. If this happens, instead of being a major source of oxygen in its place carbon will be emitted – the main driver of climate change.