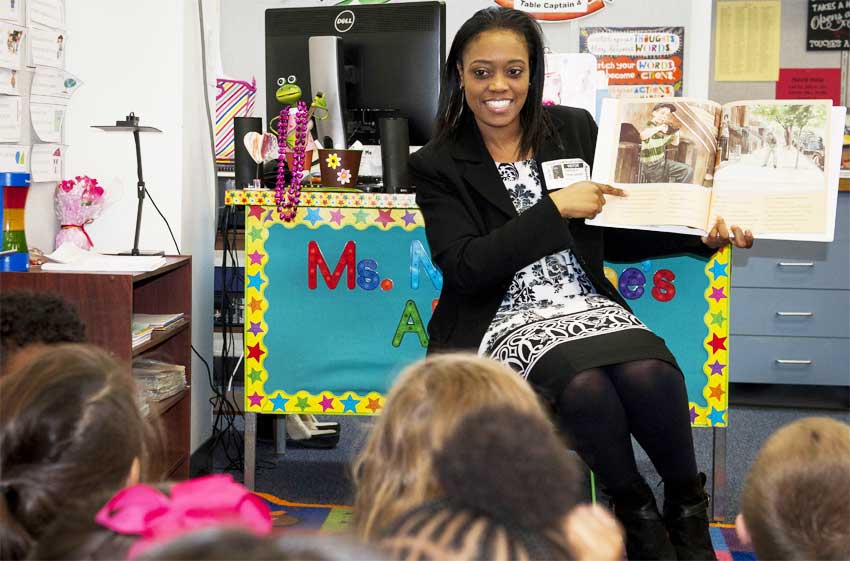 For young people in particular, the secret to success lies in something my grandmother shared with my cousins and me many years ago, based on her own experiences: ‘Not everyone is good at the subjects, but everyone has a talent… something they can do better than everything else.’

My grandmother was a teacher, and she always had good advice. One of her mantras that will forever sit with me is, ‘be thankful for what you have, and don’t think about what you don’t have.’

She lived this to a T. I can’t recall ever hearing my grandmother complain about not having anything. She always seemed quite content with the things that she did.

She’d started teaching at the age of 15. Her mother Fernanda Thomas (Miss Di) had started a school, in an impoverished area of Saint Lucia, which was eventually taken over by government because it had grown too big for them to manage on their own. She frequently, still today, talks about walking with her mother to that school in Millet, now the Millet Infant School, every Monday morning, and walking back home to Castries on Friday afternoons. Someone in the community had provided a place for them to stay during the week.

My cousins and I are lucky for her stories. We would be fortunate to have half her ambition, and maybe even her memory. She’s 94, and speaks about most things like they happened just yesterday. Like that one day when I was sitting in her balcony overlooking the main road and I noticed a vagrant passing by. He was kicking a bottle by the side of the road.

“Manford Toad,” my grandmother said at the time.

She knew him by name. She shook her head as though she remembered something that filled her heart with sorrow. “Poor boy,” she said. “His mother was a drunk. The boys had no care. Their mother used to pass and fall in my drain. When they came to school they had no breakfast. We had to feed them. He was in my class for a few months. When you saw him once, three weeks would go by and you wouldn’t see him again. He would come to school with nothing to write on. He and his brother. He was a very good footballer but didn’t continue. He had no one to encourage him, or to feed him…”

Looking at the man she spoke of today, clothes torn and tattered, I would have had no idea of any of his history. But this was something my grandmother remembered vividly. That day she spoke about how it happened too often, that children tried, but just didn’t have the right opportunities, or the right parents.

She recalled another boy from her days of working as a teacher at the Marchand Primary School. His name I’ve long since forgotten, but I am certain she has not. According to her accounts, he was “a miserable child”, and no one wanted to teach him.

“Miss Richards took him,” she said. “She knew exactly how to deal with him. She’d call him to clean the blackboard for her and he’d feel proud. When she left the classroom she’d ask him to watch the talkers and he felt big. He felt important. She would sit with him and explain things to him, and he liked that.”

“He got in trouble a lot, but his parents never came to the school,” she added. “One time the principal went to his house. His mother was there ironing dressed in her panties. The Principal was at the door, but she wouldn’t tell her to come in. She wouldn’t go put clothes on either, she just said, ‘Me… that boy coming in whenever he want’. He was 12. His father was not around. He was raised with the mother. Then we realized that’s why he was the way he was. Sometimes the parents are to blame.”

Years later my grandmother was still both amused and dismayed at the boy’s reaction when he found out his school’s principal had gone to his home.

“He took stones and pelted them at the school!” she said, and then our conversation took a grim turn. “He’s dead now. He was shot some years back at carnival.”

Our conversation ended in the same roundabout way it had begun, in trying to find out the thing that prevented some young people from having happy and ‘successful’ lives, while some were privileged to be born with a silver spoon.

“You can’t blame the children sometimes for what they become,” my grandmother said. “There could be something happening at home, you don’t know. They can’t help themselves. Sometimes there’s a reason. We must try to help the ones that we can.”

My grandmother, Orphana Evariste White-Williams, received a plaque of appreciation from the community of Millet some years ago on behalf of her mother, and the contribution they both made towards the advancement of education in Saint Lucia.